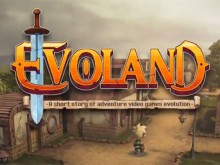 My intentions were to sort of follow the basic chronology of the Zelda clones, doing all the early 8 and 16-bit ones first and working my way up to the newer ones. But then Evoland happened. And while in many ways it is in an entirely different genre of video games (meta? Is that a genre?) it is absolutely a Zelda clone to point that it basically tells the technical history of Zelda (and by extension all action-adventure games) up through to the 3DS games. It also branches off and allows you to play through the history of RPGs as well, but more on that in a bit.

So just what is Evoland, and how is it a Zelda clone? Jump on inside to find out! 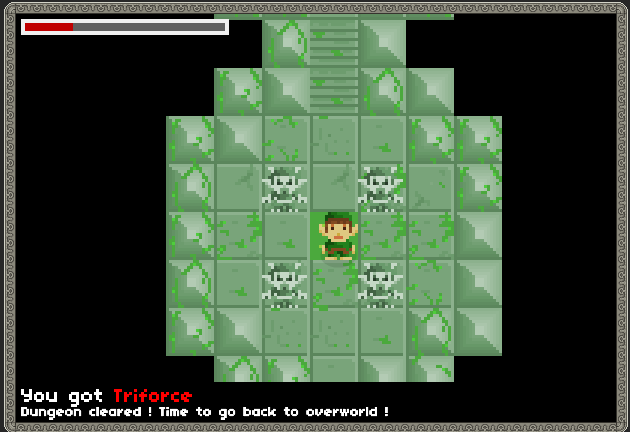 Evoland has an interesting history. Originally it started out as an entry for a contest back in August of 2012. Ludum Dare is an interesting contest for indie game developers, challenging a single developer to create a video game from scratch in only two days on a specific theme. Afterwards, the participants have three weeks to play and rate each other’s games. The theme in this instance was “evolution” and Nicolas Cannasse took up the challenge and decided to show the evolution of action-adventure video games. Out of 1406 entries, his received the highest marks and won first place. This version of the game is now called Evoland Classic and is available to play for free on his website. However, the game itself has evolved and became much deeper, bigger, and more detailed. That version has now taken over the name “Evoland” and is available for purchase on Steam. He has even said that he is considering a 3DS version.

So just what is this game and why is it a Zelda clone?

Let’s just start off with the main character. In Evoland Classic (the original version) he was clearly a recreation of Link: the green tunic, the famous hat, the pointed ears… there was no denying who this was meant to look like. In the newer version of Evoland, however, his look has been revised a bit (likely to avoid copyright issues) to swap the “Link hat” with a bit of headgear, swap the brown hair for blond, and the green tunic for… green shirt and pants.

The gameplay is where things get interesting. It starts out as a nearly-blatant ripoff of the original Legend of Zelda, moreso, even than Neutopia. But the difference here is that this game isn’t trying to steal from Nintendo for the sole purpose of making a dirty profit, but tell the story of the technical advancements of the action-adventure genre (and then–later–the RPG genre) bit by bit. It starts out using Zelda as its vehicle. You can only walk in four directions and can only stab forward in those four directions with your sword in a very basic 8-bit Game Boy-looking graphical style. You progressively open chest after chest, each one giving you a new ability: the ability to use keys, the ability to have a health meter (hearts in the newer version of the game), to talk to NPCs, to solve puzzles. It basically just keeps unlocking each aspect that makes a Zelda game a Zelda game, step by step. Eventually you unlock 16-bit graphics, and then later on something that looks very similar to the Phantom Hourglass/Spirit Tracks overhead-yet-3D-models style. 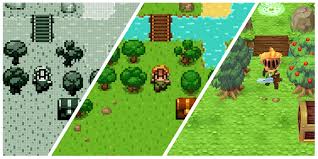 In this way, it sort of tells the evolution of Zelda from Link’s Awakening to A Link to the Past (which is the other way around, actually, but ah well) to Phantom Hourglass (the “Classic” version, however is a bit different and tells the story from what looks like maybe Atari-style graphics, to NES, to SNES).

And then things get a bit different. It adds in some 16-bit era Final Fantasy, some Secret of Mana, and some Chrono Trigger styled stuff for good measure in the newer version of the game.

Truth be told, at this point I’ve only played the “Classic” version which is much more Zelda-oriented. This version is extremely short. I think I completed it in under an hour. I’m not sure exactly how long the version on Steam is, but my understanding is that it’s much longer and much more detailed and actually has a bit of a story instead of being so focused on being “meta”.

Have you played Evoland? What did you think of its quirky theme? Let us know in the comments!