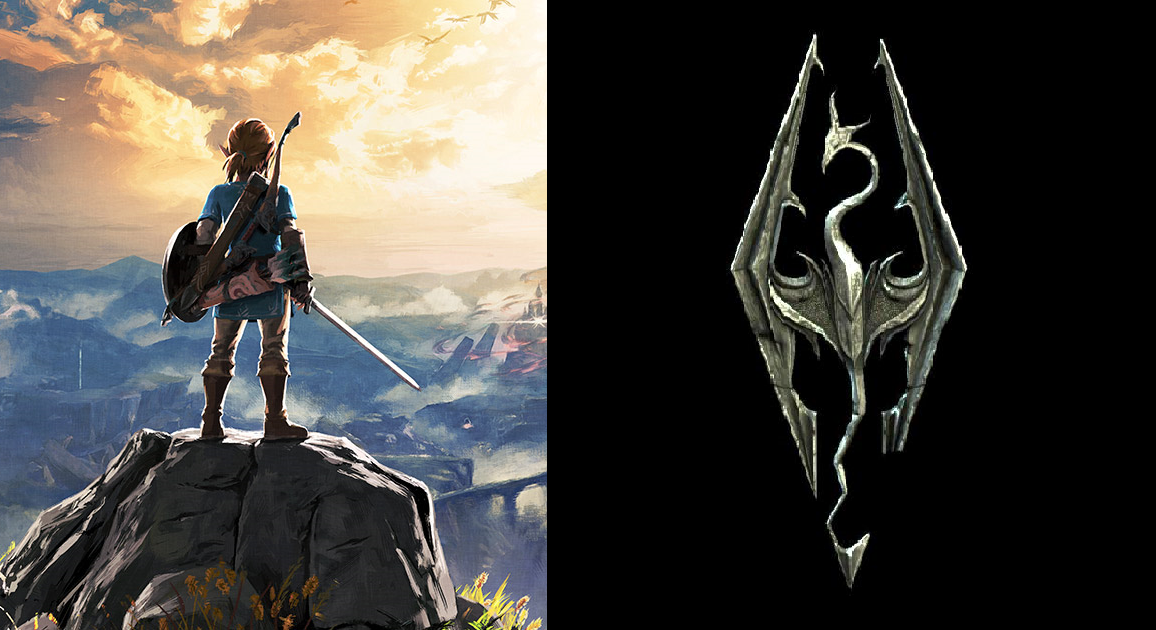 It shouldn’t come as a surprise that Breath of the Wild was heavily influenced by other open-world titles, beyond just the first Zelda game. One of the biggest influences of course has been The Elder Scrolls V: Skyrim. According to Eiji Aonuma, this tremendous sandbox RPG was definitely looked at during the early development of the latest Zelda game.

During a recent interview with GameSpot, Aonuma, along with Breath of the Wild director Hidemaro Fujibayashi, talked about the development process for the newest Zelda game. Of course, the main topic discussed was looking at other games for influence during the creation process. Fujibayashi admits they didn’t look to other games from which to pull gameplay elements or features.

But, speaking of other games, Aonuma does confirm that Skyrim was one of the games used to learn more about the challenges of making a sandbox game. They needed guidance since the team had never tackled a Zelda game this big before:

“Eiji Aonuma: In the past I’ve also actually said that I have played Skyrim, so it’s not necessarily that I don’t play games, but we don’t look at it from, ‘Oh, what kind of things can we take from this game?’ It’s more of like, ‘How can we prepare for this? What should we expect from games like this?’

And so we also think about how many people we might need, or how we can make it improved, or with the number of people. We would collect data and then work and see what worked, what didn’t.”

What do you folks think of this? Are you at all surprised that Skyrim was researched for Breath of the Wild? Let us know in the comments below!