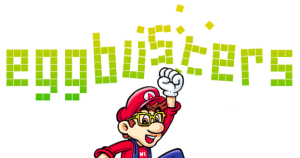 Eggbusters is back this week with a new episode featuring an interesting pair of glitches found in Majora’s Mask. Of the many glitches abundant in all of Termina, the two practiced by none other than Austin himself involve possessing Epona and Fierce Deity Link in ways they weren’t intended to be. Hit the jump to see what happens!

Though there are several known glitches that involve Epona and Fierce Deity Link, the ones covered by Eggbusters might be some that you have yet to try. In short, the glitch involving Epona eventually allows the player to ditch Link and freely roam about as an independent and not so “trusty” steed. The second and more popular glitch allows the player to use the Fierce Deity Mask any in Termina upon activating the glitch. Warning: This video contains explicit language.

I have to admit, leaving Link suspended in the air in what seems to be an eternal and painful transformation is totally worth galloping around as Epona herself in the little space you have. And although there isn’t much to do with Fierce Deity Link outside of battle, it’s fun see him tower over everyone in Clock Town. Have you given any of these glitches a try? If not are you planning to? What other Majora’s Mask glitches have you seen? Tell us in the comments below!