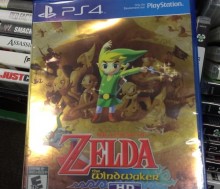 For some gamers, there has always been the slight hope that Zelda will one day appear on other consoles. April Fools jokes appear to have started early in Canada when a local EB Games displaying a familiar title on a foreign console in order to see customer reactions.

Make the jump to check out a larger version of this mock-up of The Wind Waker. 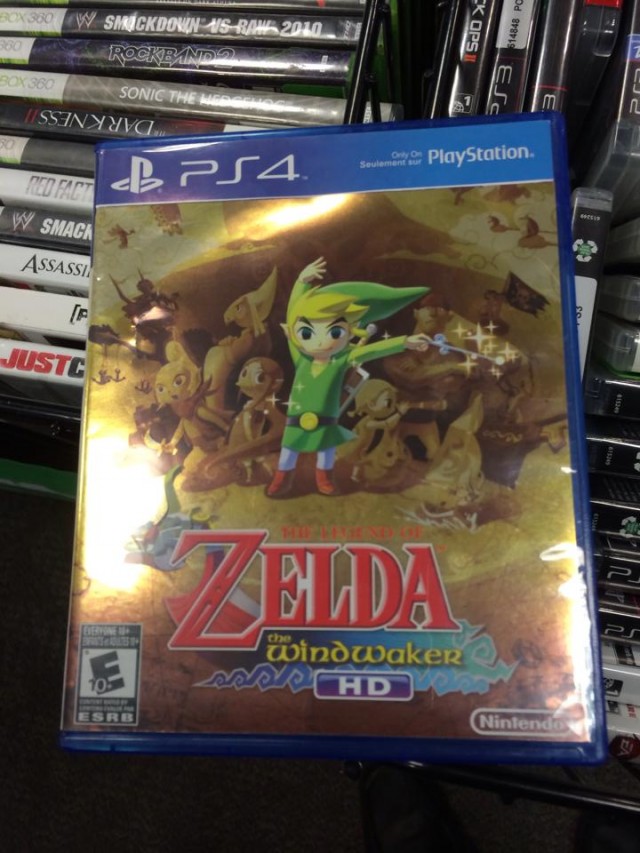 At first glance this picture could raise a number of responses. Is Nintendo releasing titles to other consoles? Is this a joke? Have I missed something? To answer these questions, this February 1st posting is a fraud. A clerk, who works at the EB Games store, had this box made in an attempt to make a joke and see people’s reactions.

Interestingly, the back of the box is still the same as the regular Wii U game case. The GamePad’s features still appear on the back of the case as if the PS4 uses the GamePad. So no, this isn’t any leak towards Nintendo possibly moving on to other consoles.

What do you guys think about this “joke”? Is it too much? Or can this be a good opportunity for a great laugh?