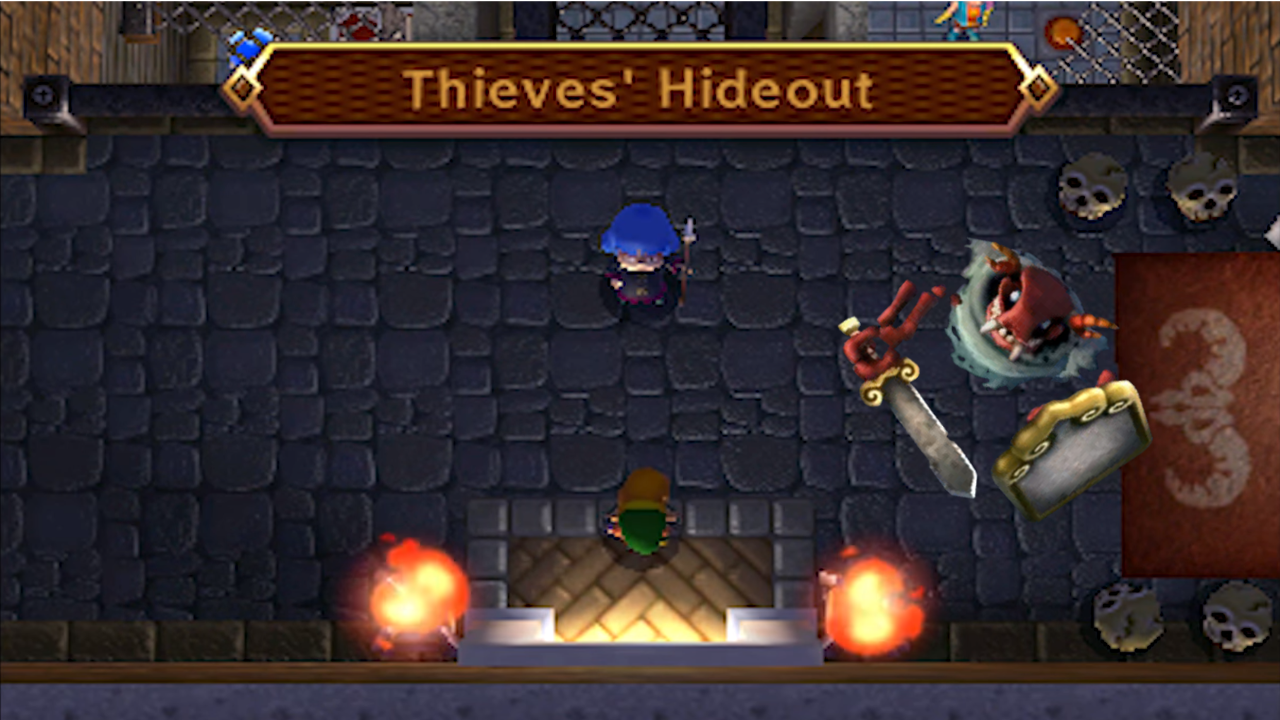 If one was to describe the qualities of a great Zelda dungeon, the list would certainly include things like intuitive design, innovative puzzles, and memorable boss encounters. And while I completely agree that these elements are essential toward a dungeon’s success, there is an additional consideration that I believe raises certain labyrinths above the rest. That consideration relates to how well a dungeon explains its purpose and functional utility within the game’s setting. Beyond just servicing gameplay, I appreciate dungeons that make sense logically within the confines of its game world. I like when a temple, or a cavern, or a sanctuary, or a mine feel as such, based on things that Link may find inside of it.

Why does the Great Bay Temple, a presumed place of worship, look more like an industrial pump station? In what ways does the City in the Sky at all resemble a serviceable living space? How did the insides of the Deku Tree get outfitted with functioning switches, doorways, and mechanisms?

These are of course asinine questions in the grand scheme of things, as gamers regularly suspend disbelief when presented with an environment intended for gameplay. But for a game series so dedicated to storytelling and world building, why shouldn’t these dungeons fit well within a game’s setting.

There are indeed a handful of dungeons that I feel accomplish this task. Ocarina of Time‘s Gerudo Training Grounds, Twilight Princess‘ Goron Mines, and Skyward Sword‘s Sand Ship all do a pretty good job contributing to the living, breathing world constructed around them. But the dungeon I appreciate most in this regard is Theives’ Hideout from A Link Between Worlds. Thieves’ Hideout lays hidden under the aptly named Thieves’ Town, acting as both a clubhouse and storeroom for the many crooks, burglars, and misanthropes that live in the village above. Yes, the hideout is a designated dungeon; but beyond that, it’s a believable part of the town. Zelda dungeons often feel as though they occupy an entirely different universe from the rest of the overworld map, but Thieves’ Hideout feels as though it occupies the same physical space as other Lorulian locales.

Before Link can step inside the stone walls of the hideout, he must first collect parts of a password song and present the correct lyrics to a guard at the door. Our hero explores Thieves’ Town, getting know the lowlifes that presumably oversee the dungeon he’s about to pillage, giving an added degree of realism to the whole endeavor. The baddies that occupy the dungeon aren’t just random monsters; they’re members of the same gang as the NPC’s in town. I especially appreciate the addition of the doorman, a character that exists both outside and inside the dungeon. After chatting with a snarky voice from the other side of the hideout door, Link finds himself fact-to-face with the sentry when he steps inside. In this way, the line between dungeon and overworld is so satisfyingly blurred.

And so we move on to the interior of Thieves’ Hideout. As Link explores the cold, dark halls, we see that nearly every gameplay quirk of the dungeon seems to have a real-world purpose. The barred treasure rooms are obviously used to secure the thieves’ bounty, the prison cells exist to punish detractors, and various locked doors work as a security system.

Even the most outlandish elements — such as conveyor belts and switch puzzles — can be explained within the game’s setting. Theives’ Town is already home to plenty of eccentric weirdoes and cranky monsters. It’s not much of a stretch to imagine a particularly cranky and eccentric bunch banded together to build a convoluted series of traps and puzzles to secure their loot. And speaking of loot, I also appreciate the treasure hidden away in this den of thieves. Link may find hundreds of rupees and a valuable piece of Master Ore stored in the hideout’s vaults; it appears as though the developers hid these particular treasures as a way to sell the dungeon’s unique environment. These Lorulian thieves have clearly been collecting money and jewels, securing them in the storeroom for some debaucherous antics down the road.

Then there are additional details within the dungeon that contribute to its visual storytelling. I have always appreciated games like Demon’s Souls or Bioshock for how well they decorate their levels — how they present creative set-dressing, if you will. The player can formulate an untold story based on the objects and details subtly placed within the environment.

Thieves’ Hideout does the same thing. The collapsed walls and ceilings, the presence of rats, the flooding in the basement; these are all pieces of imagery that craft a history for the thieves and their hideout. Obviously the structure has its continued uses, but years of mismanagement, mutinies, and distrust have left the hideout in disrepair. There’s enough detail in here to fuel plenty of exciting fan theories. But perhaps most affecting thing about Thieves’ Hideout as a dungeon is the inclusion of the Thief Girl, the character that Link must rescue and escort to safety. It’s not often that Link has to look after a companion within a dungeon; Jabu Jabu’s Belly and a few Wind Waker dungeons come to mind. So forcing our hero to look after an NPC — especially one that presumably has a storied history before meeting Link — makes Thieves’ Hideout feel special, feel like an extended quest rather than a series of puzzles.

Link springs the Thief Girl from her prison, kicking off a tense and exciting chase sequence. Rushing through the rooms and avoiding death traps feels more cinematic in this dungeon than in many others from the Zelda series.

Enemy sentries spawn to retake their prisoner, doors close unexpectedly, and the boss encounter is presented as a last resort rather than a foregone conclusion. Thieves’ Hideout has a unique urgency about it, from the moment Link liberates his thief companion to his final strike against Stalblind.

And so our hero and his new thief friend escape the bowels of Thieves’ Hideout, an achievement in environmental storytelling. This Zelda dungeon is unique in that it feels less like a location isolated from the overworld and more a believable part of the game’s world. For that reason, it holds a special place in my heart.

Rod Lloyd is a Managing Editor at Zelda Informer. You can follow him on Twitter right here for a bunch of video game and wrestling re-tweets; you might also find links to his past articles.