The Stone Tower Temple Embodies Everything Great About Majora’s Mask 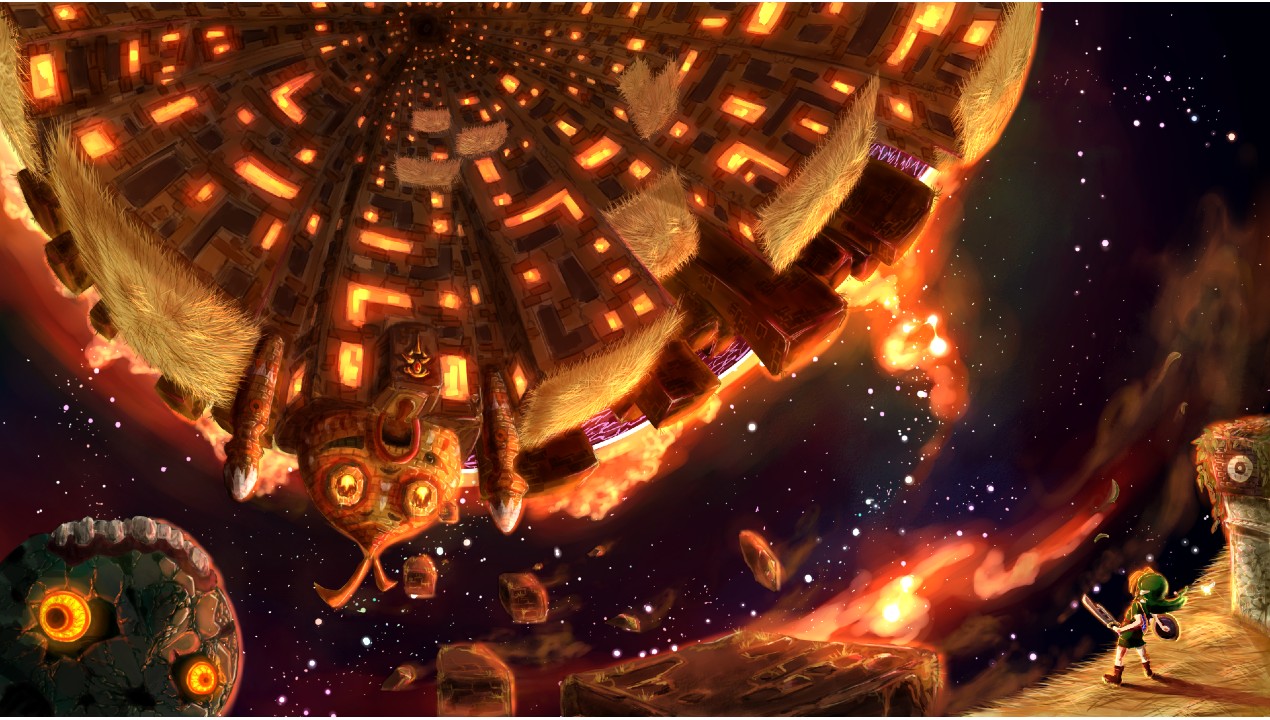 The Zelda series’ reputation for expertly crafted dungeons and puzzles that cleverly incorporate important key items is unparalleled in the video game industry. So much of what makes the series special is the emphasis on coming up with creative solutions and thinking outside the box, and these principles are perfectly encapsulated in Zelda‘s dungeons.

What Makes a Dungeon Good?

There isn’t just one thing that makes a dungeon memorable and fun to explore. There are many factors that come into play. In my mind, what makes a good Zelda dungeon are these five components:

Depending on the player and their preferences, not every dungeon may have these core components. Some dungeons may have a great design and boring boss, while others may have an incredibly epic boss fight but unmemorable dungeon item and puzzles.

For me, the Stone Tower Temple embodies all of these qualities. It’s more than just an obstacle for the player: it contributes to the world-building, story, themes, and gameplay mechanics in Majora’s Mask. 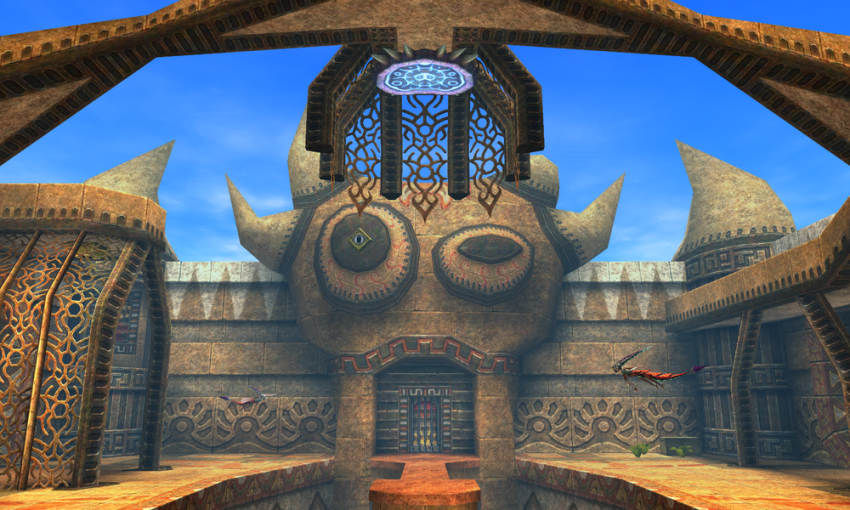 Stone Tower Temple is the fourth dungeon in Majora’s Mask. Located in Ikana Canyon, players must navigate Stone Tower to reach it. Unlike the previous dungeons that contained puzzles revolving around one primary Mask Transformation, Stone Tower Temple requires all four to progress. As a result, the puzzles are rich and varied, taking advantage of Hylian Link’s items such as the Mirror Shield, Deku Link’s flight, Zora Link’s swimming, and Goron Link’s rolling to create some excellent puzzles and set pieces. Some rooms are built around using them back-to-back, and they really put the player to the test.

The second important mechanic of Stone Tower Temple is the “Elegy of Emptiness.” This song allows Link to create disturbing shells of each of his different forms. Gameplay-wise, these statues are used to trigger switches that open doors and allow progression throughout the dungeon. It’s maybe not the most glamorous use of a song, but it serves an important function and is exclusive to Stone Tower Temple, as the song doesn’t have any effect outside of it.

Finally, the third (and maybe most memorable) mechanic associated with Stone Tower Temple is the ability to flip it upside down using Light Arrows, the key item of the dungeon. Inverting Stone Tower Temple changes the map layout and impacts how the player navigates it. New treasures are accessible, and it opens the door for even more creative puzzles. As a nice touch, the music changes, too. Stone Tower Temple’s inversion mechanics were revolutionary and would go on to be adopted and refined in Breath of the Wild‘s Divine Beasts, occurring in real-time as the player progresses.

Quick aside: I’m also a big fan of how Majora’s Mask 3D changed up the moment when the player acquires the Giant’s Mask. Instead of gaining it after fighting the Eyegore, the Giant’s Mask isn’t unlocked until the boss fight with Twinmold. I thought it was epic to have this item appear during the battle and help turn the tide. It added to the sheer epicness and scale of the fight. After all, I can’t think of any other boss fight in the Zelda series that has Link punching his opponents in the face, and it’s fantastic. 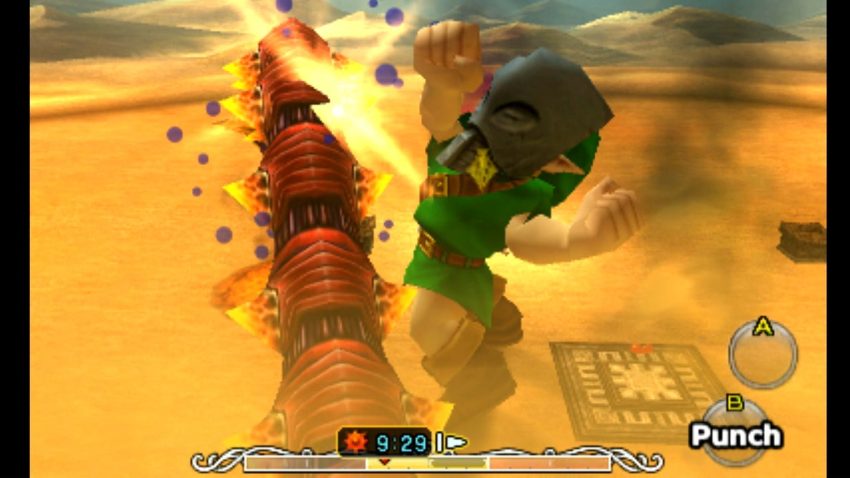 While all of the gameplay mechanics are excellent and incredibly unique, what makes the Stone Tower Temple truly stand out for me is its impact on the themes and story of Majora’s Mask. The game explores the darkness of Temina, a world not only on the brink of destruction, but one where grief and death is ever present. These themes are present throughout the game in instances such as the Deku Butler mourning his son and Mikau and Lulu’s tragic storyline, but these themes are arguably most prominent in Ikana Canyon. From the Gibdos that surround the Music Box House and torment Pamela and her father, to encountering the ghosts of the Composer Brothers after a curse dried up the Ikana River, to fighting the undead King Igos du Ikana, Ikana Canyon is a region haunted by loss and death.

It’s unclear what exactly befell Ikana Canyon to transform it. According to King Igos du Ikana, “It all happened after somebody thrust open the doors of that Stone Tower… To return true light to this land, you must seal the doors of Stone Tower where the winds of darkness blow through.” It’s not a lot to go off of, but it establishes that Stone Tower Temple had a reputation for being a place of darkness and evil. Was the “darkness” sealed away and unleashed by Skull Kid after he became possessed by Majora? In addition, the main structure after entering the temple looks like it could be a depiction of the Majora’s Mask, which is a great touch. Was there a time when the Stone Tower Temple was used as a place of worship in reverence of Majora?

And in keeping with the theme of death and loss, the “Elegy of Emptiness” is a mournful melody, and since elegies are funeral songs, it’s the perfect primary song of Ikana Canyon. It’s significant that King Igos du Ikana is the one to teach Link the melody as well; it could be a nod to his own death and the fall of the Ikana Kingdom. The lore surrounding the region is mysterious, but intriguing. Everything about Ikana Canyon’s lore and history is purposeful and thematically linked to Stone Tower Temple, encapsulated perfectly through the Light Arrows. They are more than just the “key item” in a dungeon; they’re an important symbolic and narrative device.

The Light Arrows illuminate Stone Tower Temple to reveal a new path towards undoing the curse of Ikana Canyon, and also symbolize Link as the “light” who will illuminate the region and bring light back to a world running out of time. It’s important because Majora’s Mask, at its core, is a game that explores not just loss and darkness, but hope and light. Link arrives in Termina during its final days, aiding the people of Termina and summoning the Giants to prevent its destruction, all while using time travel to save it, or “invert” its destiny, if you will.

Stone Tower Temple perfectly embodies the struggle between good and evil and light and dark present throughout Majora’s Mask. For all of these reasons, I find Stone Tower Temple to be an excellently crafted dungeon.

Michaela El-Ters is an Associate Editor with Zelda Dungeon. She loves thought-provoking TV shows and video games and loves any chance she can take to write about them. Check out her blog.