Dungeon Week: The Natural Mechanics of the Arbiter’s Grounds 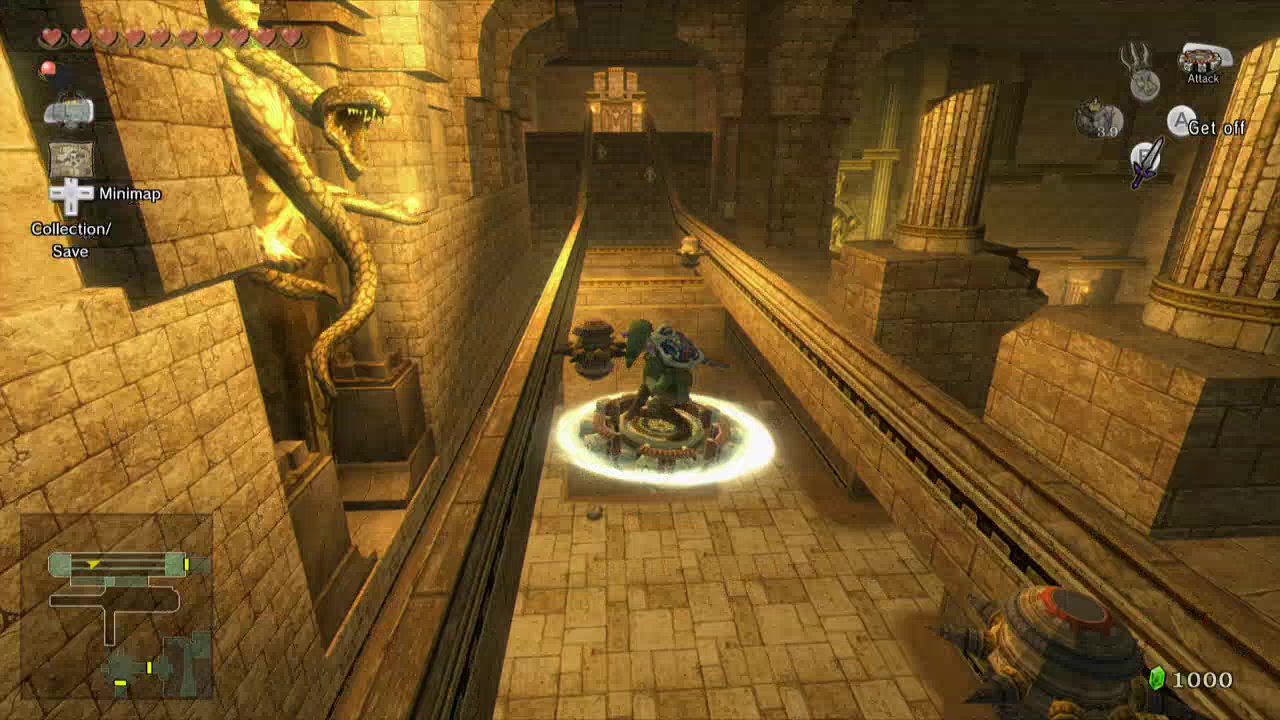 The Zelda series is known for a lot of things, though three in particular stand out to me: its characters, its items, and its dungeons. There are plenty of memorable dungeons throughout the series, though the reason why they’re memorable varies from dungeon to dungeon. (I’m looking at you right now, Water Temple). However, when it comes to dungeons, I believe that Twilight Princess contains some of the best designed dungeons in the series. And of all the temples and labyrinths in the game, I would have to say that the Arbiter’s Grounds is the best. While I could go on about its atmosphere, discuss its importance to the story, or write a theory on how it could be related to Ocarina of Time‘s Spirit Temple, I will instead focus on how the Arbiter’s Grounds naturally teaches the player its mechanics. 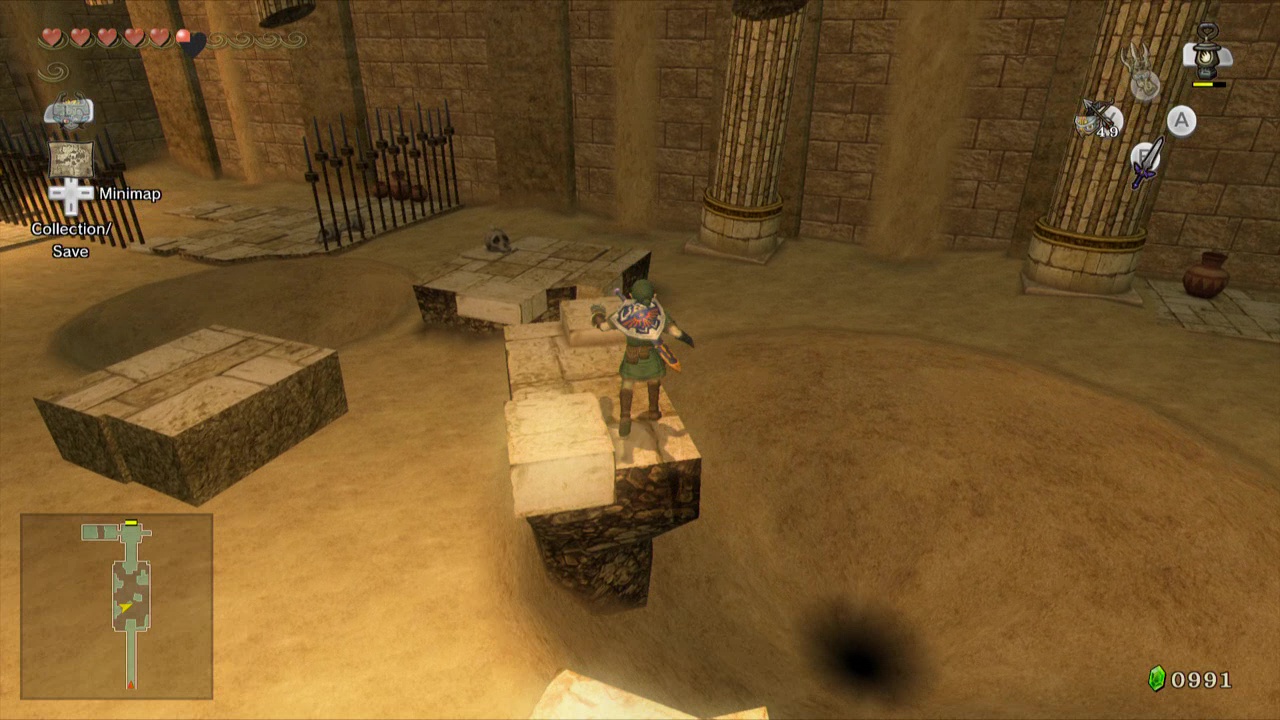 Let’s start from the beginning of the dungeon. Right off the bat, the sand sinkhole in front of the entrance tells the player two things: 1) Don’t jump into it, and 2) Stay off the sand in this dungeon as much as possible. You’re not told by Midna, “Hey, listen! The sand is dangerous!” The game gives the player the context clues one needs to deduce this for oneself. In the same room is a chain that needs to be pulled in order to get into the next room. However, it’s over the quicksand that we just learned to avoid. Knowing that the chain needs to be pulled from a distance, the player simply pulls out the rusty, trusty Clawshot and pulls the chain over, allowing him or her to pull it far enough to open the gate and continue onward. 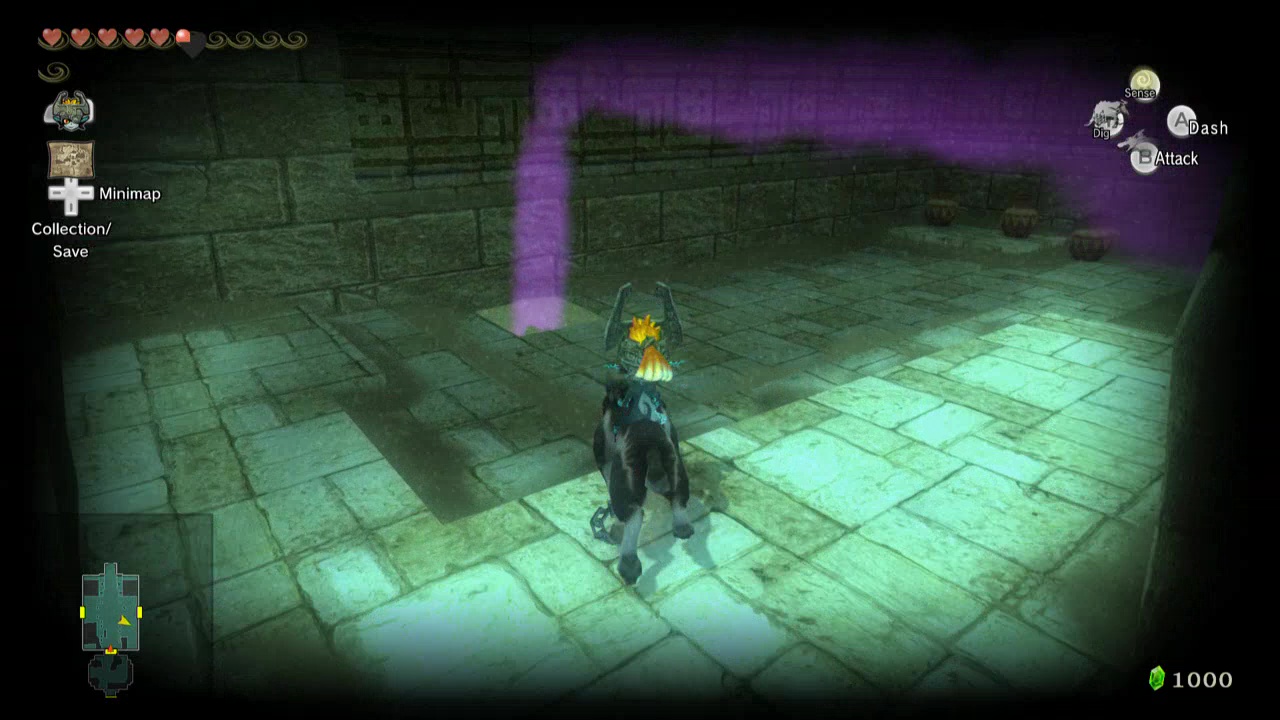 The second room of the dungeon introduces the player to the four Poes, who close a gate that would have led further into the dungeon. Three of them then immediately run off while the fourth one remains to fight the player. While it is invisible, it behaves in a similar way to the Poes of the Overworld, one of which has been fought on the way to Hyrule Castle as part of the critical path to save Midna. The lantern the big Boe is holding is one’s context clue for how to defeat it. The player knows to use Wolf Link to render the enemy visible and vulnerable for an attack. Once again, the game does not need to outright tell the player how to fight, nor does it forcefully introduce a notice from Midna.

After defeating the Poe, the player is given its scent in order to locate the other Poes. Following the scent reveals that a trail goes directly through the floor, which shouldn’t be possible. This is an instance where the dungeon teaches the player about how to use Wolf Link in the context of a dungeon. While one’s senses are activated, the player will notice a small patch of sand on the ground that can be dug into. Doing so reveals a chain that, when pulled, reveals a secret staircase in the floor that eventually leads to the location of the next Poe. Not only did the dungeon teach the player that Wolf Link will be a great asset in this dungeon (for the most part), but it also revealed that we will need to find secret switches hidden in sand. 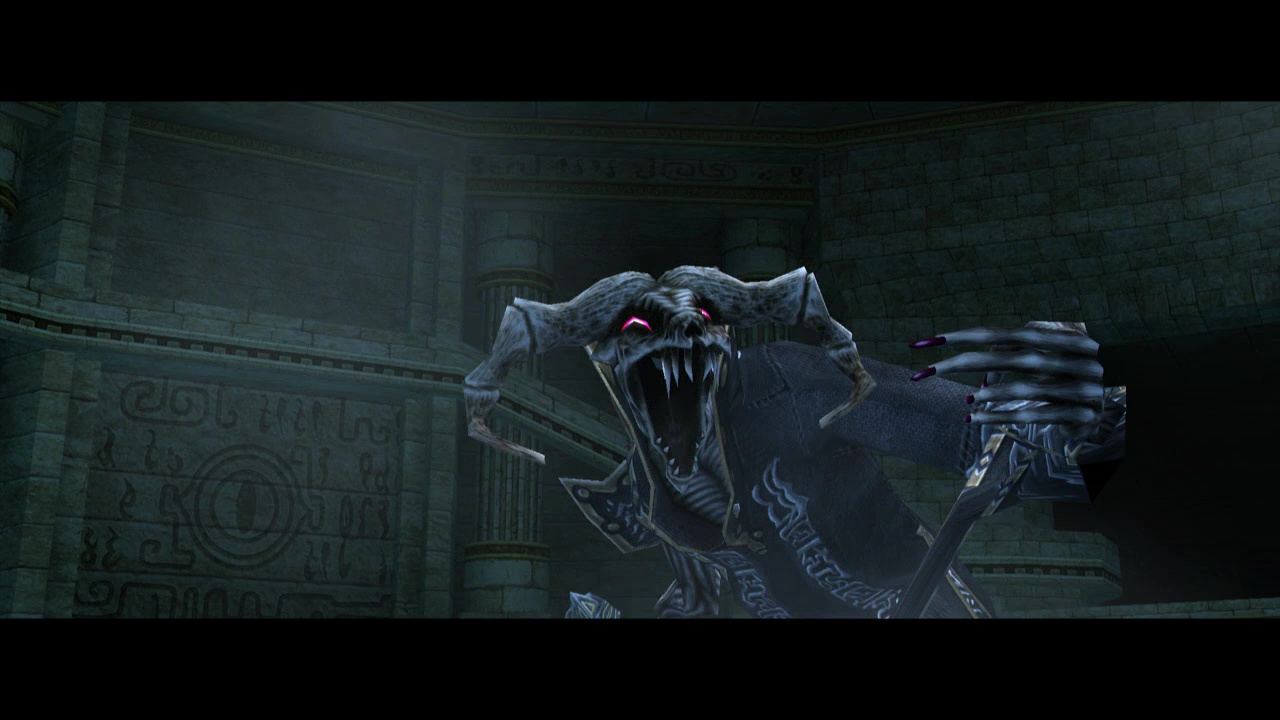 After the four Poes have been defeated, the gate opened, and the player fully aware of how to utilize Wolf Link in a dungeon context, we will enter a dark room only to find a sword with several ropes tied to it. As soon as a single rope is cut, the sword becomes “alive,” cutting the rest of the ropes and attacking Link. However, a perceptive player will note that this sword appears to be wielded by someone invisible. Once again, the game has already taught us through the Poes that we can switch to Wolf Link and use our senses to see invisible enemies. Doing so reveals the wielder of the death sword, appropriately named Death Sword. Once again, this revelation comes naturally as Twilight Princess has made sure that the player is aware of an important mechanic and that the player understands how to use it.

Upon beating Death Sword, the player is given the Spinner as the dungeon item. In my opinion, the Spinner is the greatest example of naturally teaching us a mechanic and rewarding us for learning it. The Spinner’s primary function is that it lets us ride on rails and jump off them to attack enemies or to switch between rails. Without asking for Midna’s advice, the player can notice the grooves in the wall that appear to go all the way to the exit. By activating the Spinner and riding the rail, we’re rewarded with a skill that is genuinely fun to exploit, especially in one of the future rooms of the dungeon. (Those who have played Twilight Princess know exactly what room I’m talking about). 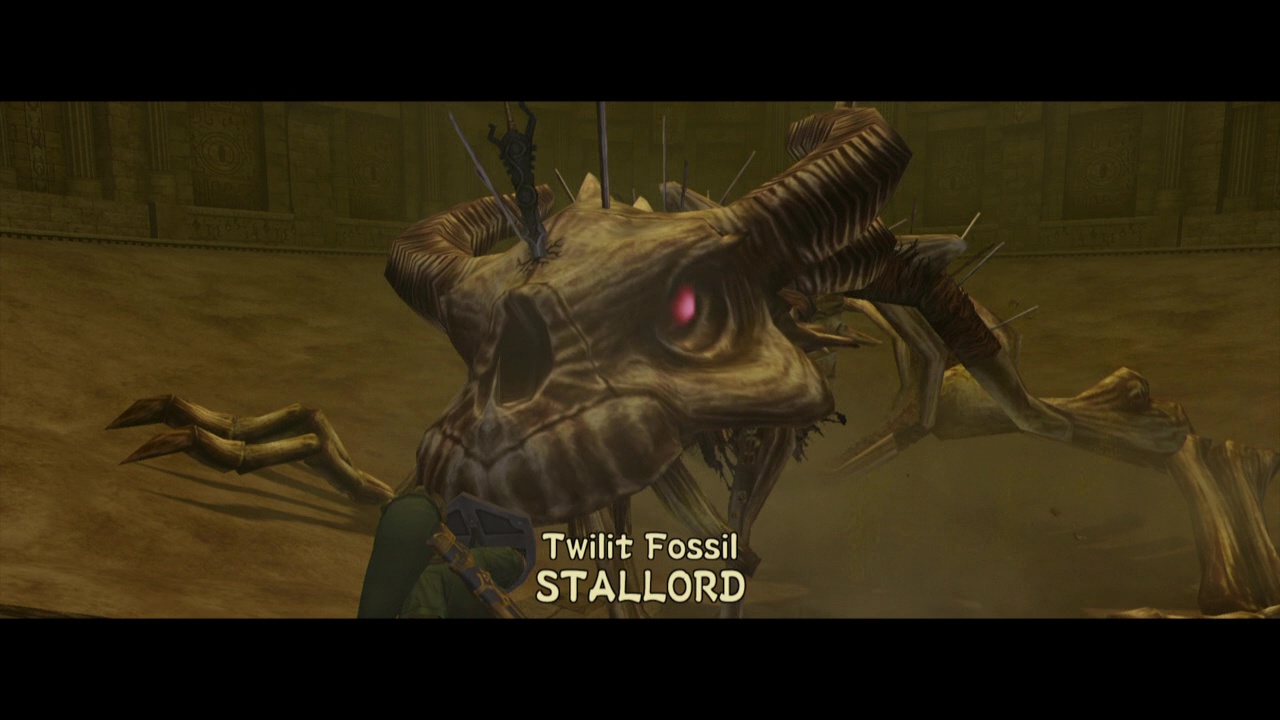 There is no other mechanic learned until our fight with Stallord, the dungeon boss; every trial between Death Sword and the boss room adds to our understanding of the Spinner’s uses. And Stallord, one of the best bosses in the game in my opinion, tests our full understanding of the Spinner’s mechanics. The dungeon has taught us that we can press B to not only “bounce” off rails, but to perform a spin attack in order it to damage enemies, which is exactly how you defeat Stallord during his first phase. We use the Spinner to play pinball with his spine. Again, the player understands to do this without the game explicitly giving a hint on how to defeat the boss.

We then move to Phase Two, which is even easier to figure out. The players uses the Spinner to ride rails up to the top of the central column, with Stallord firing balls of energy. The attacks force the player to jump between rails on the central column and the outside wall before Stallord eventually gets close enough for a Spinner attack. Based on the skills developed earlier in the dungeon, the player can easily execute these Spinner jumps and quickly dispatch of Stallord. 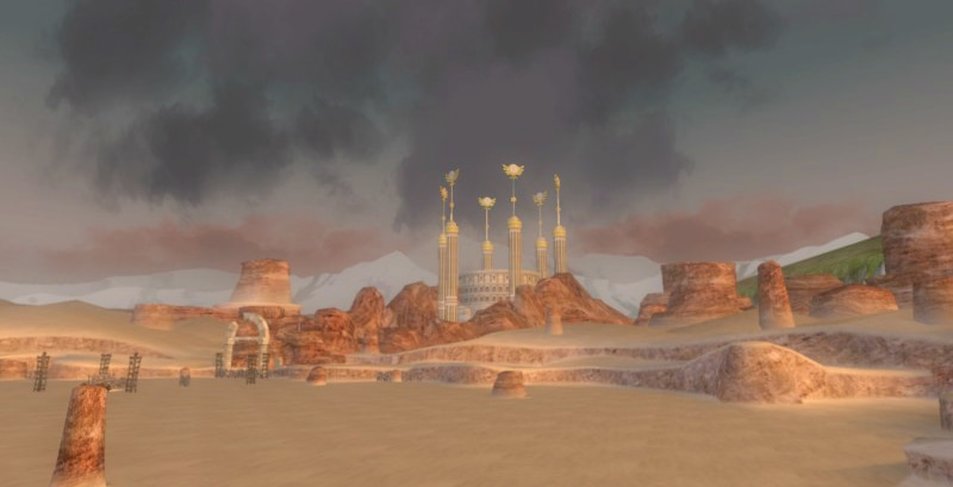 Congratulations! You have officially beaten the Arbiter’s Grounds and have learned how to use the Spinner and Wolf Link in the context of a dungeon, all without explicitly being told how and all via context clues. The dungeon so naturally teaches the player its mechanics without resorting to Midna outright telling us what to do. This is why I believe that the Arbiter’s Grounds is the best dungeon in Twilight Princess, as not only does it have a fun boss and a fun dungeon item, but also makes the most of utilizing Wolf Link and the Spinner, two mechanics that are tragically swept under the rug until the final dungeon of the game.

That being said, what do you guys think of the Arbiter’s Grounds? Would you say it’s your favorite dungeon, or do you have another favorite? If you have a different favorite dungeon, how does it teach you its mechanics, be it naturally or otherwise? Let us know in the comments below!

Jarrod Raine is an Original Content Editor at Zelda Informer and the only staff member crazy enough to 100% Breath of the Wild twice. If you want to see him eventually write an editorial on Breath of the Wild’s true timeline placement, follow him on his Twitch or Twitter.