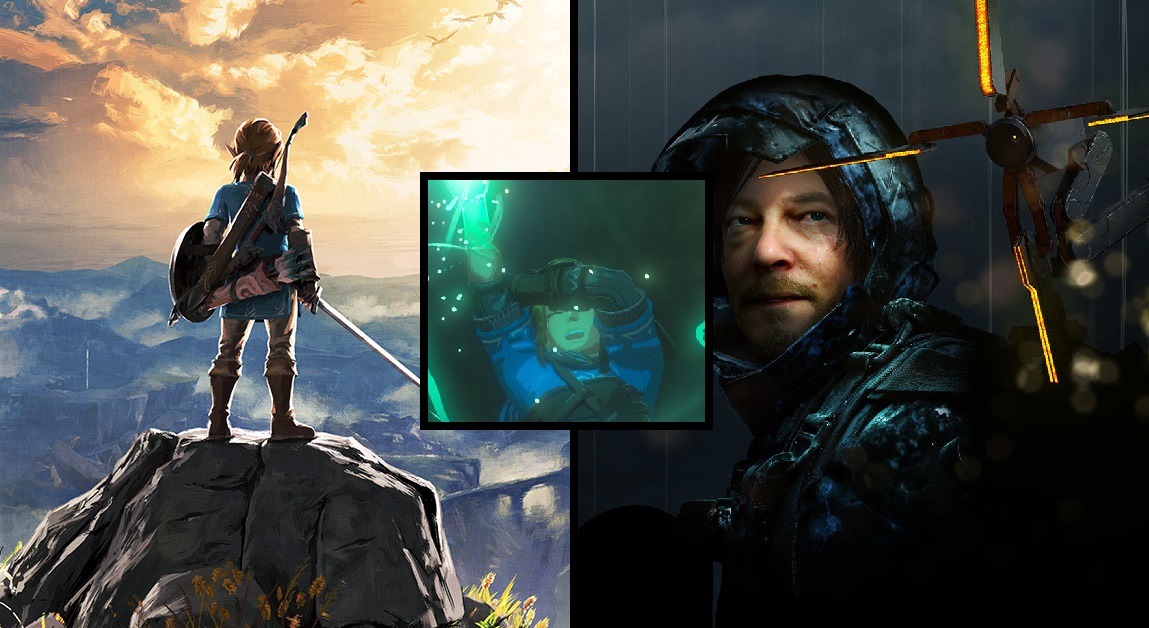 One of the defining moments from 2019 for Zelda fans was the teaser trailer reveal for Breath of the Wild’s upcoming sequel. Since then, fans all over the world have been theorizing about it, studying the one minute twenty-seven second video, and coming up with some truly extraordinary ideas about the future of the series. I personally have enjoyed many of these lines of thinking, especially when they present a new plot line that could take the story of Zelda into uncharted territory. However, something occurred to me about the direction of the potential sequel and the original as I worked through a very non-Zelda game.

One of the most lauded games from last year, was Hideo Kojima’s Death Stranding. This star-studded post-apocalyptic epic was a controversial hit with both critics and players. With a powerful and gripping story of reconnecting America via an internet-style system called the Chiral Network in a world filled by mostly invisible spirits from beyond called BTs, Death Stranding had a lot to digest. It’s fairly clear why some people really loved it and others didn’t, and I think I fall somewhere in between. The story was fantastic but the gameplay itself was burdensome and really broke the pacing that the narrative needed to be better.

If that sounds familiar, I think that’s because it’s the same problem that Breath of the Wild struggled with in terms of storytelling. I tend to favor narrative over gameplay stuff naturally, so perhaps my thoughts on this issue might be a bit biased, but I want to dive into the things that Breath of the Wild and Death Stranding specifically have in common, and then what I think the yet to be named sequel can take from these titles and improve upon.

As I’ve already stated, I tend to favor narrative over gameplay, so this point is one I could talk for a while on. When I think of Zelda and storytelling, my mind immediately turns to Skyward Sword. Love it or hate it, Skyward Sword tells the most clear and linear story in the entire series. Breath of the Wild was as big of a divergence from that format that you could ever ask for, and I don’t think that was necessarily a wrong decision. I think the narrative story format from Skyward Sword was something that a lot of people actually resented from that title because it left them with little room to explore. However, I think in Breath of the Wild it gave me too much to explore and so the story got lost in the massive world. 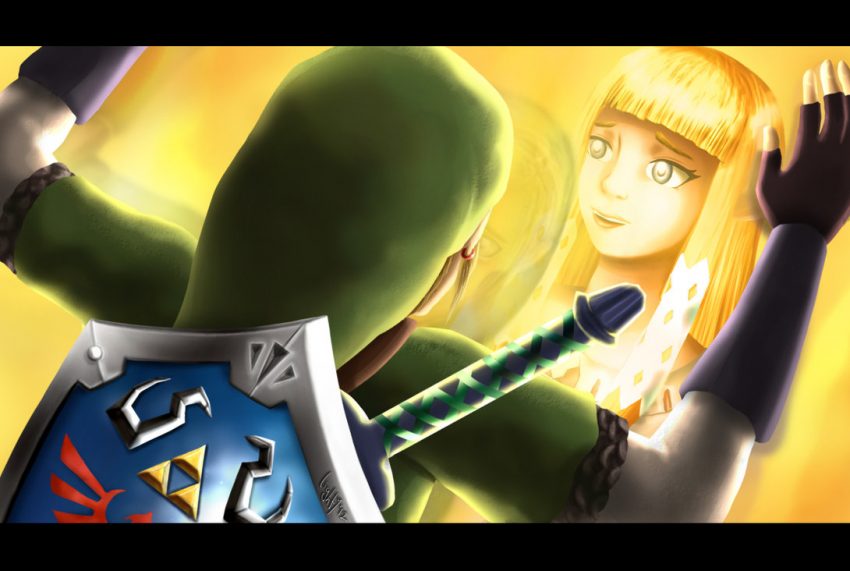 In Death Stranding, the entire game is built around a delivery mechanic in which you (as Norman Reedus’s character, Sam Bridges) are making deliveries to people all over the country and in turn connecting them up to the Chiral Network. There are times when you have mission essential assignments that will naturally progress the story, but there are also side assignments you can take on to increase your connection with people. It’s fairly obvious how to advance the story in a linear manner and the path you take from one coast to the other is actually pretty straight. I did very little of the side questing, but I always knew it was there if I felt it was necessary. The story never took a back seat to doing side missions, even if to progress the story I had to do a handful of side missions, like recovering a camera from some bad guys for a photographer and delivering medicines to a sick pregnant woman in the mountains. These tasks were presented in the main story as essential, and only felt slightly stagnant by the end because they interrupted the pacing.

Both games relied on flashbacks in a lot of ways to tell the stories. Breath of the Wild had the memories and the tapestry, while Death Stranding had characters tell the story of how they came to be how they were. Many of the main characters in Death Stranding have particularly in-depth backstories and are told via flashbacks in order to build some sort of dramatic tension. This is, arguably, one of the areas that Breath of the Wild failed at in its story telling. While recovering Link’s memories were an interesting mechanic, it gave us only a limited glimpse at the Champions. The flashbacks in Death Stranding actively drew us closer to these characters (Mama and Fragile especially for me) and made the magnitude of helping them feel more real. This subject has been picked on especially hard in the case of Breath, but given some of the real similarities I thought it applicable to touch on again.

For Breath of the Wild 2, I’d like to see something closer to the Death Stranding format. There’s a clearly defined route for the majority of the story, but we’re given tasks along the way that can fulfil the side quests aspect, so as to avoid pacing issues. You also have a chance to see how the inciting event in the game, or maybe the events of the first Breath of the Wild effect characters through flashbacks or possibly more recovered memories. If we have Zelda as a companion (more on this later), perhaps even she can talk about things from before the Great Calamity as a way of bonding with Link in a way that only they can. Keep in mind, Link and Zelda have the sort of Captain America syndrome going on as people from another time essentially. While Link has indeed forged relations with people across Hyrule, he and Zelda are a hundred years older than anyone else there.

Honestly, I think the gameplay of Breath of the Wild is the strongest aspect of it, and maybe of any Zelda game before it. Aside from coming up with a way to potentially repair weapons or just make them last longer in general, there’s not much I’d change. More enemy variety and dungeons are a must, but functionally the game was just about perfect. One thing I think we all would like to see though, is Zelda have some major role in the story. I think a companion would be the best role for her, and I have an idea of something from Death Stranding that could serve her well, both for story reasons and also to make her important to the tale.

In Death Stranding, there is a character named Fragile. Fragile is a courier with a sullied name due to some actions that take place before the game. I’m not going to spoil much about her, save for the fact that she requests your help in clearing her name and in return gives you the ability to fast-travel between safe houses along the way. She continues to help you throughout the story in various ways, before having a major part towards the end. Her story is powerful, and the game does a great job in building a question of can you trust her early on. 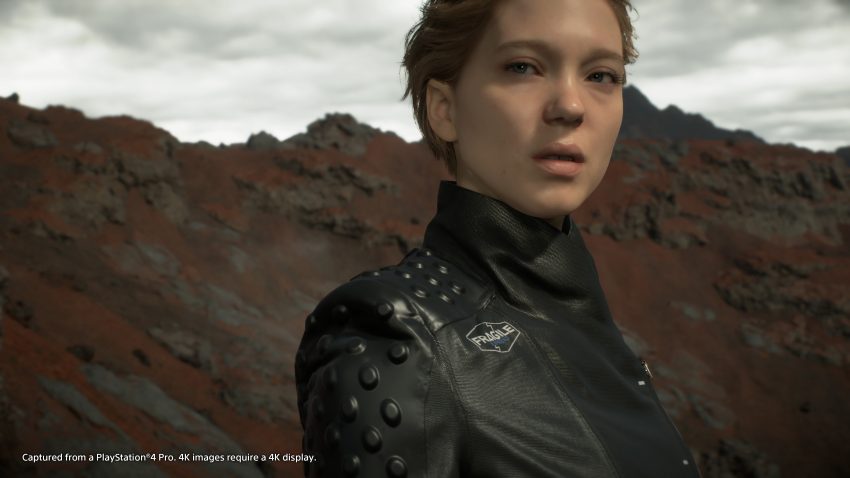 I think Zelda could play a role in Breath of the Wild 2 that is very similar to Fragile. She would have a very important role in the narrative, while also being an active part of moving it forward. Assuming that we’re not going to be relying on Sheikah technology to teleport from shrine to shrine across Hyrule, magic stands a very likely candidate to return to the series, and who better to use magic than the person who literally spent the last hundred years using her own magic to restrain Calamity Ganon.

One other aspect of Death Stranding that really stood out in an unexpected Zelda-esq way, was the idea of connecting people together. This is one of the major themes throughout the game, making America whole again by connecting everyone to each other. In a way, Link did this already in Breath of the Wild via the Sheikah Towers and shrines. However, we never saw an impact beyond Link’s ability to use them. It would be very powerful to see a way that, through his actions in the first game, Hyrule’s various races were more connected to one another than before. And if the Sheikah tech is indeed wiped away for the sequel (as the teaser as led many to believe), then it’d be equally as powerful for Link to have to forge these cross-race relations alongside Zelda. The Champions of old served as symbols of Hyrule’s unity against the Calamity, imagine what the new band of Champions could inspire in the face of a more powerful and dark villain. To me, it sounds like the moment from Ocarina of Time when the sages collectively sealed Ganondorf away at the end, but on the scale of all-out war.

To say that I’m absolutely excited for Breath of the Wild 2 would be an understatement. I really did enjoy the first one, but it left a lot to be desired for me in some places. Death Stranding, a game which I was looking forward to since it was originally going to be the next Silent Hill game back in 2014, did a lot of the same, but the opposite side of the coin. It had a phenomenal story, but it was told through a cumbersome and stagnant gameplay format. There were times in both Breath of the Wild and Death Stranding that made me fist-pump for joy and others not so much. However, I think that if we looked at them both, there’s a lot that could be worked into the system for what could be the greatest adventure of all time.

We’ve been promised a darker tone than Majora’s Mask for this sequel, and I hope we get it. Death Stranding was filled with mature moments that The Legend of Zelda series is absolutely primed for following a fairly dark game by its own right. With that though, I do hope the sense of awe and wonder that I felt when first emerging from the Shrine of Resurrection is still there, along with some familiar Zelda staples.

David Wayne Nystrom is a Staff Writer for Zelda Dungeon. His top three Zelda games are Ocarina of Time, The Wind Waker, and Link’s Awakening. He likes playing games like Smash and RPGs like Final Fantasy.

Comments
Sorted Under: BOTW2, Editorials, Editorials, Majora's Mask, Ocarina of Time, Skyward Sword, Slider
Tagged With: No tags were found for this entry.