Daily Debate: Would You Play a Zelda Racing Game? 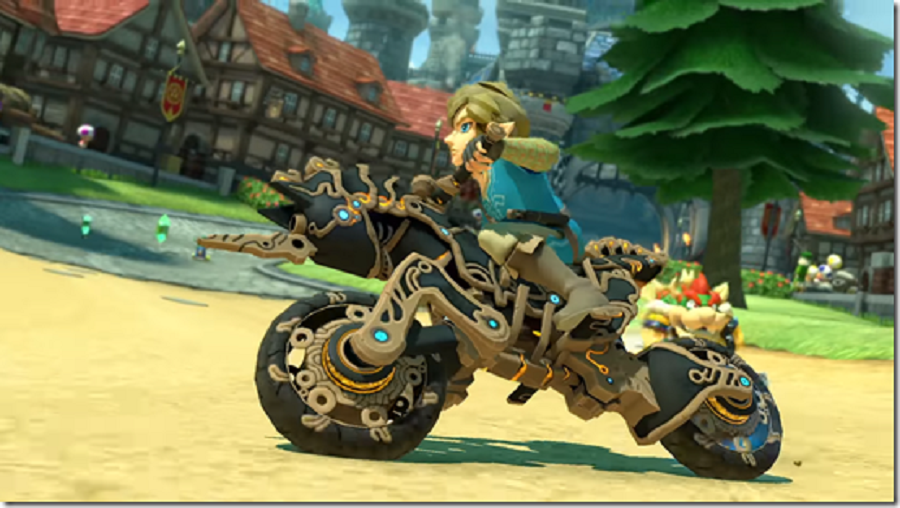 While I’ve been a huge Mario Kart fan since the beginning, Nintendo’s flagship racing game (sorry F-Zero) wasn’t actually my favorite as a kid. That honor would have to go to the far less celebrated Diddy Kong Racing, which I’m still convinced is one of the better racing games Nintendo has made. The game was unique at the time, allowing players to choose between racing via plane, hovercraft, or traditional kart. Players could race against opponents using the vehicle type that best fit their strategy and the courses at hand in a mixed vehicle competition. Additionally, the game also featured an adventure mode, which included story-based competitions, boss battles, and the ultimate conflict with the evil pig wizard, Wizpig. When I came across my copy the other day, I began to wonder if this concept could work as a Zelda spin-off.

Racing, of course, has been a consistent part of Zelda games since the early days. Whether Link is racing the clock digging holes in A Link to the Past, outpacing Ingo at Lon Lon Ranch to rescue Epona in Ocarina of Time, or snowboarding down Snowpeak against Yeto in Twilight Princess, racing is as much a part of The Legend of Zelda as smashing pots or finding dungeon keys. In fact, the series has such a creative and entertaining history on the subject that it’s honestly surprising Nintendo hasn’t yet produced a stand-alone racing game for the franchise. I would argue that Diddy Kong Racing provides the perfect template to do so.

As Cadence of Hyrule demonstrates, fans enjoy light-hearted, gimmick based Zelda spin-offs; a strange music curse comes to Hyrule and Link must move to the beat to defeat instrument based bosses. An adventure mode in a Zelda racing game could function similarly; one of the many wizards from Hyrule’s past returns and curses the land with a need for speed. The wizard holds grand competitions in a secret attempt to gather the various pieces of the Triforce and possess the golden power. Link, Zelda, and even Ganondorf must compete in the races to break the curse and retain their power.

Imagine the potential for creativity in such a game. Horse races at Hyrule Field, river boat races at Zora’s Domain, shield surfing in the Hebra and Gerudo regions, loftwing and paraglider races in the sky, and even Guardian Stalker races around Hyrule Castle. With all of the unique racing quests in the Zelda franchise’s history, and the beautiful open-world build for fans in Breath of the Wild, the time is now for a Zelda racing game.

Tell us what you think? Would you play a Zelda racing game? What kinds of races, vehicles, and locations would you like to see? Share your thoughts in the comments below!

Comments
Sorted Under: A Link to the Past, Breath of the Wild, Cadence of Hyrule, Daily Debate, Ocarina of Time, Twilight Princess
Tagged With: No tags were found for this entry.