Daily Debate: Would the Zelda Series Work With a Main Character Other Than Link? 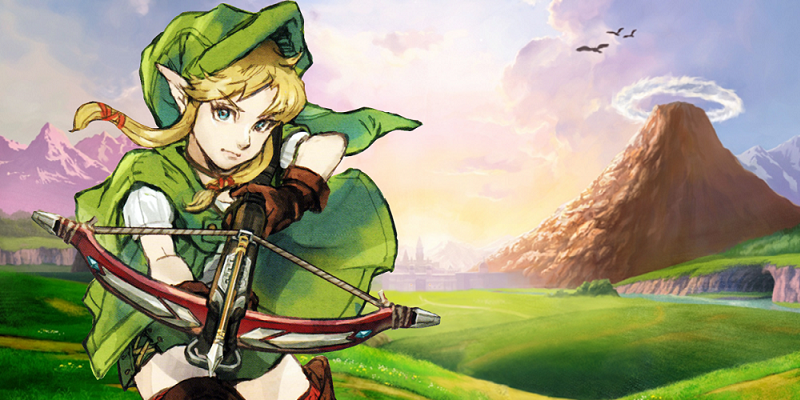 The Legend of Zelda series has always revolved around three main characters – Link, Zelda, and Ganondorf (or Ganon.) The player classically plays as Link, the hero, and is typically the main character of any Zelda game. With the series turning 35 this year it begs the question would the series ever evolved to where Link was not the main character anymore, or became the secondary character?

Honestly it would be odd to see another hero besides Link set off to save Hyrule, but I would be lying if I said that I wouldn’t entertain the idea of it. It would be fun to see saving Hyrule from a different point of view. My first suggestion would be that Zelda would be the hero of her own story. I could see a Zelda game being played from the view of Zelda for part of the story and then from Link’s point of view, heck, even a viewpoint that showed how Ganon progressed the story would be fun. The first Hyrule Warriors game kind of explored this “Ganondorf point of view” as an extension of the main story. I know a large with for many players with Breath of the Wild 2 would be Zelda as a playable character. I’m not sure if that would be the same as a different main character, but I would accept it. I would love to see a game that primarily featured Linkle as the main character. We got to see her for a bit in her own story in Hyrule Warriors, but it would be awesome if she had a title of her own, even if it was an indy game.

What if it were someone new? Not Link, not Zelda, but an entirely new character? Would it work? I could see it getting some backlash because it would be so new, but it would be an interesting refresh to the series. I say all of this and I would likely not like it either. It’s just a fun thing to think about.

What do you think? Would the Zelda series work with a main character other than Link? Why or why not, sound off in the comments below!

Comments
Sorted Under: BOTW2, Daily Debate, Hyrule Warriors
Tagged With: No tags were found for this entry.