Daily Debate: Who is Your Favorite Underrated Character in Zelda?

Posted on January 10 2022 by Chakell Herbert 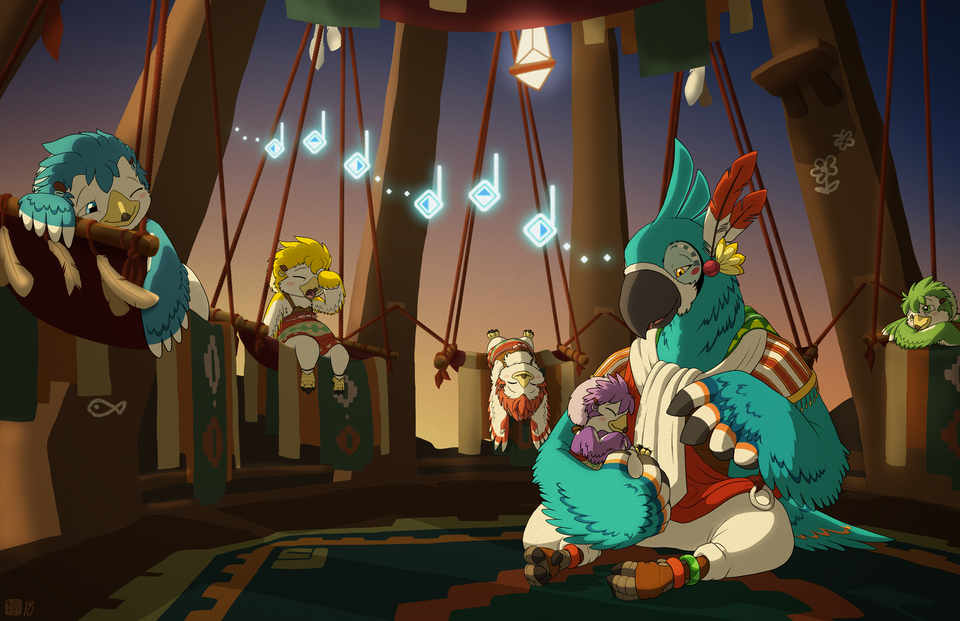 The Zelda series is filled to the brim with whimsical, hilarious, and downright weird characters who have a way of sneaking  into our gaming hearts. Apart from obvious favorites like Link, Zelda, the Four Champions from Breath of the Wild or Midna from Twilight Princess, there are some lovable side or background characters who don’t play a massive part in Link’s quests. However, their slim roles are often memorable enough to leave an impression.

I have my share of favorite, shall we say, “underrated” Zelda characters, as most of us probably do, but I think my all-time favorite is one in particular. I have an unexplainable love for Kass in Breath of the Wild. I adore that beautiful bird. Solving his shrine quests and seeing his genuine shock and admiration at Link’s success is one of my favorite parts of the game. I still get pumped when I hear the faint sound of his iconic accordion ballad echoing in random places throughout Hyrule. Like in the middle of the rainforest of the Faron region (and most surprisingly, when scaling Gerudo tower). I also adore that he is a dad to, like, 7 rainbow babies! But my absolute favorite thing about him is his reveal near the end of the game, when he shares what his teacher — the Sheikah who was in love with Princess Zelda — taught him about the Hylian Champion. My heart grew 3 sizes when Kass revealed that he knew who Link was throughout his entire journey and paid his respects to him.

It’s amazing how little side characters like these might not have a huge role in saving Hyrule, but their words and actions stay with you. My only hope is that sweet Kass makes another appearance in Breath of the Wild 2, because he is one of my all-time favorite characters. And in my mind, he’s definitely underrated!

Who is your favorite underrated character in Zelda? Do you love Kass as well? Let me know in the comments!

Comments
Sorted Under: BOTW2, Breath of the Wild, Daily Debate, Games, Original Content, Twilight Princess
Tagged With: No tags were found for this entry.