Daily Debate: Which Zelda Game has The Best Fishing? 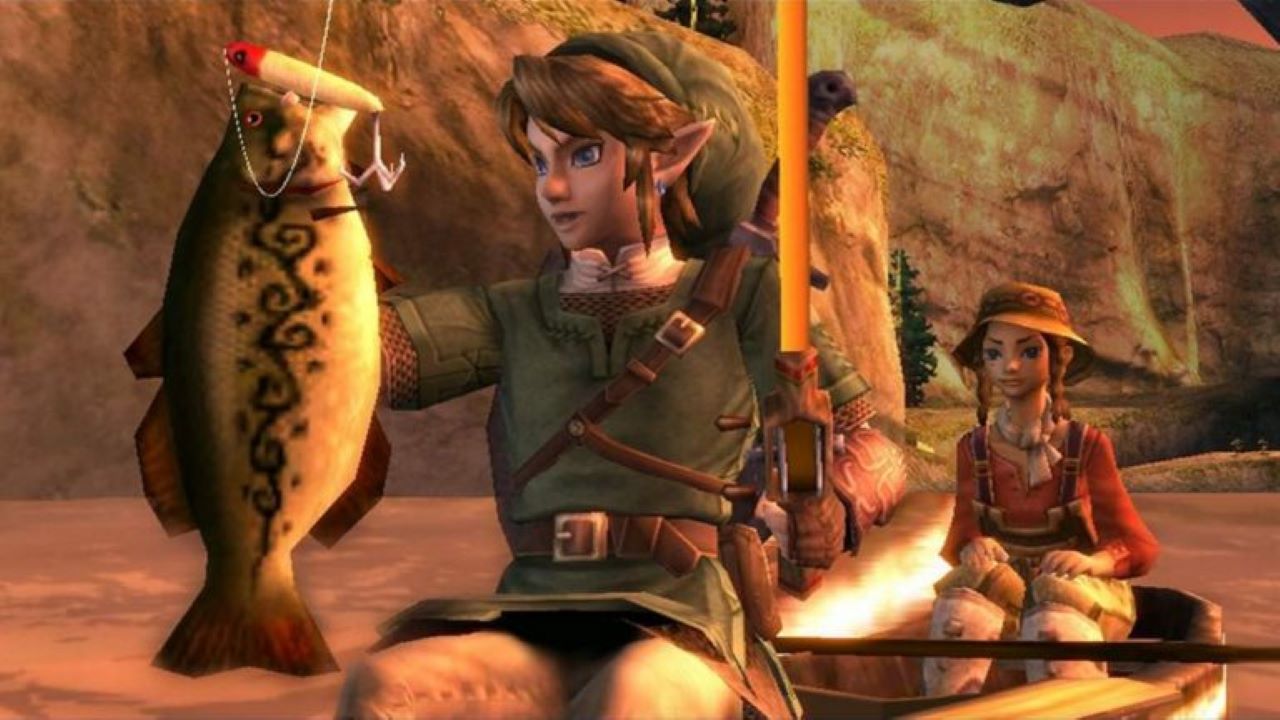 Ever since first appearing in Link’s Awakening (1993), fishing has become a fan favorite optional activity in the Zelda series. Now a regular inclusion, casting a line and waiting for a bite can be one of the more relaxing moments of Link’s journey, but it can also be an intense test of patience and willpower. Most Zelda games that feature fishing have a variety of fish to catch, and these aquatic adventures can manifest as mini-games or long-term quests. All of these instances can be enjoyable, but which is the best? In which Zelda game do you most enjoy having Link brush up on his angling while Hyrule is in imminent peril?

Fishing in Link’s Awakening (1993) was a simple matter of timing and positioning; get your line in the face of one of the fish and mash the button to reel it in. While the Switch remake imported some new sea-life from Ricco Harbor and added a few rewards, the action of bringing your catch to land didn’t change all that much. The progenitor of modern Zelda fishing really appears in Ocarina of Time. Suddenly, getting a fish’s attention took a degree of finesse and reeling it in could be a nerve-wracking affair. Hats off (my apologies to the fishing hole owner) if you’ve managed to land this game’s Hyrule Loach; a grueling and legendary feat.

An unsung facet of Twilight Princess is that it remains the only Zelda game where the fishing rod is a permanent item that can be cast anywhere. This allows Link to catch a variety of different fish in bodies of water big and small throughout Hyrule. While there is still a dedicated fishing hole with a significantly more fleshed out fishing quest, being able to drop a line anywhere is a unique and relaxing experience. Only in Twilight Princess can you fish the serene shores of Lake Hylia or the Lakebed Temple’s big key room.

Phantom Hourglass contains a simplistic fishing quest that concludes in catching the legendary Neptoona. It does make unique use of the touch controls, but there isn’t much to it. Fishing in Majora’s Mask 3D borrows from all of its predecessors. It can only be done in a pair of fishing ponds and uses the Ocarina of Time mechanics, but there is a variety of fish that appear on different schedules and react to certain lures. It wasn’t until Breath of the Wild that catching fish saw dramatic changes. As it did in many other ways, Breath of the Wild broke the rules. While it lacks a fishing rod, Link is able to acquire the many different fish with his bare hands, piercing them with arrows, or blowing them out of the water with bombs. Then he can put his catch into a delicious meal or potion.

Which Zelda game has your favorite fishing? Do you prefer fishing as a quick mini-game or a lengthy quest? Let us know in the comments below!

Comments
Sorted Under: Breath of the Wild, Daily Debate, Link's Awakening, Majora's Mask, Ocarina of Time, Phantom Hourglass, The Legend of Zelda, Twilight Princess
Tagged With: No tags were found for this entry.