Daily Debate: What Would You Put in a Zelda-Themed Haunted House?

Posted on October 27 2020 by Alexis Anderson 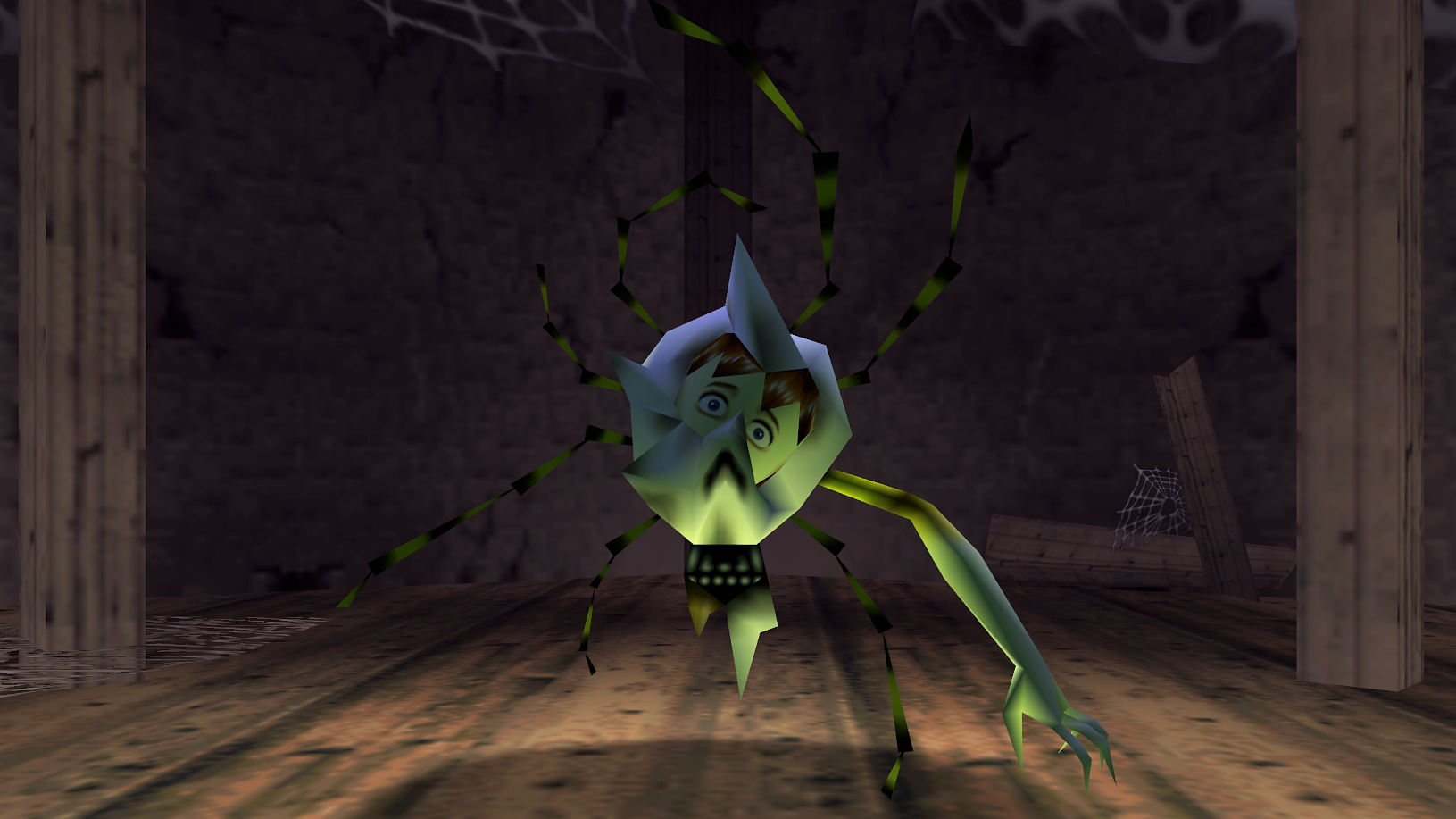 The cancellation of many haunted houses, mazes, and other spooky points of interest this Halloween gives us the perfect opportunity to develop the scariest possible Zelda-themed horror experience for next year! Wouldn’t it be something to see our hair-raising idea brought to life at Universal Park’s Halloween Horror Nights in anticipation of the Super Nintendo World opening? There’s plenty of Zelda material to work with from wallmasters to redeads, gibdos, like-likes, skulltula, dead hands, poes, and more.

First, let’s settle on a venue and layout. We could pick a singular game to base it around and place it in (I suppose Majora’s Mask would be best for that), or we could incorporate locations from multiple games. I’ll work with the latter. Some great locations would be the Bottom of the Well, the House of Skulltula, the Music Box House, the Kakariko Village Graveyard, Romani Ranch when They arrive, the Shadow Temple, even Tingle’s Jail on Windfall Island. I think it may make the most sense to start things in the graveyard, head into a Music Box and Skulltula House hybrid, down into the Well with some Shadow Temple elements, out through Tingle’s skull-laden jail cell (a campy spot), and out to Romani Ranch where lights from Them and other creepy things from Majora’s Mask will see the guests off.

I don’t know how feasible this is, but if given the space and resources, I bet it could be done well. I worry my conception of this “haunted house” is too cliche in terms of what’s traditionally macabre: spiders, graves, ghosts, skeletons. I feel that a more creative version could be done using just unsettling or odd elements from the games. Snowpeak Ruins was very creepy, for example, but I’m not sure how to capture its The Shining-esque sense of isolation. Link’s Awakening also has an eerie aura around it, but it’s better captured by a suspense thriller than a haunted house.

There are so many elements ripe for the picking. I haven’t even mentioned our beloved ghostly hand in the toilet. There are tons of monsters that would be good to include, too. There’s the blood moon; even the Twili deserve some consideration. Puppet Zelda, Dark or Shadow Link, and Phantom Ganon could even make amazing cameos somewhere. Or, Link could make a few appearances throughout the experience, fighting off enemies and hitting us with a few of his injured or falling sounds!

Speaking of sound– the music and noises that play during the haunted house can definitely elevate the experience. Of course that Music Box House tune will play when appropriate, that Skulltula scurrying sound should feature, and I imagine the clock striking and final day music from Majora’s Mask will play at the end. Somewhere in there the Elegy of Emptiness and Nocturne of Shadow need to make an appearance. And I personally think the rainy-day Village of the Blue Maiden theme is spooky, but a bit hokey so it may be a good fit for the Tingle section of this here haunted house.

All of this talk is making me want a Haunted Mansion or Snow White’s Scary Adventure style Zelda dark ride, in addition to this seasonal attraction. There are so many possibilities, it’s hard to settle on what combination of things would be the best. I’d love to hear all of your ideas! Especially if any fans out there have experience designing frights like this.

So, what would your Zelda-themed haunted house look like? Would you like to see something like this made in real life? Let us know in the comments!

Comments
Sorted Under: Daily Debate, Majora's Mask, Original Content
Tagged With: No tags were found for this entry.