Daily Debate: What Would Every Major Zelda Character Order at a Coffee Shop?

Posted on September 13 2021 by Alexis Anderson 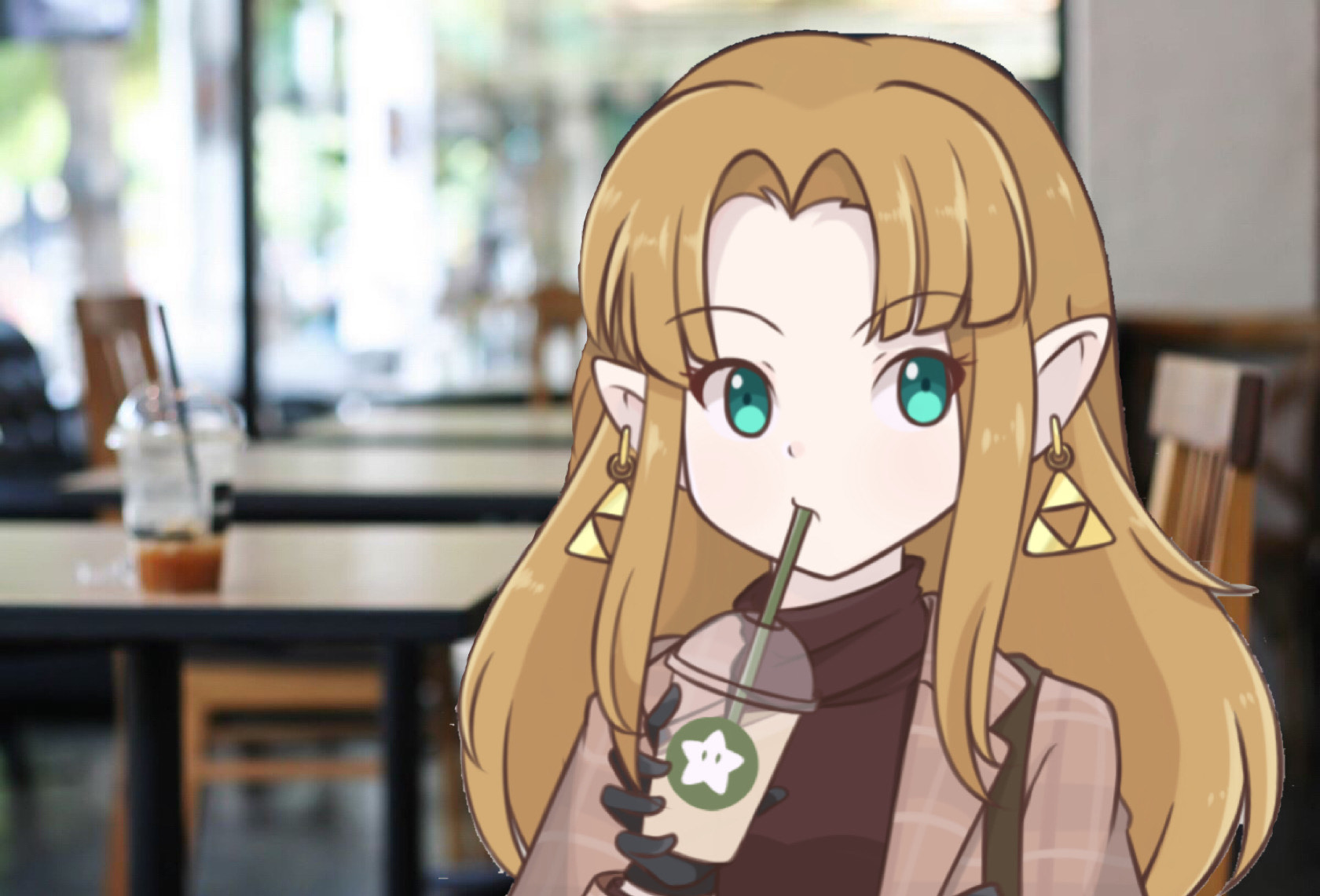 Let me begin by saying, I am not the right person to answer this question. I am not a coffee drinker, but everyone in my family imbibes so I have a sense of what’s out there. I just had a gut feeling that Link would be a matcha latte kind of guy and wondered what the rest of the gang might like to greet the morning with. So, if my assumptions are far off (since I’m not exactly a caffeine connoisseur), don’t hesitate to set me straight in the comments.

Link: Matcha Latte
Like I said, matcha latte. When I think more deeply on the subject, I worry that this is a little too bougie a drink for smalltown Link to love. He might go for just a standard matcha tea. But I feel like once he started out on his adventure he would try a matcha latte and it would become his favorite. I think it would be the perfect boost along his journey, working for both energy and focus. 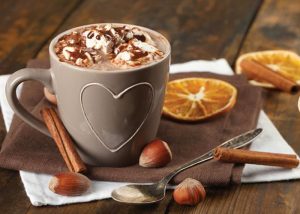 Zelda: French Vanilla Macchiato
Zelda was a challenge for me in this, but I ultimately settled on a french vanilla macchiato. The series has effectively established Princess Zelda as an intellectual, a bit of a historian, and a dedicated leader of her people. French vanilla always invokes academia and cultured snobs. The word macchiato conjures the same. Zelda isn’t a snob, but I just think a rather refined, yet sweet drink is a good fit.

Ganondorf: Black Coffee
We saw this coming from a mile away– substance over style. Black coffee would definitely be Ganondorf’s go-to. It gets straight to the point. He gets the caffeine to power him through the day with no frills. This isn’t to say that the man never wants something sweet or yummy, but coffee is just another weapon in his arsenal (and I’d care to wager he’s one of those “I like the taste of black coffee” guys to boot).

King Daphnes Nohansen Hyrule: Hazelnut Cappuccino
I can’t say that I know the King of Hyrule very well, but he’s sort of a stern father and committed leader who probably enjoys the finer things in his off-time. Similar to the macchiato I gave Zelda, the word cappuccino has a fancy and European overtone. So, based on what little I know about King Daphnes, I think he would’ve enjoyed a nice hazelnut cappuccino in his time.

Tetra: Cinnamon Iced Coffee
Tetra is a rather serious pirate captain, but she has more personality than Ganondorf and would probably treat herself just to spite people who might expect her not to. So a little flavor is just right for our favorite girl boss. A dash of spicy cinnamon and ice for those hot days out on the sea sounds like a perfect fit to me. I can see her now yelling at Niko to make it, then remake it for her with less oatmilk.

Marin: Café Bombon
This coffee has condensed milk in it, which you should absolutely try if you haven’t (the condensed milk that is, I can’t vouch for the bombon). Condensed milk is delicious– it’s a sweet cream type of thing with a consistency just a bit thicker than chocolate syrup. The reason I’ve had condensed milk is that my mom’s Jamaican and it was something she had a lot growing up. So, Marin being an island girl as well would likely be very familiar with it and for sure try it in her coffee. A girl as sweet as Marin deserves a sweet coffee. 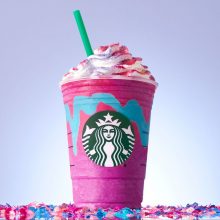 Midna: Nitro Cold Brew
I am sort of going off the impression the name gives again here, but nitro cold brew to me suggests a chilly dusk or a midnight blue. I think it’s a great choice for Midna. She’s getting her caffeine and getting it cold, but a very precise cold. Midna is certainly snippy enough to desire a very particular process be employed to make her coffee. Then she gets the perfect drink every time, and I love that for her.

Epona: Apple Crisp Crème Frappuccino
I didn’t want to give this horse caffeine! I was expecting to say a puppuccino, but I came across this (maybe seasonal) frapp from Starbucks and I thought well hey with the amount of apples I fed my horses in Breath of the Wild this sounds like just the thing. Epona might prefer a carrot flavored drink, but those aren’t too prevalent at coffee shops, sorry to say.

Impa: Caffè Americano
Impa probably gets up early to train every morning, so she’ll need something kind of strong. But that doesn’t mean she has to sacrifice taste. So I think she would go for an Americano, since it’s just a different type of espresso (so the internet tells me). 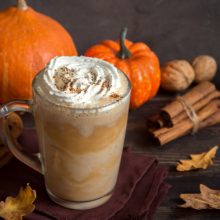 Groose: Pumpkin Spice Latte
Groose is defined by bluster and bravado. But underneath it all he’s a kind-hearted guy with a good dose of nervous energy, in my opinion anyway. So I think Groose would harbor a secret love of the PSL, but hide it for fear of people thinking he’s basic. Also, a pumpkin spiced latte would probably be pretty popular in Skyloft given its proximity to the Lumpy Pumpkin.

Prince Sidon: Kiwi Starfruit Refresher
I struggled to come up with what drink would live up to the man, the myth, the legend Prince Sidon. I ultimately chose Starbucks’ Kiwi Starfruit Refresher. This does have caffeine in it, but it’s not technically coffee. It’s more of a fruit juice and I just get a sense from Sidon that he probably eats and drinks like an athlete. This drink gives me post-workout thirst quenching vibes, akin to Gatorade or a smoothie. And he would so go for a unique, showstopping beverage. Kiwi and Starfruit? Iconic.

Saria: Chai Tea
Saria is such a sweetie, she definitely strikes me as a tea person. She’s a calming presence and a bit creative given her skills on the ocarina so a I think chai is the right fit. Wish I had more to say on the subject, but that’s all I’ve got. 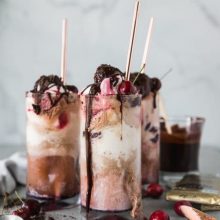 Tingle: Black Cherry Bourbon Hot Chocolate
This is not a Starbucks drink. In truth I’m not sure where you can get it, but there are a million recipes online for it. We have got a bonkers mix of flavors here 1) black cherry, 2) bourbon, 3) hot chocolate. Tingle is as much a jumbled mess of a man, and gosh doesn’t the bourbon make almost too much sense. Despite being so mixed-up, this drink sounds yummy. And despite Tingle’s strangeness, I think he’s a gem so this drink is Tingle incarnate– if you get it in a green cup.

Beedle: Double Shot Espresso
I mean, what else. Our skittish, whacky shopkeep is probably pretty wired most of the time. Especially Beedle in Skyward Sword since he has to keep those legs moving all day– I do worry for his heart health but my dad assures me coffee is actually good for one’s heart so it may all depend on how much of it he drinks.

Well, there you have it. My highly uninformed presumptions about what many major Zelda characters would order at a coffee shop. This was a ton of fun– I hope you had as much fun reading it as I did writing it.

Do you disagree with any of my picks? If there are any characters I missed, what do you think they would order? Share your thoughts in the comments!