Daily Debate: What Would a Zelda Game Set in a More Futuristic Setting Look Like? 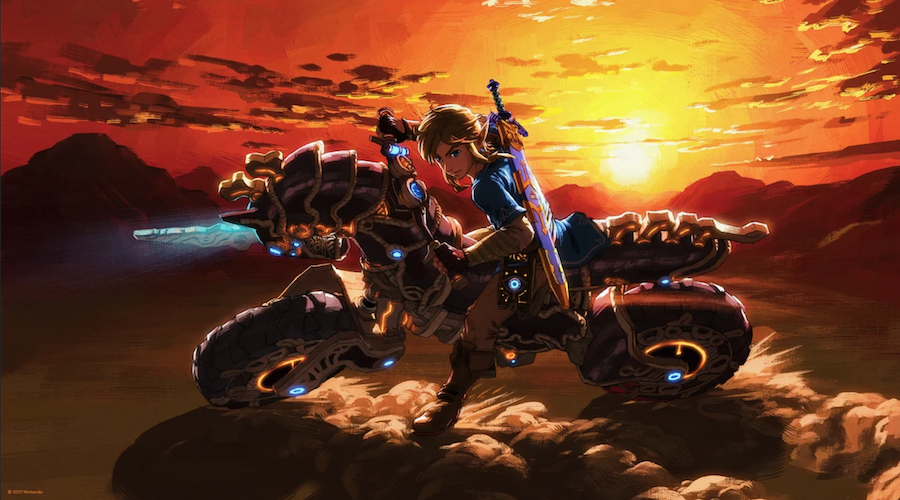 While Zelda as a series has its roots in medieval-style fantasy, it has always been known to flirt with more futuristic elements. Dungeons like Great Bay Temple, the Palace of Twilight, Lanayru Mining Facility, and even the entire concept of Spirit Tracks really toyed with these more industrial and even electrical elements. Recently, our own Champion’s Cast explored the idea of a Cyberpunk Zelda, which focused on a very traditional dystopic cyberpunk concept, but what would a more traditional futuristic-styled Zelda game look like?

Mind you, when I say futuristic, I don’t even necessarily mean futuristic from our own perspective. We have plenty of industrial dungeons, but Spirit Tracks is about as close as we’ve ever come to an industrial overworld and let’s be honest, it really isn’t that industrial save for all the train tracks. The ultimate obstacle when it comes to approaching this concept is making the game still feel like Zelda. Many fans will often balk at the idea of a Zelda in a modern setting as it doesn’t feel like it fits, but I think there are ways to bridge this gap. Namely in maintaining that idea of magic still despite having a less traditional fantasy setting.

There are fantastic concepts out there that really handle the mix of modern or future elements with magic quite well, such as World of Darkness and Shadowrun. If I were to go about this task myself, I think I would actually go for that more modern setting. I backpacked across the country when I was in my early 20’s and there were so many incredible things I found in the wilderness and corners of this giant rock we call home. Mixing magic with things like the abandoned ghost towns of the US, the old ruins of old civilizations in Europe, massive forests and jungles of South America, and even the sprawling metropolis of Tokyo could serve to make some very creative kinds of dungeons we’ve never really seen before in the Zelda series.

To go with this, I have the idea of Link potentially being from the past and arrives in this future via some means like Ocarina of Time. It allows us to learn about this modern world alongside him, and we can probably make an old ruins one of our first dungeons in order to play with Link’s memory of this place being a place from his youth and having to look at it in a new way, a bit of a echo to the idea of the Forest Temple being this lost entity within his home in the Kokiri Forest.

What’s your take on this? Would you put Zelda in a steampunk, modern, or futuristic setting? Something else? What would it look like? Let us know in the comments below!

Comments
Sorted Under: Daily Debate, Games, Ocarina of Time, Original Content, Spirit Tracks
Tagged With: No tags were found for this entry.