Daily Debate: What Would a Journey-Style Zelda Game Look Like? 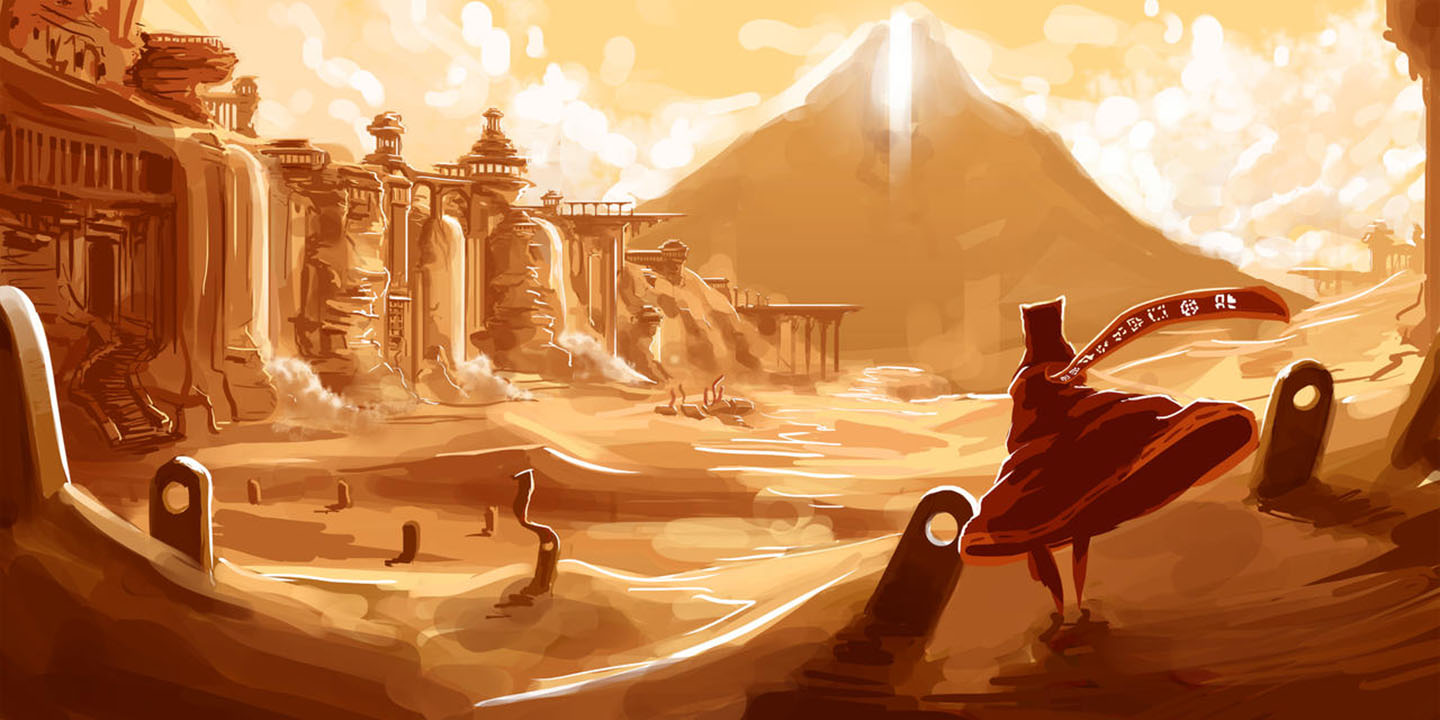 There have only been a few games that have made me feel the wonder and comfort of a Zelda title. I’ve left many popular non-Zelda games unfinished or untouched altogether because some aspect was overwhelming to me, from a steep, genre-specific learning curve to the potential for scary exchanges with other players online. I’m admittedly quite a hermit. One exception to my gaming pattern was Journey, a game which takes the player on a meditative quest for self-fulfillment as one’s character crosses a vast desert towards the shining peak of a far-off mountain. The concept is simple, but the game is beautiful.

Journey was developed by Thatgamecompany and was released for the PlayStation 3 in 2012. Curious adventurers can now find it ported to PlayStation 4 and 5, PC, and Apple iOS. Journey features an enrapturing score by Austin Wintory, which is implemented dynamically throughout the game, responding to player actions and triggered events. A defining characteristic of the indie adventure game is that it is entirely wordless — even in cooperative play. The player must rely on visual and audio cues for clues and insights to progress. At the beginning of each playthrough, the player character will be assigned one of 21 symbols, which are collectable over the course of repeat sittings. The cooperative element is also refreshingly different. Along the way, you may temporarily encounter someone else playing the game, but cannot communicate with them over text or voice. Rather, players can chirp and sing to one another, pointing the way forward and assisting each other in climbing platforms and navigating challenges. For me, this is the ideal way to play with strangers online, allowing for the fun of human connection without opening you up to potentially uncomfortable interactions.

Reminiscing about my first time playing through Journey in one delightful sitting during my college days, I got to thinking now: what would a Journey-style Zelda game look like?

Certainly Link lends himself well to a wordless journey! Zelda games also tend to possess a wonderful combination of environment, music, and intuitively-led exploration. While a story without speaking to other characters, reading explanatory text, or receiving directions would certainly depart from the standard lineup, I think a Zelda story without all these things could be just as enchanting and moving. I would love to see Journey‘s style of gorgeous immersive scenery, rich character aesthetics, and take on cooperative play brought to a Zelda title, even if it was a similarly short experience (Journey is a 2-3 hour game). Arguably Breath of the Wild already has some Journey-like elements, including a responsive ambient and musical score and many detailed ruins worth endlessly exploring.

But what about you? What would a Journey-inspired Zelda game look like? What would you enjoy best? Let us know down below in the comments!