Daily Debate: What Role Would You Play as an NPC in a Zelda Game? 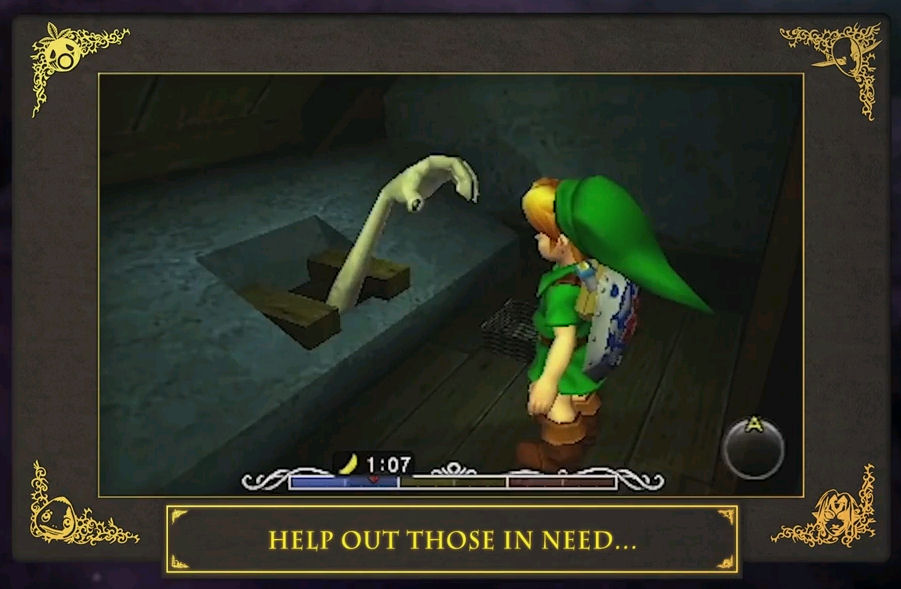 When we pick up our controller to play a Zelda game, we often slide straight into the mindset of Link and set off on wonderous adventure throughout Hyrule.  We might jump right into battle with some enemy or another, or decide to follow the odd sidequest or two.  It’s a hero’s life and if we’re playing the game, we’re usually onboard with that.  But what if that wasn’t our destiny?  What if we found ourselves in the position of an NPC in a Zelda game, and it wasn’t just a mindset, it was real life?  What role would we play while Link storms the castle and saves the day?

I’m not one to shy away from a storyline, so I’d like to be in the thick of things.  Maybe I could be a companion NPC!  I’d want some dialogue and a cool backstory to keep things interesting, and I’d want some credit where it’s due if I helped save the world.  With my luck, I’d probably end up as something else instead, like a shopkeeper or merchant.  Then again, an innkeeper from Majora’s Mask did make an impact upon fans of the series with a certain well-known sidequest, so I won’t knock that type of NPC too much!

There are other options, such as becoming an enemy NPC, like a member of the Yiga Clan in Breath of the Wild.  If you don’t fancy yourself as a baddie, you could take up the mantle of a Great Fairy instead.  Technically, you’d have a hand in saving Hyrule by bestowing some sort of gift or help upon our favorite hero.  Or maybe you’d be something as simple as ???, in need of a simple piece of paper to make the world right again?  These are only a small percentage of the roles you could play as an NPC!

I know that Zelda fans are a creative bunch, so hit me with the roles that you would play if you found yourself as an NPC in a Zelda game.  Let me know in the comments below!

Comments
Sorted Under: Breath of the Wild, Daily Debate, Games, Majora's Mask, Original Content
Tagged With: No tags were found for this entry.