Daily Debate: What is Your Favorite Version of Zelda’s “Dead Man’s Volley”?

Posted on November 24 2021 by Joseph Berlinger 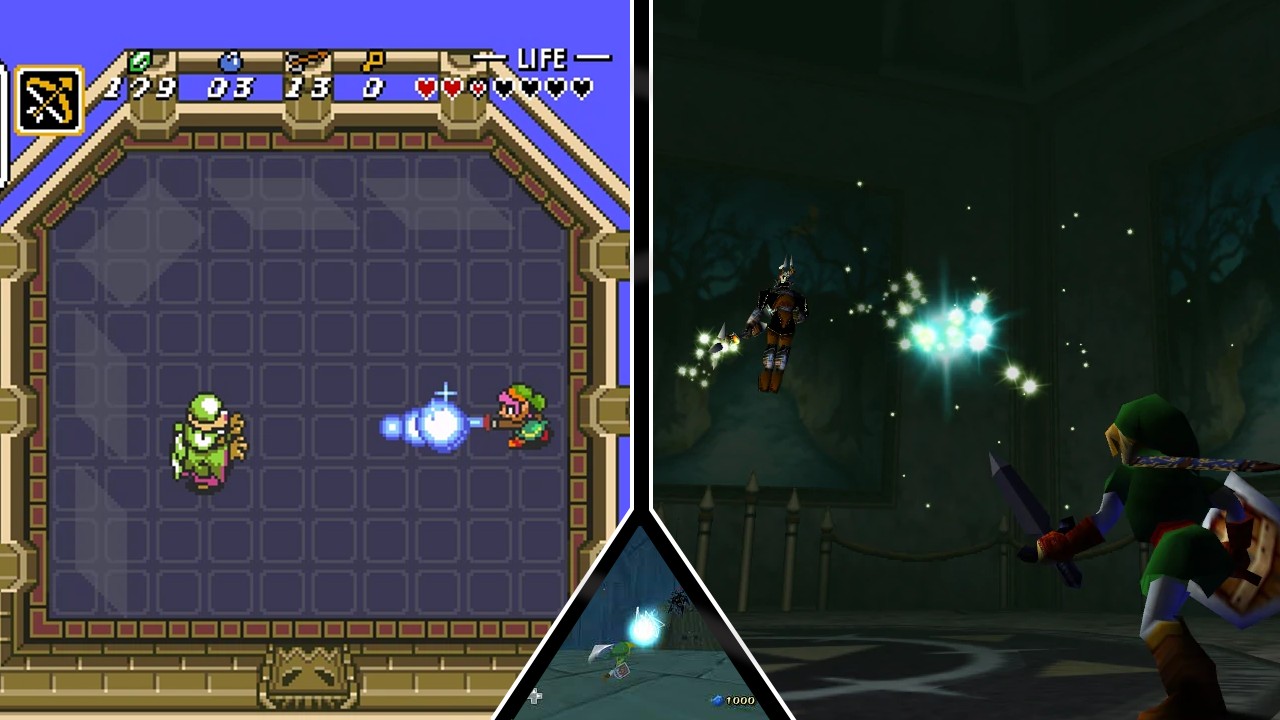 Several notable Zelda bosses were so powerful that they could only be destroyed by their own weapons. Heavy hitters such as Agahnim, Ganondorf, Yuga, Vaati, and Phantom Ganon have all used this technique in an attempt to finish off Link. To those who haven’t experienced it, Dead Man’s Volley is a recurring combat trial in the Zelda series. A boss or miniboss will unleash an orb of energy at Link, and the player must quickly strike the orb with a sword or other reflective item (i.e. a bottle). This will send the energy ball back at its creator, who in turn will hit it with a blade sending the orb back at Link. The two will hit the ball back and forth until someone makes a mistake in timing. The loser gets damaged and is open to attack. Dead Man’s Volley has occured in the Zelda series since A Link to the Past, but it was first named at the start of the Cubis Sister’s boss fight in Phantom Hourglass. With this in mind, what is your favorite Zelda moment to involve the Dead Man’s Volley?

For me it is the duel with Phantom Ganon in The Wind Waker’s Forsaken Fortress. The central area of the fortress and its bright spotlights make for an epic battle arena. My blood gets pumping as the upbeat music plays. The alien sounding organ piece is a remix that amalgamates many of Ganon’s past themes. As far as minibosses go, Phantom Ganon is no pushover. He will teleport and fly around the area, throwing his projectiles and swinging a great sword. If Link is quick, he can hit the orbs back and initiate a volley. Once he does, the two get into furious exchange of sword blows, battering the energy ball back and forth. The winner scores a hit, while the loser takes the pain. By the time it was over, the phantom was nothing more than dust, while Link earned himself the mighty Skull Hammer. That was a fun fight.

Which Zelda game’s Dead Man’s Volley was your favorite to play? Let us know in the comments.

Comments
Sorted Under: A Link to the Past, Daily Debate, Games, Original Content, Phantom Hourglass, The Wind Waker
Tagged With: No tags were found for this entry.