Daily Debate: What is the Most Out-of-Place Object or Character in the Series? 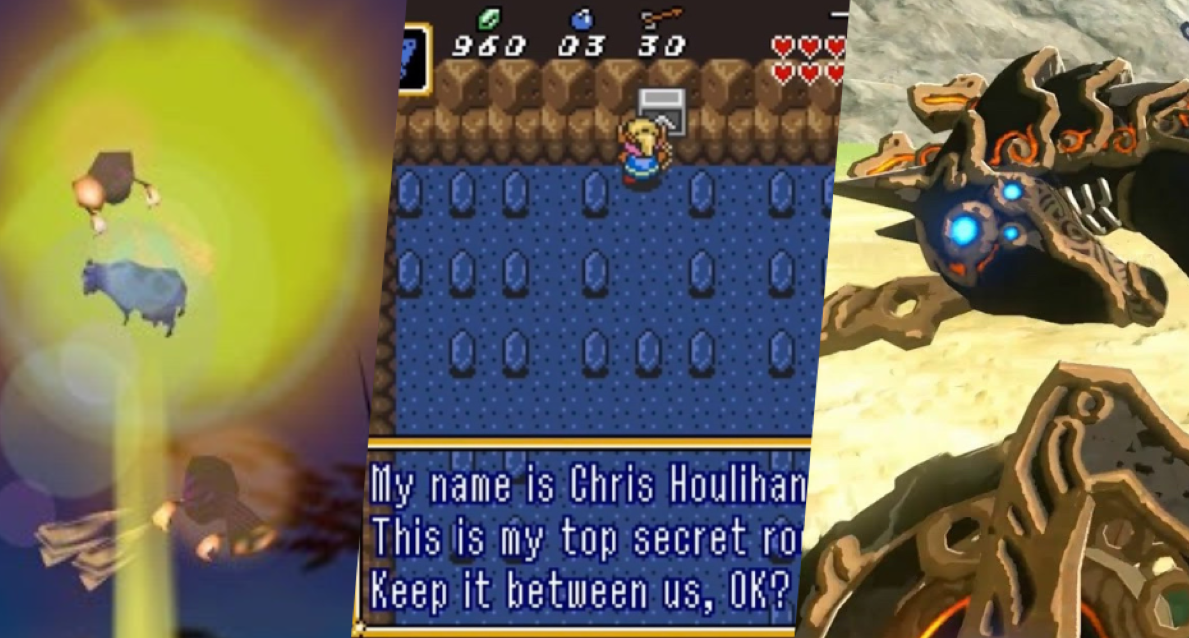 The Zelda series exists in a flexible pocket of fantasy that allows it to seamlessly integrate odd personalities, mysticism, technology, and all matter of monsters in-game. The teams behind each title do a great job of blending different elements into a particular game’s setting, so it isn’t often that I come across something in a Zelda game that makes me do a double-take. However, there are a few exceptions when it comes to characters, vehicles, enemies, and secret rooms.

Let’s start with out of place characters. Batreaux in Skyward Sword threw me for a loop. A demon living in Skyloft? Why? How? Where did he come from? As much as the Remlits’ temperament shift gave me a scare, this mild-mannered bat person shocked me more. Another character who struck me as out of place was Jovani in Twilight Princess. It’s weird to think that random civilians could get themselves into so much trouble that they and their innocent cats could be turned into conscious gold statues. And as strange as much of Majora’s Mask is, the cucco guy, Grog, is such a stark portrayal of punk in a series where I didn’t think that counter-culture existed.

Those characters aside, the top three most out of place things in Zelda for me are the aliens in Majora’s Mask, the Chris Houlihan room in A Link to the Past, and the Master Cycle in Breath of the Wild.

Do you agree the Majora’s Mask aliens are the most out-of-place thing in Zelda? What in the series most made you stop and scratch your head? Let us know in the comments!

This Daily Debate was inspired by Discord user @GJTPJ.

Comments
Sorted Under: A Link to the Past, Breath of the Wild, Games, Majora's Mask, Original Content, Twilight Princess
Tagged With: No tags were found for this entry.