Daily Debate: What Is The Best Piece of “Original” Music From Skyward Sword? 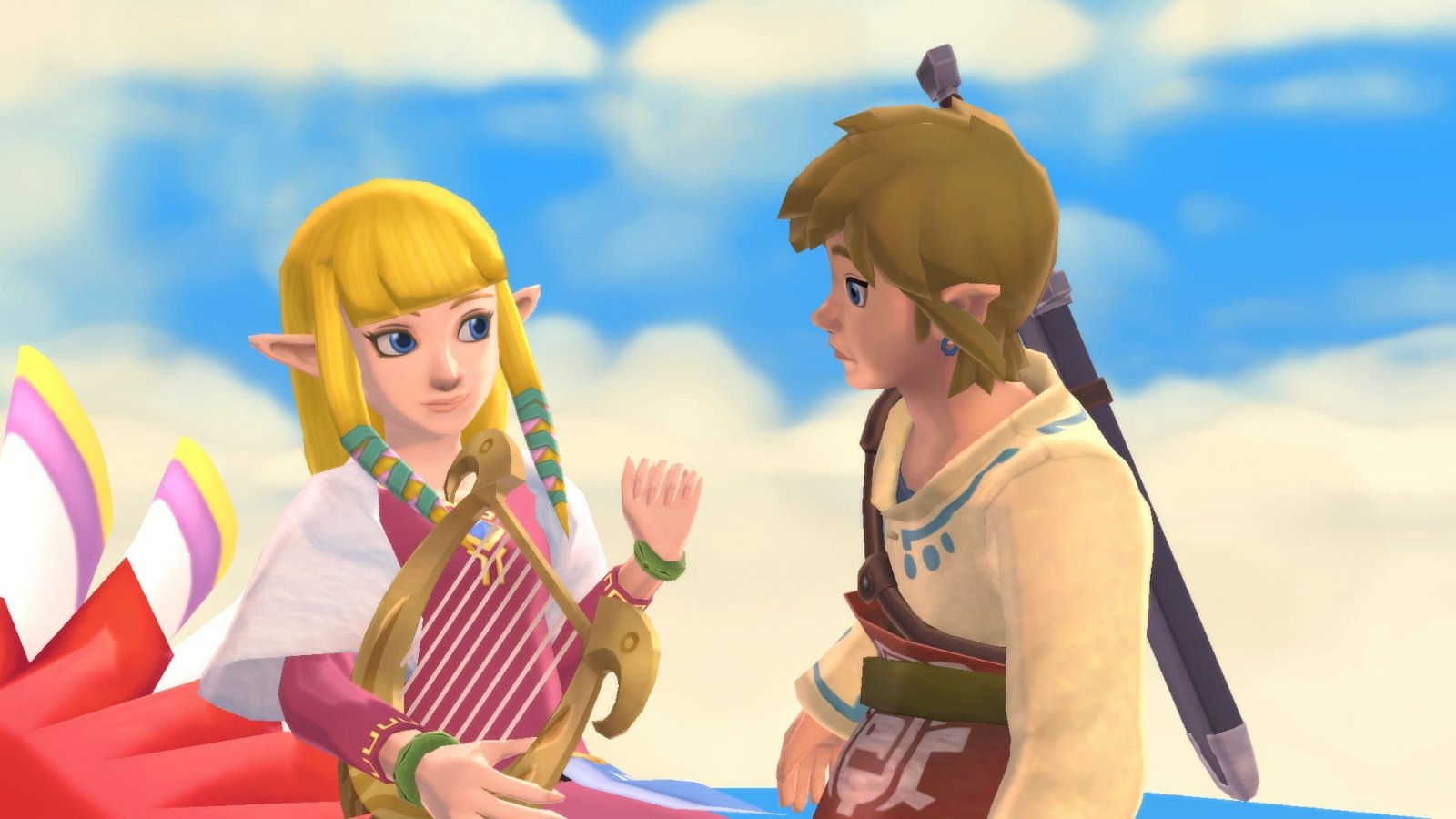 Music is an important component of the Zelda series. In addition to the amazing soundtracks created by composers like Koji Kondo, musical instruments and tools have been featured in a variety of games. The first Zelda game  featured the recorder, and later games added instruments like the ocarina, flute, and harp. The harp was the key instrument in Skyward Sword, though its gameplay functionality was limited. While the harp may play a diminutive role in Skyward Sword, the game has an assortment of great new and returning songs, including my favorite version of “Zelda’s Lullaby.” Regardless of returning favorites, each new entry in the Zelda series also receives great new songs.

What is your favorite original song or songs from Skyward Sword? One thing I love about Skyward Sword is that the soundtrack captures a wide variety of moods and tones. There are soothing songs like “Fi’s Theme” and “Skyloft;” dramatic songs like “The Sky” and “Ballad of the Goddess;” and fun songs like “Groose’s Theme,” “Batreaux’s Theme,” and “The Lumpy Pumpkin.” The game also has its own set of harp songs, which are less famous than the Ocarina songs from Ocarina of Time and Majora’s Mask, but are still enjoyable tunes. My favorite harp song is the incredible “Song of the Hero,” which forms a key part of the late game quests. Finally, all the variations of “Ghirahim’s Theme” are suitably evil and playful for the lavish demon lord (who much prefers to be indulged with his full title).

Overall, my favorite original song from Skyward Sword is “Romance In The Air.” This song plays over key early moments between Link and Zelda in Skyloft and as they soar around together on their loftwings. It is a very energetic yet soothing song that makes you feel that romance in the air. I consider the song to be the official anthem for those who want Link and Zelda to have a romantic relationship. Another favorite from the game is “Fi’s Gratitude,” which still proves to be one of the most emotional songs in the series for me. The tender notes of the piano are powerful and unforgettable. Lastly, for anyone who has not played the game or is returning for the first time in a while, make sure you watch/listen for the end credits theme. The end credits theme is an absolute tour de force seven minute masterpiece.

What are your favorite new/original songs from Skyward Sword? Why are those songs your favorite? Let us know in the comments below!