Daily Debate: What is the Best Moment in Twilight Princess? 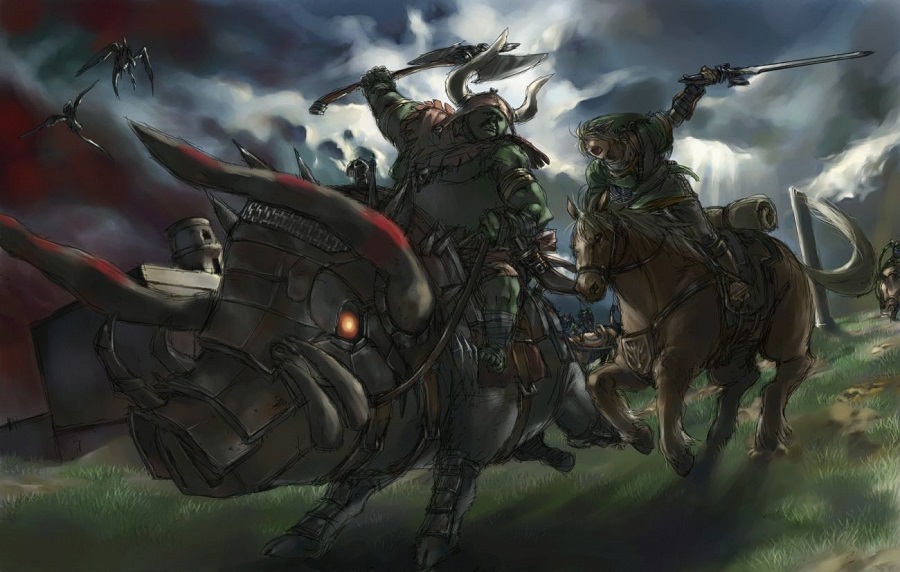 Wherever definitive rankings of Zelda games are compiled, The Legend of Zelda: Twilight Princess is sure to be well represented. From its unique (albeit controversial) art style, a feisty companion, epic music, and fan-favorite Wolf Link, this title is one of the most celebrated in the franchise. But what is the best moment from Twilight Princess?

There are so many wonderful aspects and plot points in the game that it would be impossible to cover them all here; but I’ll put forward a few for your consideration. Of course, if I fail to highlight the part you feel is best in the game, please make your case passionately in the comments. There’s no shortage of worthy moments.

Certainly one of the most iconic landmarks from Twilight Princess is the Bridge of Eldin; Nintendo even gave it its own battle stage in Super Smash Bros.  There are few moments when I felt more heroic, channeling the spirit of the hero himself, than when battling King Bulbin, charging on the back of Epona to free Colin. One of the strengths of the game is the depth of its character development, and Link’s connection with the children makes the game feel deeply personal.

It’s also tough to beat the moment Wolf Link approaches the Master Sword, and the dark power of Zant is broken, freeing the legendary hero from his sway.  Not only does it reveal the power of the iconic weapon, it also allows the player to utilize an enjoyable aspect of the game: switching between human and wolf form at will. The entire plot point is also made possible by a fantastic return of Skull Kid.

For many, rescuing Midna after she is nearly killed by Zant is a cherished moment. “Midna’s Lament”, the driving rain, and Zelda’s unexpected sacrifice make this hard to forget. While it’s not the light-hearted tone that typically defines the series, it carries an emotional resonance that sticks with many fans.

Of course, the final battle with Ganondorf ranks as one of the best in the series, taking players into a fierce, mano a mano combat with Link’s arch nemesis and his Sword of the Six Sages. Surrounded by golden twilight, players stand alone to save Hyrule, overcoming the expert swordplay of the Gerudo King.

Tell us what you think. What’s missing from this list? Perhaps it’s discovering the Temple of Time, battling Argorok in the skies, or the shootout at Hidden Village? What do you think is the best moment of Twilight Princess? Share your ideas in the comments below!

Comments
Sorted Under: Daily Debate, Games, Original Content, Twilight Princess
Tagged With: No tags were found for this entry.