Daily Debate: What Individual Powers Would You Like The Triforce To Grant?

Posted on September 18 2019 by Brittany Lindstrom 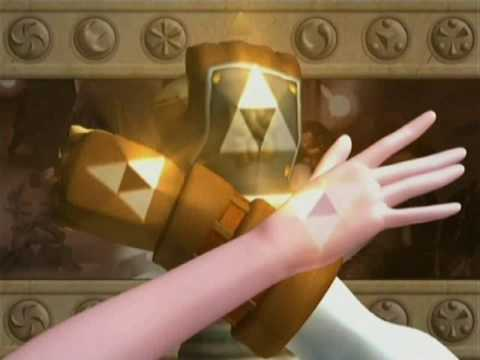 There’s a basic understanding that those who wield pieces of the Triforce receive certain boons from it. Ganondorf hits gym day and receives an ever increasing muscle mass. Princess Zelda has an affinity for negotiating with foreign powers. Link gets to hyuut and hyat his way across Hyrule proving that, yes, he is still capable of wielding the most dangerous arsenal of weaponry the world has ever seen.

Maybe, like in Dungeons and Dragons, Zelda’s high wisdom gave her an the ability to ensnare her enemies in vines? Could Link’s courage inspire other characters to be his companion for a temporary time during his adventures? Perhaps a playable Ganondorf could continuously summon images of his rehydrated form to dazzle and confuse his enemies?

I admit, most of my ideas (aside from the final one) are probably pretty awful. That’s why it’s up to you to tell us what the coolest power or game mechanic for a wielder of the Triforce would be. Let’s hear all of your creative, strange, and mechanically sound ideas in the comments below!

Comments
Sorted Under: Daily Debate
Tagged With: No tags were found for this entry.