Daily Debate: What Gap In The Timeline Should Come To Life As A Game?

Posted on February 08 2020 by Alexandria Weber 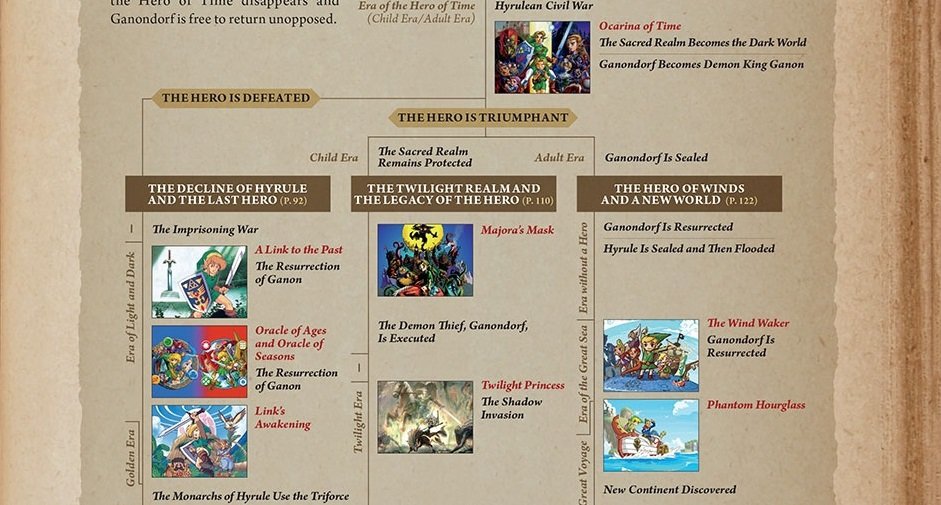 One of the more complex aspects of the Zelda series is the timeline that unites the games. While a subject of both debate and confusion among the fanbase, the timeline connects the titles in interesting ways. By bringing cohesion to games that are usually not direct sequels, the timeline depicted in Hyrule Historia gives the series’ lore structure and order.

However, there are still some gaps present in the official timeline, some of which being the Hyrulean Civil War preceding Ocarina of Time or the Ten Thousand Year Legend occurring before Breath of the Wild. Although Nintendo plans to continue forward from Breath of the Wild with it’s untitled sequel, it might be interesting to delve into unexplored storylines of the past. Establishing the Kingdom of Hyrule, in particular, would be intriguing to me. But maybe you’d like to see another gap filled, such as the resurrection of Ganondorf and subsequent flooding of Hyrule as described in The Wind Waker?

Would you like to see some of these events come to life as a game? Or are these stories already covered enough? Let us know in the comments below!

Comments
Sorted Under: Breath of the Wild, Daily Debate, Ocarina of Time, The Wind Waker
Tagged With: No tags were found for this entry.