Daily Debate: What Do You Look For in a Zelda Villain? 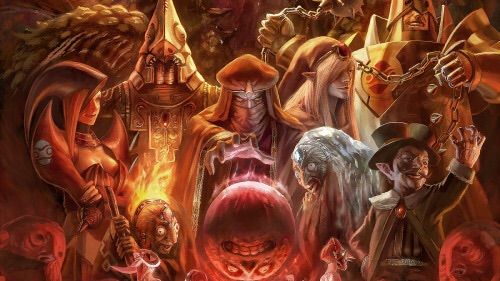 As far as Zelda villains go, it’s sometimes easy to forget we’ve got more than just our tried and tested evil lord Ganondorf. A permanent series mainstay, ever reincarnating from original ancient evil Demise,  he remains the father of all things dire in the realm of Hyrule. He’s supported by the likes of crass clowns and hysterical harlequins with delusions of grandeur, like living sword Ghirahim or the Usurper King Zant.

If they’re not Ganon, they’re often effeminate tricksters like A Link Between Worlds’ Yuga or the tyrannical sorcerer Vaati, complete with billowing lilac locks. Our often overlooked Vaati devolves into another category, that of evil incarnate in Four Swords Adventures, followed by Phantom Hourglass’ Bellum and Spirit Tracks’ Malladus. Skull Kid seems to float in his own category, apt for the villain of Majora’s Mask.

These other villains appear rarely, usually as some form of servant for a higher, rawer, more powerful evil – with ties to Ganon remaining strong. Following a rather distinct pattern, villains tend to fall under these clear-cut categories and lead very short careers, seemingly to make way for the unending battle between Ganon and Link. But do you enjoy these one-off sorcerers?

What do you feel makes a great Zelda villain, what else would you like to see? Something new or should someone return and see some development? Personally, I’d like to know more about Majora as an entity, but what do you guys think? Let us know in the comments below!