Daily Debate: What Art Direction Would You Like to See in the Future for the Zelda Series? 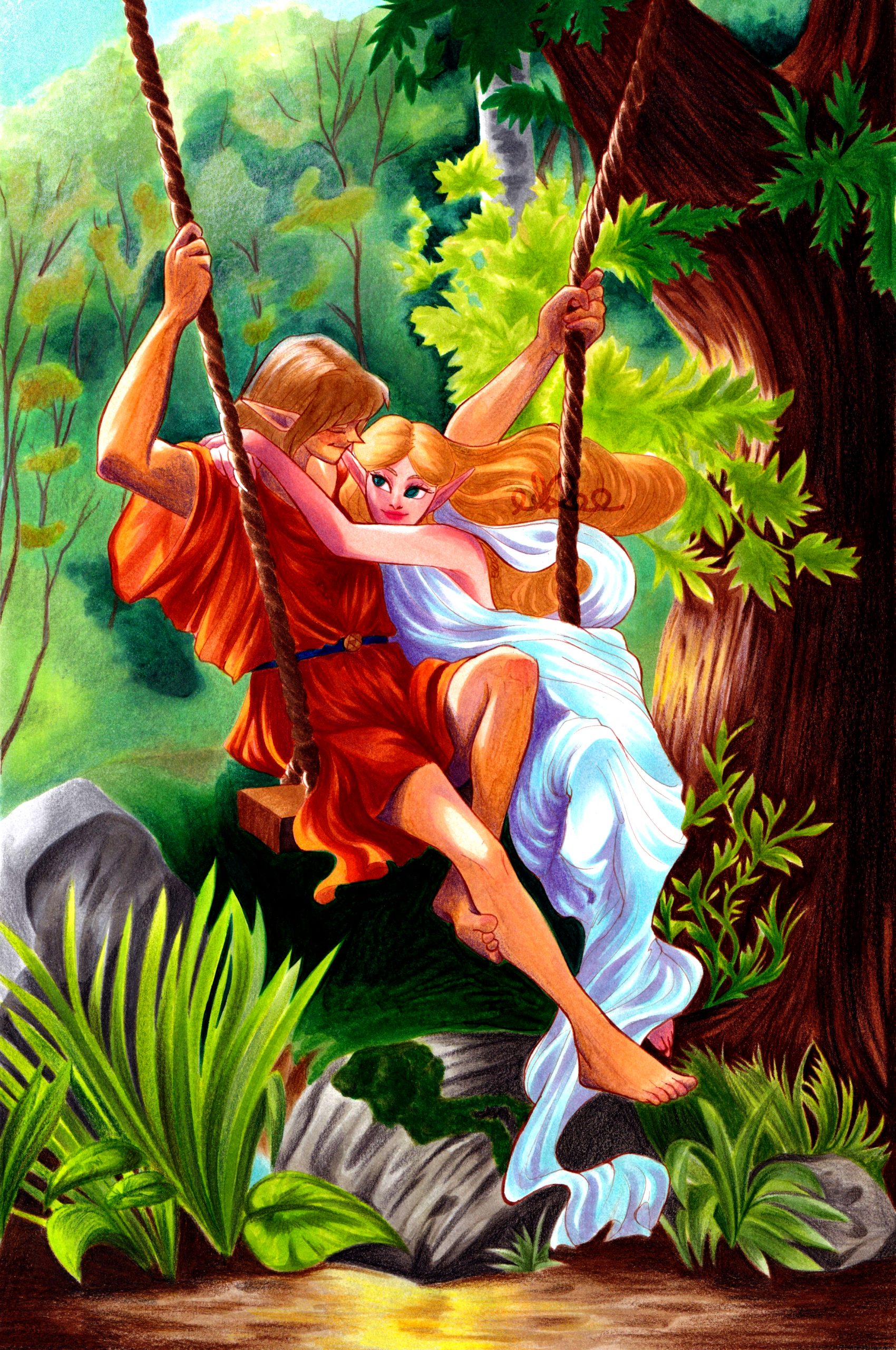 I’ve always loved looking at the official artwork and concept art for Zelda games. Groups of the games have their own unique art styles that sometimes aren’t very apparent from the in-game art style, which also can have it’s own unique renderings: from pixel art, to attempts at realism, as well as cel-shading. Overall, with both the game art and official artwork, I find myself sometimes wondering what the future could hold for this series.

So what styles do we have already? The first few 2D games all seemed to be very much inspired by manga art of the timeframe. Ocarina of Time, Majora’s Mask, and the Oracle games saw a slight shift to anime stylized art along with a more gritty and mature vibe. The Wind Waker, it’s sequels, as well as The Minish Cap and Four Swords Adventures all have a Sumi-e (classic Japanese ink wash) style. Twilight Princess looks to have drawn very much from the artwork in the books by J.R.R Tolkien, which was in turn influenced by Art Nouveau. More recently, Skyward Sword had an Impressionist art direction, as well Breath of the Wild focusing more on en plein air illustrations (this type of art also being most associated with Impressionism).

As mentioned earlier, we’ve seen different types of in-game art styles too: such as pixel art, attempts at realism, cel-shading, and lately, a mixture of realism in a cel-shaded style. Obviously nothing in terms of art direction is likely to change with the sequel to Breath of the Wild, and I know it feels strange to be thinking beyond this game; but given that the Zelda series is always experimenting,chamges that may lie ahead is exciting to ponder.

I think a Baroque style could be interesting for the official game art of a future game. I could easily imagine Princess Zelda wearing an elaborate Victorian era dress, and overall that would lend to an interesting style that isn’t too far off from the norm for the series. It might also be cool to see Ukiyo-e drawn from, a Japanese watercolor/woodcarving style that was popular in the Edo period. As for in-game styles, I would actually like to see a 2D game made at some point that goes back to pixel art again.

What art styles would you like to see the series adopt in future games? Is there any style we’ve already seen that you’d like to return? Let us know in the comment below!