Daily Debate: Was It Right For Zelda to Send Link Back In Time In Ocarina of Time? 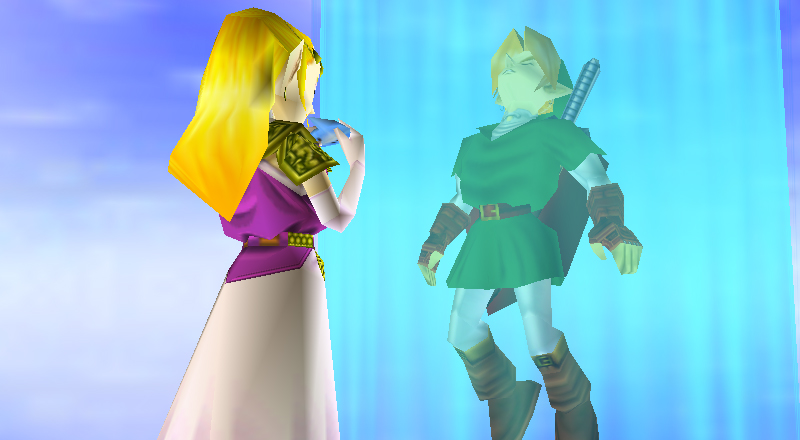 Spoilers for Ocarina of Time

At the end of Ocarina of Time, Zelda uses her powers and the eponymous Ocarina of Time to send Link back in time seven years. This moment is crucial as it sets the stage for the sequel Majora’s Mask, and would later be used as the rationale for fragmenting the series’ timeline.

This moment is an incredibly powerful story moment, one that people should examine careful as it is one of the most thought provoking and troubling moments in the entire Zelda series. In many the ways, the ending brings to mind some of the deep moral and philosophical time travel dilemmas that science fiction writers have been exploring for years.

The big question present in the ending is: If you could save people from pain and suffering with time travel, would you do it? What are the consequences of such an action? Link going back in time means that our hero is separated  from the timeline he had lived in. This would essentially eradicate that version of the world for our hero. What about all those amazing relationships Link had developed with Darunia, Impa, Zelda, and Navi? Is it right to risk losing those so that you, and others can live a different life?

Whenever I reach the end of Ocarina of Time, the ending always troubles me. Of course there had been many terrible things that had happened under Ganon’s rule, but this was the world I had lived in. As Link, I had fought tooth and nail to save it, to bring peace back to Hyrule. Now Link was just supposed to leave his world behind, to go back to the world that existed before hand? Link would have to leave behind every friend he had ever made, and give up all the growth he had experienced in his journey. Link was just supposed to wipe it all away, like someone wiping words off a chalk board? In my heart, I always felt that Zelda made the wrong choice. Link deserved the chance to be the hero he had grown into, to stay and help to build a new world.

What do you think? Does Zelda make the right choice at the end of Ocarina of Time?

Comments
Sorted Under: Daily Debate, Ocarina of Time
Tagged With: No tags were found for this entry.