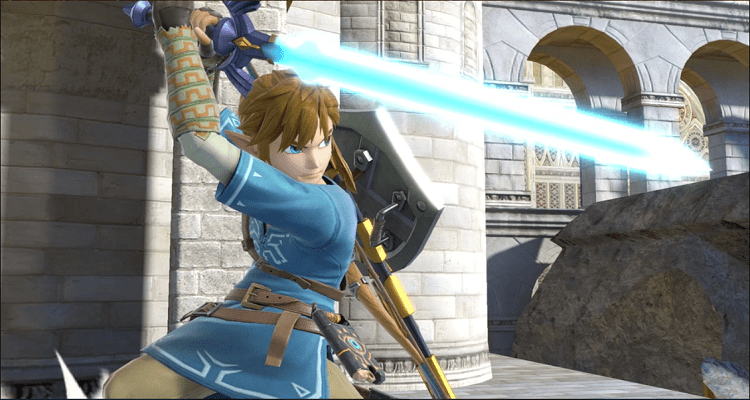 Throughout the years, Super Smash Bros. has served as — among many other things — a celebration of the Zelda series. The first four entries in particular showed some favoritism toward particular titles. Brawl, for instance, had its share of The Wind Waker representation with Toon Link and the pirate ship stage. Music tracks and stickers, meanwhile, gave attention to other Zelda titles. However, Twilight Princess was clearly the star of the Hyrulean show, given the portrayal of Link, Zelda, and Ganondorf. Even Super Smash Bros. for Wii U and 3DS couldn’t help but give Link’s 2006 adventure special treatment, despite the fact that Skyward Sword had been the most recent mainline entry at that time.

Considering Breath of the Wild’s monumental success, I expected last year’s Ultimate to go all the way with its representation of Link’s latest quest. Surprisingly, though, each playable fighter represented a different era of the legendary franchise. Other than Sheik’s outfit, only Link himself was inspired by Breath of the Wild.

Personally, I’m glad that Nintendo went this route — after all, The Legend of Zelda is bigger than just a couple of games. I mean, don’t get me wrong, Twilight Princess is my all-time favorite video game, but even I kind of wish the 2014 installment had taken an approach similar to Ultimate’s.

The only real issue I have with the game’s Breath of the Wild-inspired content is its stage. As aesthetically pleasing as the Great Plateau is, it makes for a generic battlefield. I would’ve much preferred to see something more dynamic — a Divine Beast stage that shifts throughout the match, for example.

What about you? Do you think Breath of the Wild got enough love in Super Smash Bros. Ultimate, or do you think the developers should’ve gone further? Would you have preferred to see that game’s incarnation of Princess Zelda as a playable fighter, rather than her A Link to the Past/A Link Between Worlds design? Do you wish one of the four Champions — or all of them! — were playable? I know somebody out there was crossing their fingers for a Guardian assist trophy! Whatever your thoughts are, let us know in the comments below!

Comments
Sorted Under: A Link Between Worlds, A Link to the Past, Breath of the Wild, Daily Debate, Games, Original Content, Skyward Sword, The Wind Waker, Twilight Princess
Tagged With: No tags were found for this entry.