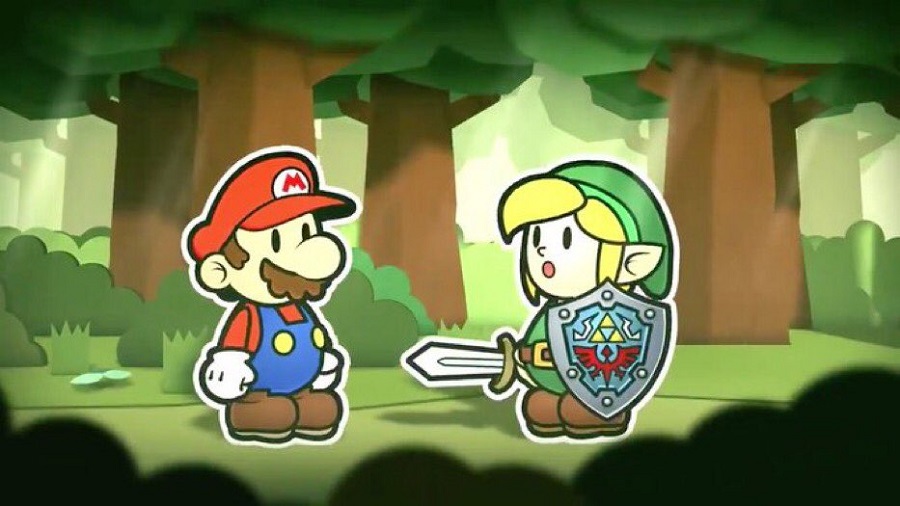 Now that enough time has passed to unfold the secrets of Paper Mario: The Origami King, I want to know if you would enjoy playing a Paper Zelda game?

In April 2020, we posted an article that featured an amazing video parody showing how great an official Paper Zelda game could be. If you haven’t seen this fantastic video, it’s a must watch, featuring some of the most iconic moments of the Zelda series in sticker-craft.

The Legend of Zelda is a series that has largely taken itself seriously (outside of the light-hearted handheld games) and many would place it in the genre of high fantasy. As such, it seems an odd fit for the witty Paper Mario universe. However, with Nintendo’s growing comfortability with Zelda spin-offs (looking at you Cadence of Hyrule), and the loads of new fans brought in by Breath of the Wild, now might be the perfect time to expand the range of content for the franchise.

Additionally, many Zelda fans have dreamed of a game that features turn-based combat and that embraces an RPG style gameplay, even if just for a single entry or spin-off. Paper Zelda would provide an adorable and hilarious setting for a new experience.

Some might worry that a turn towards non-canonical titles might simply be a money grab and divert attention from developing new mainline games. However, Nintendo has demonstrated an ability to take on more than one major Zelda project, and it’s doubtful such a decision would delay production of new content.

If you’ve played Paper Mario: The Origami King, or heard the buzz on social media, you probably know the game is full of loving references to the Zelda universe. Perhaps it’s time for Nintendo to go all in and give fans a Paper Zelda.

Let us know what you think. Should Nintendo create a Paper Zelda game? Share your reactions in the comments below!