Daily Debate: Should Majora’s Mask Have Been Rated T For Teen? 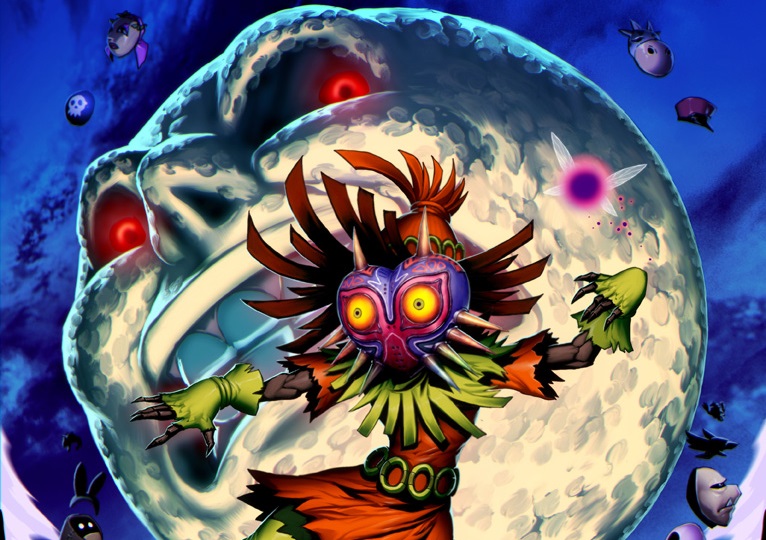 Majora’s Mask is far and away the darkest story and game in the Zelda series. Featuring a parallel world in a separate timeline, Majora’s Mask tells the apocalyptic story of the world at the mercy of the Skull Kid and the falling moon. Not only is the premise already urgent, but the inhabitants of Termina are incredibly flawed individuals whose lives are in disarray. On top of that, if Link is unable to help them throughout the 3 day cycle, their stories often end on a tragic note; Romani is left traumatized by the aliens while Cremia grieves for being unable to help her sister; Anju is distraught over Kafei’s sudden disappearance before their marriage; Lulu doesn’t regain her voice and she is left in sorrow over the loss of both Mikau and her Zora eggs; Ikana Canyon houses the remains of a lost civilization whose king still haunts the region, and that’s all before the moon falls, killing everyone.

These are just a few of the stories that can play out, but they all deal with depression and loss. These are dark themes and ideas that extend beyond surface level problems. The game may not be particularly violent or gruesome, but the subject matter is mature and makes for some interesting character development. I adore Majora’s Mask now as an adult that can appreciate these more complicated, rich ideas. But as a kid, this game terrified me. For years, I couldn’t bring myself to play the game and try to complete the story. The extent of my gameplay involved riding Epona across Termina field and talking to Romani and Cremia at the ranch. The three day cycle concept was already scary, but even the story, characters, and setting didn’t feature the same bright liveliness that they did in Ocarina of Time. The game achieved a creepy, mysterious aesthetic that made me want to play it, but also scared of it at the same time.

On one hand, while this could justify the game to have been rated T for Teen at the time, I’m really glad it wasn’t. This opens up Majora’s Mask to being an accessible game to people of all different ages and walks of life, making it a game that anyone can relate with and love. What do you think? Do you agree with the Majora’s Mask rating? Let us know in the comments!

Comments
Sorted Under: Daily Debate, Majora's Mask, Ocarina of Time, Original Content
Tagged With: No tags were found for this entry.