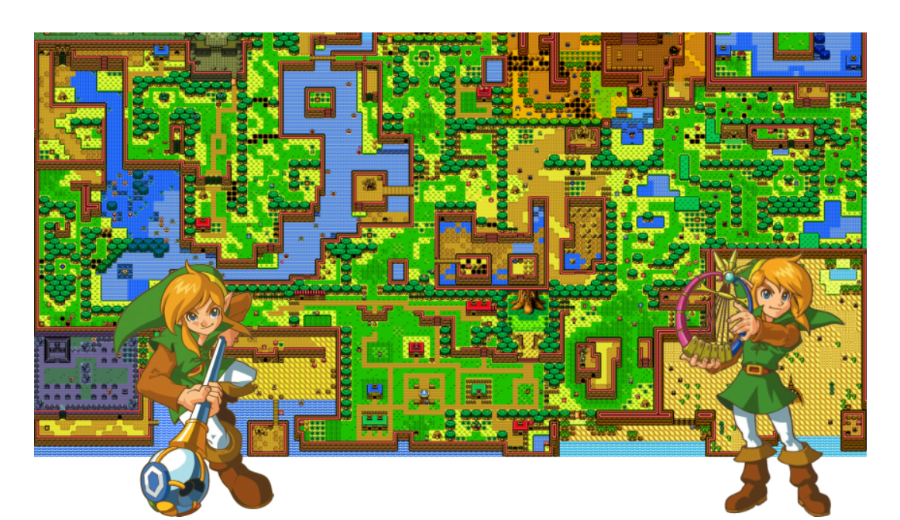 Underground kingdoms and extreme weather shifts, time travel and civilizations sprawling the ocean floor — The Legend of Zelda: Oracle of Seasons and The Legend of Zelda: Oracle of Ages gave players an experience unlike any in the franchise by combining the magical worlds of Holodrum and Labrynna into a legendary tale. Two game cartridges, link codes unlocking a hidden ending, and one fantastic adventure: for many, the Oracle games represent the best of what two-dimensional Zelda has to offer. As we celebrate the anniversary of these beloved Zelda games, I wonder: should future Zelda games integrate separate worlds like the Oracle games do?

With the simultaneous release date of February 27, 2001, no other Zelda games offer this type of unique experience. Other sets of Zelda titles have built upon previously released games; The Legend of Zelda: The Wind Waker had two direct sequels that explored new lands and derived their inspiration from the initial story. Zelda II: The Adventure of Link certainly explored an expanded Hyrule and further developed the same Link that saved the day in the original. However the only games that even remotely approach the unique relationship between the Oracle games are The Legend of Zelda: Ocarina of Time and The Legend of Zelda: Majora’s Mask, which were released 17 months apart and have a tangential narrative connection and the sharing of game sprites.

The Oracle games allow players to pass powerful rings back and forth between the two, maintain use of the Master Sword once it’s been obtained, and interact with NPC’s in a way that gives the illusion of real, interconnected worlds that are alive in a shared universe. When the games are both completed, players are given a special code that unlocks the true ending, revealing that each of the final bosses, Onox and Veran, were dark allies working for Twinrova, attempting to resurrect Ganon.

While it’s unclear if Nintendo will produce new two-dimensional Zelda games, it’s worth considering the value of linking adventures in the unique manner of the Oracle games. It seems that a fully developed three-dimensional game is unlikely to get this treatment as Nintendo would have to develop two of these in order to accomplish the simultaneous release. That said, perhaps Nintendo could build in the option for such crossover within the game code of the first release, and give fans two relatively quick productions, in the manner of Ocarina of Time and Majora’s Mask. It would certainly give significant replay value to the games and sell additional copies. Ultimately, if Nintendo does try to recreate the Oracle experience, it will likely happen with future 2D titles.

Tell us what you think! Did you enjoy playing the linked Oracle games? Should future Zelda installments integrate separate worlds like the Oracle games? Share your reactions in the comments below.