Daily Debate: Does The Opening of Twilight Princess Deserve Such A Bad Rap? 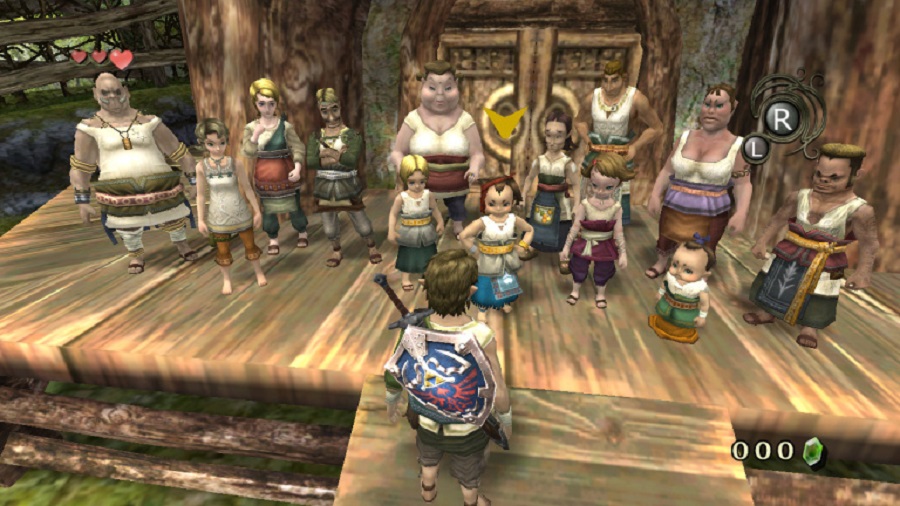 A recent episode of The Champions’ Cast reviewed the best and worst opening dungeons in the Zelda series. The crew expanded the concept to include any opening area that teaches the player how to navigate its respective game. Rated the absolute worst (“not even close,” according to Andy Spiteri) is The Legend of Zelda: Twilight Princess. After nearly choking on my morning oatmeal, I gathered my tears of light and got to writing.

I just so happen to be replaying the Wii version of Twilight Princess with my 8-year-old daughter this week. It’s our second time through the game together, and I am struck by how much we love it (particularly the opening) for different reasons. While she loves the joy of the trivial tasks such as catching fish or herding goats, I find myself appreciating the intentional character development that is sometimes lacking in Zelda games.

First, some concessions. Yes, the opening for Twilight Princess is long — very long. It’s not hard to find yourself playing Ordon Village for nearly two hours before anything of major plot significance occurs. And yes, the graphics, particularly the standard version, are an assault on the eyes. But the game takes its time to tell a story that roots players in a sense of community that few others in the series possess. Throughout its many dark dungeons, I never forget why, or for whom, I am fighting.

As such, I love the opening to this game. The walking pace story progression of Ordon Village allows me to discover the quirks and personalities of the other villagers. Particularly, the way Ilia obsesses over the safety of Epona, the comradery of Fado, and most touching, the vulnerability of Colin. Indeed, the boy’s desire to learn Link’s courage makes his actions to save Beth in Kakariko Village so impactful. Rescuing him on the Bridge of Eldin feels deeply personal for me.

Even later in the game, the pacing allows for perhaps the best relationship with a companion in the series, as players gradually bond with Midna. Ultimately, I believe the storytelling in Twilight Princess firmly grounds players in a community, one in which they actually care for the fate of NPCs because time allows the bond. As a result, Twilight Princess remains one of my favorite installments to date.

What do you think? Do you believe the opening of Twilight Princess is truly horrible? Let us know in the comments.

Comments
Sorted Under: Daily Debate, Games, Original Content, Twilight Princess
Tagged With: No tags were found for this entry.