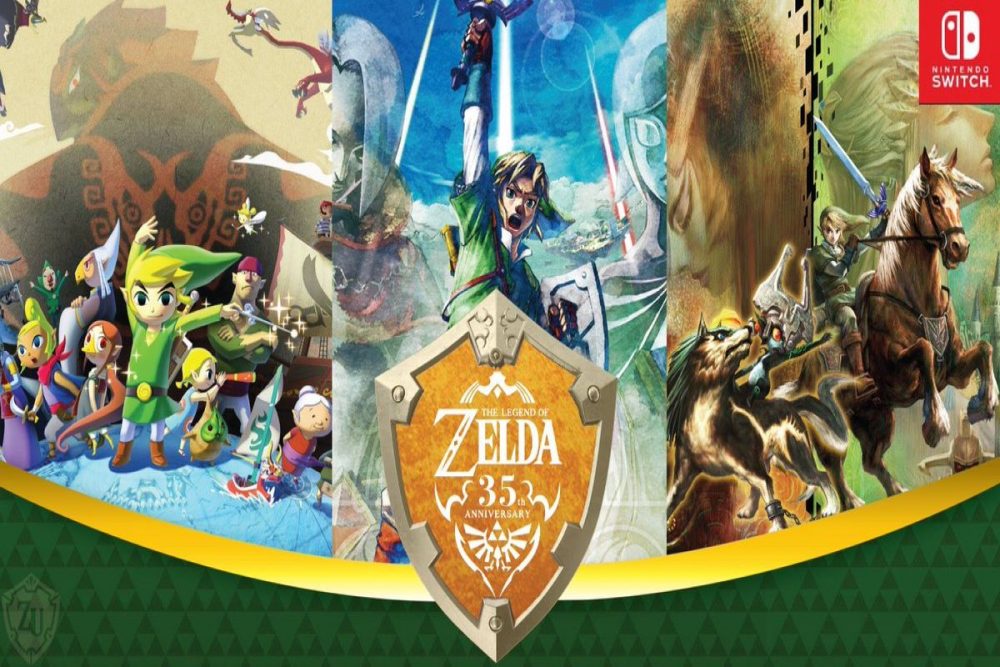 The midway point of a milestone year approaches for The Legend of Zelda. With Nintendo’s E3 Direct event in the rearview and Skyward Sword HD less than a month away, fans of the series can start to paint a picture of how this momentous occasion will be celebrated and how that celebration will be remembered. Has Nintendo’s recognition of Zelda’s 35th anniversary been extraordinary, sufficient, or disappointing?

In February, Nintendo announced Skyward Sword HD, a remaster of the infamously divisive 2011 Wii title. This rerelease will be designed for modern displays, have entirely new control options, and hopefully smooth out the original motion controls. Also announced during February’s Nintendo Direct were a pair of expansions for Hyrule Warriors: Age of Calamity that will release later this year. Now, following the E3 Direct, we’ve received a new trailer for the Breath of the Wild sequel and a vague 2022 release date, plus a nifty Game & Watch handheld containing 3 classic Zelda titles; The Legend of Zelda, Zelda II: The Adventure of Link, and the original Game Boy version of Link’s Awakening. How does this serve as a celebration for one of Nintendo’s most iconic franchises?

Frankly, it has been very disappointing for me personally. I’ll be the first to admit that Hyrule Warriors is just not my cup of tea, but I think even those who love it would agree that it doesn’t constitute a “main series” Zelda game, so a pair of DLC packs hardly constitutes much fanfare for the series. The Game & Watch handheld is pretty cool, but it’s little more than a novelty and does little to celebrate the anniversary or meaningfully preserve those titles. Finally, the Breath of the Wild sequel is slated for a 2022 release. With series producer Eiji Aonuma confirming that no un-announced Zelda titles are in production for Switch (currently Nintendo’s only supported system), it seems the only true release that will be associated with the 35th anniversary will be Skyward Sword HD, an upgraded port of a deeply polarizing game; one which was already marketed as a celebration the series’ 25th anniversary.

Producing new content costs a lot of time and money, and it’s always possible for fans like me to ask for more and more. That said, I think there were clear avenues to a worthy anniversary celebration that Nintendo has apparently opted to forego. This year also marks the 20th anniversary of the release of the underappreciated Oracle of Seasons and Oracle of Ages. Both are hidden gems in the Zelda library and a pair of remakes on Switch would certainly have brought them to a wider audience without the need for much alteration. Calls for a compendious, all-inclusive Zelda collection were a bit far-fetched, but Switch ports for aging classics like Ocarina of Time or Majora’s Mask would have sufficed.

But what do you think? Did Nintendo do their 35 year old franchise justice? What else would you have liked to see from the Zelda series this year? Let us know in the comments below!

Comments
Sorted Under: BOTW2, Daily Debate, Games, Oracle of Ages, Oracle of Seasons, Original Content, Skyward Sword
Tagged With: No tags were found for this entry.