Daily Debate: How Do You Feel About Unbreakable Weapons In Age Of Calamity? 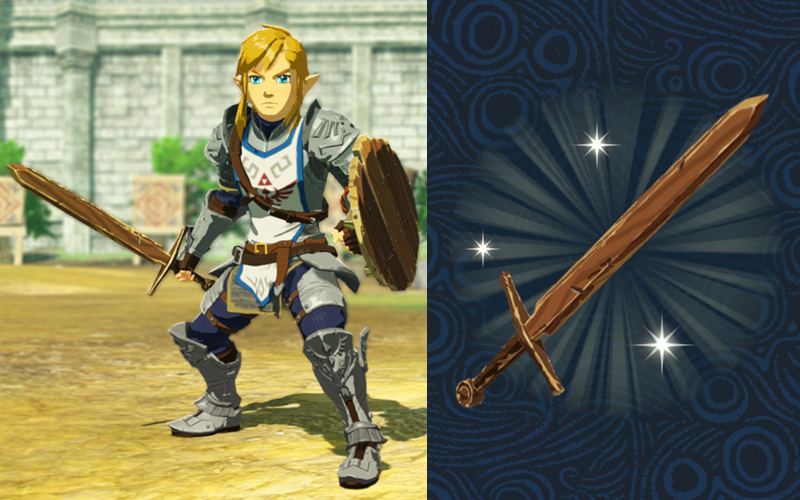 Nintendo recently confirmed that weapons in Hyrule Warriors: Age of Calamity will be unbreakable.  Already, I can hear fans across the world cheering at this fact, but I do know that there are a select few who actually enjoyed the challenge of breakable weapons in Breath of the Wild.  So, for today’s Daily Debate I want to know how you really feel about unbreakable weapons in the upcoming prequel.

From what we’ve seen in Age of Calamity livestreams, the weapons used are the same or similar to those found in Breath of the Wild.  In that game, you had to be wary of using weapons that you particularly liked, otherwise they’d break and you might not find a replacement for quite a while.  This could be frustrating for players who were attached to a certain item like the Ceremonial Trident — if you lost or broke it, it had to be reforged.  Age of Calamity turns this whole routine on it’s head, preserving your weapons and allowing you to fuse them together for an added advantage.  So, no more hunting to replace your rare, broken blades!

While negating the necessity to replace broken weapons, we might be looking over the challenge that this element of gameplay brought.  One of the enjoyable things about battle in Breath of the Wild was the fact that just about anything could happen.  You might be fighting through a camp of Bokoblins, down to your last sword, and then BAM, it breaks!  And you wonder just what you’re going to do now…  Well, you know it’s time to get creative!  Grab whatever those idiots have left lying around and get stuck in; it might not be easy but the challenge is what you came for.

Do players really want to lose out the twists and turns that battles can take through unbreakable weapons after all?  Or is the preservation of your favorite sword worth the sacrifice?  Let us know in the comments below!