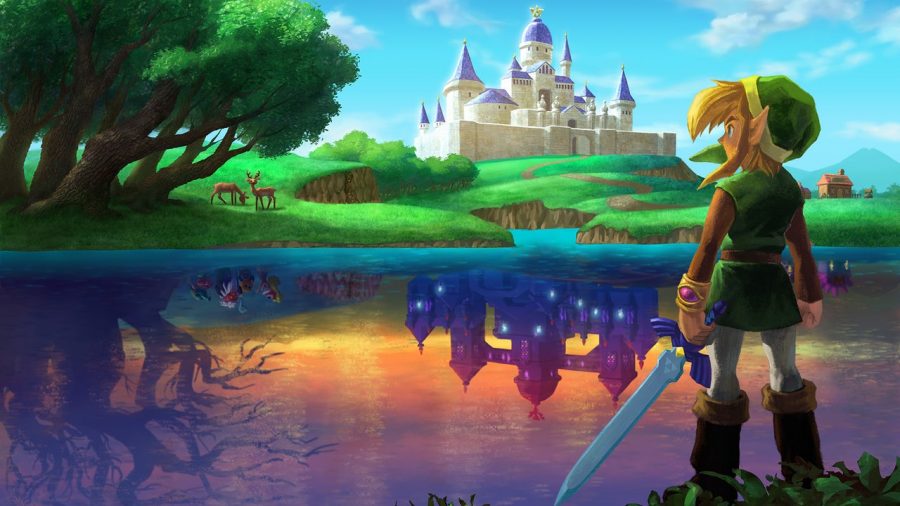 The introduction of Lorule in A Link Between Worlds spurred tons of debate within the Zelda theorizing community back in 2013 and onward. For me it was an exciting timeframe, at a point where people were signaling the end of theorizing because of Hyrule Historia, there was finally some signs that there was still life for the hobby. Some of the theories from back then were resolved, others are ongoing that I see people still adding to occasionally; one such ongoing theory focuses on Lorule’s Triforce, and whether it has the same virtues as Hyrule’s Triforce, and lately it has been on my mind.

Lorule is like a mirrored reality compared to Hyrule, with many similarities, even containing parallel world counterparts to people, but there are also differences. For example, Lorule’s Triforce is inverted, whereas Hyrule’s is upright, leading many people to think its virtues might be opposites to the virtues of Power, Wisdom, and Courage. This would mean it is actually based on flaws such as Weakness, Foolishness, and Cowardice, respectively. Other theories posit that Lorule’s Triforce could be related to the virtues that Yuga, Hilda, and Ravio personify, since they are counterparts to Ganon, Zelda, and Link. In this case, Beauty, Faith, and Resourcefulness.

I definitely find all of these theories interesting, but I’m not sure how I would pin down Lorule’s theoretical three virtues. At the very least, I do completely reject the flaws theory, because it seems odd to me that gods would base a world on those things.

So, what do you think the virtues of Lorule’s Triforce could be? If it does have different virtues, could that mean it was created by different goddesses? Sound off in the comments below!

Comments
Sorted Under: A Link Between Worlds, Daily Debate, Games, Original Content
Tagged With: No tags were found for this entry.