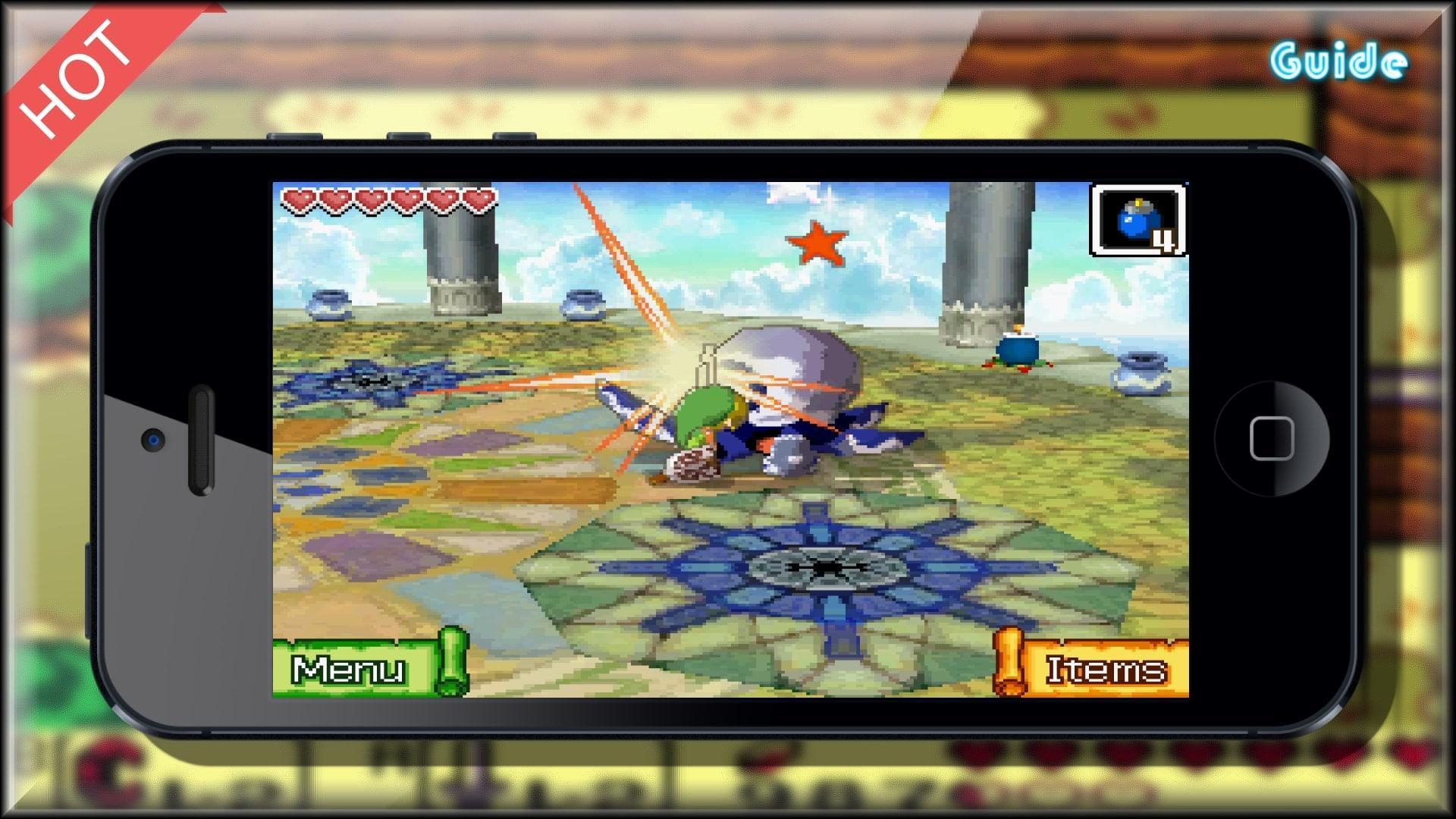 I’m not gonna lie. The Legend of Zelda: Phantom Hourglass and Spirit Tracks (which I’ll henceforth refer to as “the DS Zelda’s”) are my two least favorite Zelda games. There are a bunch of different reasons why, but the main one for me is the controls. I just don’t like the stylus movement system and holding my big 3DS XL with one hand while using the other hand to draw a path for Link to move gives me cramps.

Another drawback of the stylus controls is that it makes porting the DS Zelda’s to another platform really hard to do – which actually, I’d really like to see because I want to like these Zelda titles. But then I had a thought: maybe the perfect platform exists, and we’ve already all got it sitting in our pocket. Yes, I’m taking out cell phones!

Think about it: your phone is smaller and thus easier to hold, you could just use your finger instead of your stylus to guide Link, your average phone is more powerful than a Nintendo DS nowadays, and Nintendo hasn’t released a mobile Zelda game as of yet, instead going with franchises like Mario Kart, Animal Crossing, and Fire Emblem.

I think all the stars could align to make this work pretty well and give new life to some classic Zelda titles, but what do you think? A burst of genius or horrible idea? Let us know in the comments below!

Comments
Sorted Under: Daily Debate, Original Content, Phantom Hourglass, Spirit Tracks
Tagged With: No tags were found for this entry.