Daily Debate: Did the New Teaser Trailer Hint at Real Dungeons in Breath of the Wild 2? 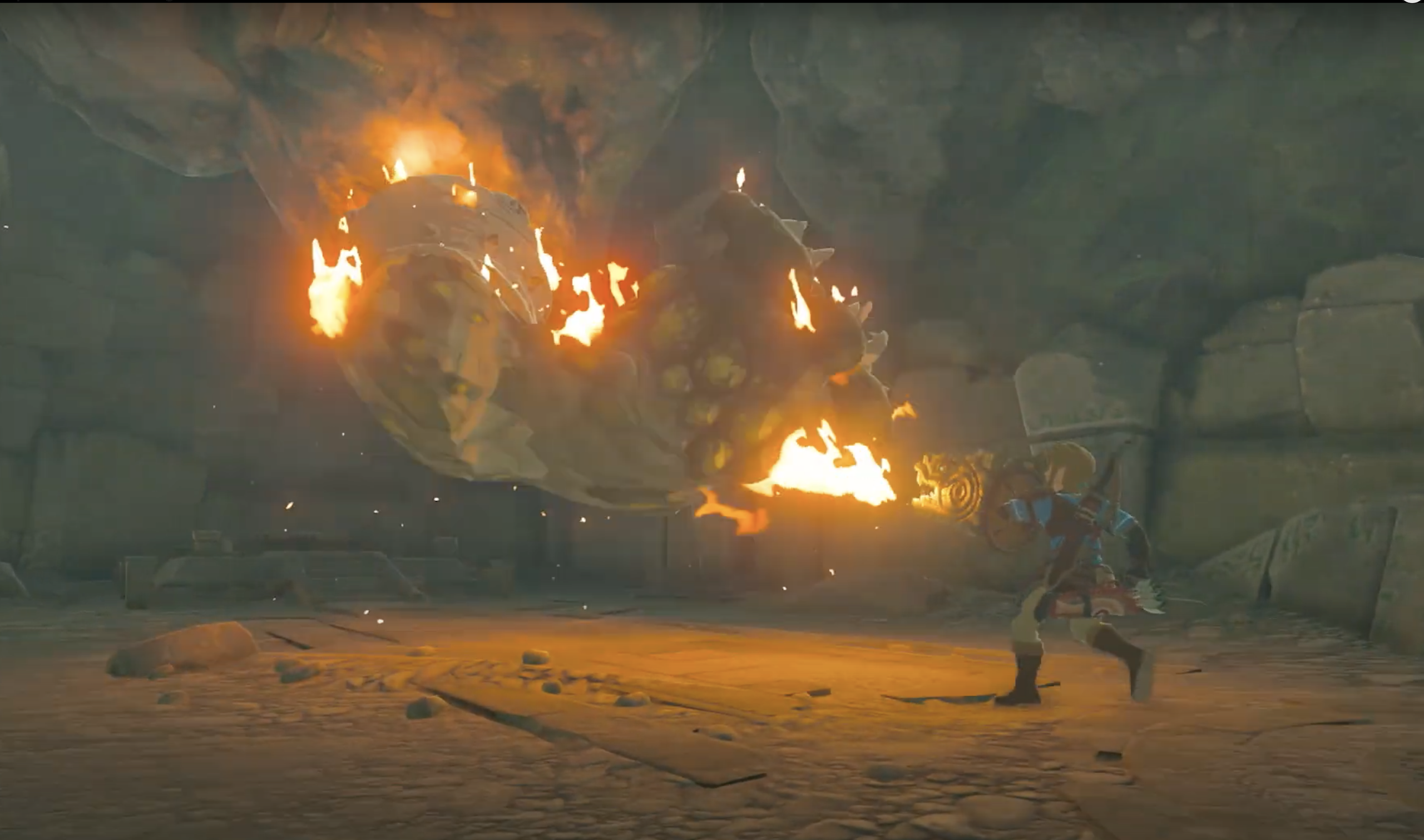 If you spent the morning of Nintendo’s E3 presentation screaming your head off at the teaser reveal for The Legend of Zelda: Breath of the Wild sequel, and then proceeded to watch said clip over and over again, sometimes in slow-mo and sometimes to pause and take in the scene, all so you could analyze literally every square inch of that full minute of footage–then we have have something in common.

I have so many questions.

Why is Link’s un-ponytailed hair suddenly putting the “wild” in Breath of the Wild?  Why did Zelda fall into a bottomless abyss when we just saved her? What’s up with that trippy arm? Was that Skyloft? Did Link phase through a cliff? And why can’t poor Hyrule Castle catch a break?

I would really love to know.

But what really caught my attention was not only the really intricate locations in the sky, but the strange flame-throwing weapon Link fights some sort of giant monster with in one scene.

That weapon didn’t look like anything you would find in the barren fields of post-calamity Hyrule.

So unless I’m mistaken, I am just assuming that the item is a treasure found in a dungeon. As in a real dungeon, not a divine beast.

My one misgiving I had with Breath of the Wild was the lack of true-to-Zelda dungeons (and the hook shot, but that’s a whole other soapbox). I know classic dungeons wouldn’t have worked in such an open world game, but I still missed them a lot. But my hope is that they will make a welcomed return in the sequel, along with their unique themes, treasure, and riveting boss battles.

There’s just something special about the classic Zelda formula that I would love to see again.

Regardless though, I am still analyzing all the clues and puzzle pieces in this trailer we have all waited two years for and I’m trying to make sense of it all until 2022, when all of our questions will be answered.

Until then, what are your thoughts on the new trailer? Do you think we will have real dungeons in the sequel? What other clues can you find? Let me know in the comments!

Comments
Sorted Under: BOTW2, Breath of the Wild, Daily Debate, Original Content
Tagged With: No tags were found for this entry.