Daily Debate: Could Ganondorf Use the Anti-Aging Rune to Restore Himself in Breath of the Wild 2? 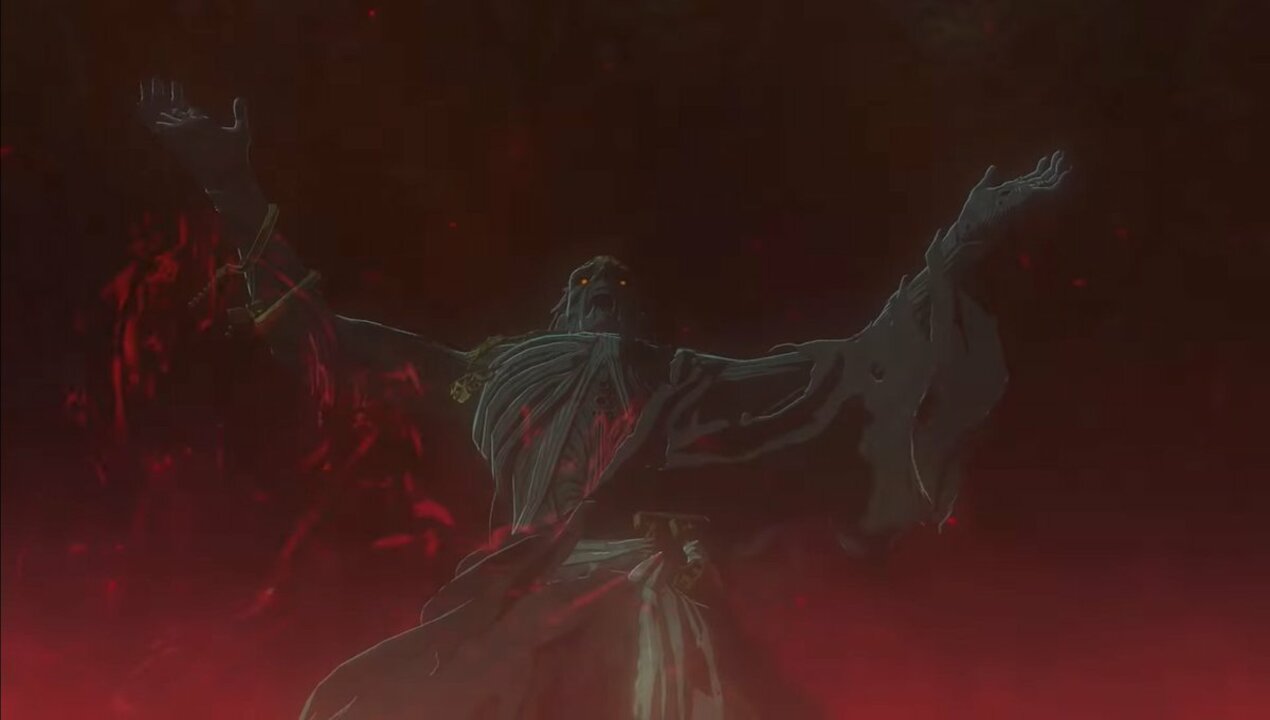 I was originally going to write a Daily Debate about Purah, Robbie, and Impa using a perfected Anti-Aging Rune to restore their youth in the sequel to Breath of the Wild. After all, it would only make sense after showing their younger selves in Age of Calamity, and having fans fall in love with them. Though, a thought occurred: what if that Rune could be used to restore Ganondorf as well?

We know from the initial trailer for Breath of the Wild 2 that Ganondorf is in a mummified state. He appears to be reawakened by Link and Zelda, which leads to Zelda falling into an abyss of darkness as seen in the second trailer. Ganondorf will most likely draw on Zelda’s power to restore his strength, a logical plotline that easily makes for engaging stakes in the story. However, going for Purah’s Anti-Aging Rune would be something new and unexpected.

There’s a lot that could be done with the Anti-Aging Rune as such a significant plot device. I like to imagine a high stakes, adrenaline pumped race against Ganondorf or his minions to Purah’s lab akin to the King Bulblin or wagon chase in Twilight Princess. Imagine the devastation left in Ganondorf’s wake as he or his minions storm through Hateno Village up to the lab to steal Purah’s Sheikah Slate and use the Rune. The matter of how Ganondorf or his minions would know of this Rune’s existence is somewhat of an issue, although it could be resolved through a Yiga spy or someone of the like discovering Purah’s youth and eavesdropping on the lab — perhaps Purah’s assistant Symin could be a spy, making for quite an interesting plot point.

Do you think Ganondorf could use the Anti-Aging Rune to restore himself? Is this something you’d like to see? Let us know in the comments below!