Daily Debate: Could Blins Evolve to Become a Civilized Race? 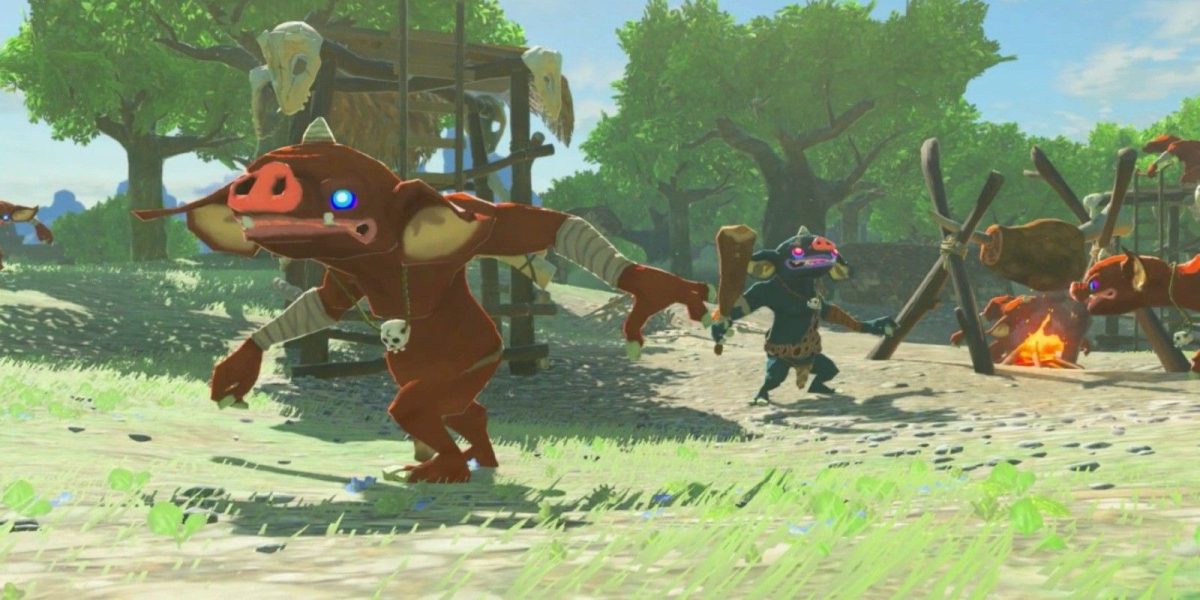 Blins are a recurring enemy in The Legend of Zelda and have appeared in almost every installment within the series.  I would usually have described them as a standard, mindless foe, however Breath of the Wild changed that in one fell swoop.

We see Moblins and Bokoblins up close and in their own communities in Breath of the Wild.  Sometimes they’re gathered around a campfire, obviously communicating with one another.  They might often be bickering amongst themselves, but at the very least they are guarding their own territory.  Something about this makes Blins feel more evolved than any other enemy we’ve seen.  It’s clear, in my opinion, that these guys have their own way of thinking, and aren’t just some sort of wild animal or possessed skeletons.  They might be following evil orders, but that fact coupled with their communicative behaviour leads me to believe we could see Blins evolve as the series progresses.  All it would take is one Blin to think differently to the rest, to choose a less barbaric path.  From there, factions might arise and different political inclinations could influence the gathering of knowledge and learning.  Eventually, Blins could become a coherent race of their own, with a place in society just like the Zora and Gorons.

Supporting evidence that there is at least some societal integrity is shown in Twilight Princess, where King Bulblin is the obvious leader amongst the Bulblins.  He stipulates that he follows the strongest side after being bested by Link in battle yet again, as it’s all he’s ever known.  This is a primitive showcase of how the Bulblins can adapt to a new influence, even if it is barbaric.  Then there is Moe the Moblin in The Wind Waker, who can actually read and write, if you trust the letter that he supposedly sends in that game.  If academia doesn’t prove that Blins have the capacity to become a civilized race, then I don’t know what does!

Do you think Blins could evolve into a civilized race?  Let us know in the comments below!

Comments
Sorted Under: Breath of the Wild, Daily Debate, Games, Original Content, The Wind Waker
Tagged With: No tags were found for this entry.