Daily Debate: Can the Master Sword Still Be Considered Morally Good in Breath of the Wild? 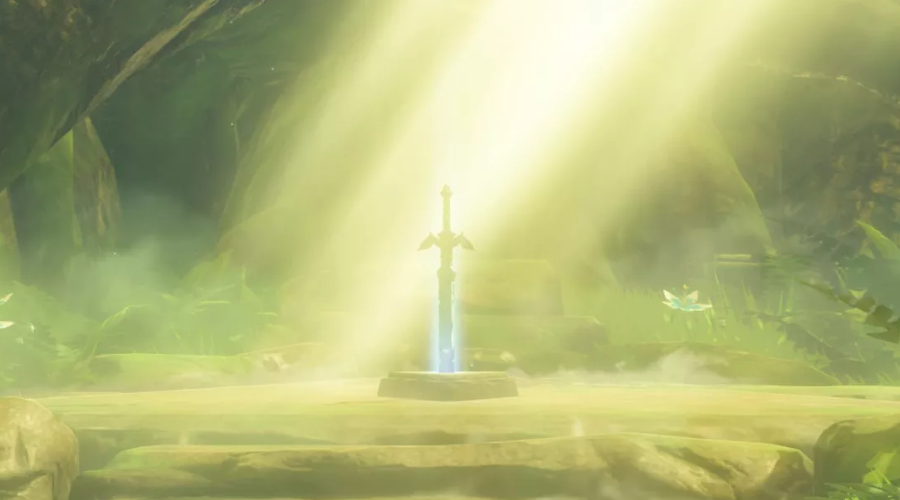 Hidden deep in the Lost Woods of the Woodland region lies the legendary Master Sword — the Blade of Evil’s Bane. Approaching it, the Great Deku Tree explains to us that, if a person who is deemed weak attempts to draw the sword, they will slowly lose their life. If we try to draw the sword with fewer than 13 hearts, excluding our first attempt, the sword will indeed drain our hearts to zero, resulting in death.

This doesn’t exactly sound like the Master Sword we know from previous games? It’s understandable that certain trials have to be completed in order to deem the carrier’s worthiness, but, previously, these have been actual trials, such as the Silent Realms of Skyward Sword, and awakening the new Sages in Wind Waker. These trials are dangerous, sure, but this iteration of the sword in Breath of the Wild will straight up kill Link if he isn’t worthy.

Of course, this could be seen as a simple game mechanic, encouraging the player to experience more Shrines in order to possess greater power, but it could also suggest the sword is losing its ability to distinguish between good and evil. After all, we know it’s been over 10,000 years since the last known encounter with Ganon; perhaps the sword’s power is beginning to fade? It could also have suffered damage in the initial encounter with Calamity Ganon.

What do you think? Is the Master Sword truly able to distinguish between good and evil? Can it still be considered “morally good?” Or, perhaps time is taking its toll on the blade. Let us know your thoughts in the comments below!

This Daily Debate was inspired by Discord User Definitely Not Bowsette#9833 on our Daily Debate Channel. If you want to suggest an idea of your own for a Daily Debate, join our Discord Server and we could feature your ideas in the future!