Daily Debate: Are You Playing Multiplayer in Hyrule Warriors: Age of Calamity?

Posted on December 06 2020 by Sadko Margolin 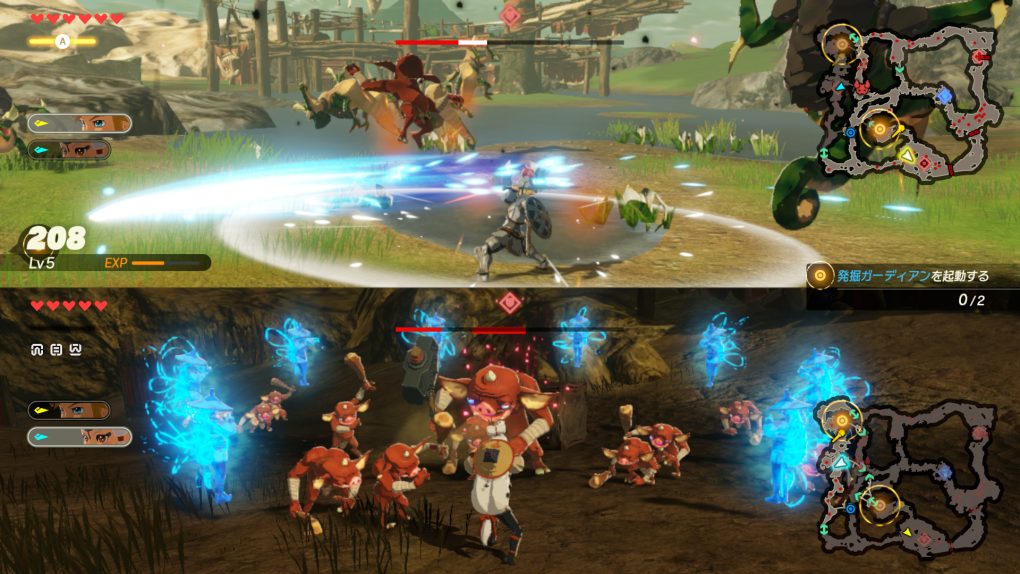 Ever since I was a small child, I always looked up to my big brother. I can’t remember a video game he could not either beat or just plain kick butt at. Being the younger sibling, I of course wanted to play with him, so of course, our mother would make him get multiplayer games so I could play too.

I remember playing Sonic The Hedgehog 2 for Sega and feeling I had the biggest role in the game. As Tails, I could get things he couldn’t, or had missed, and I could die so he didn’t have to. Multiplayer sure has come a long way since then. Nowadays, I try to find multiplayer games for my wife and I to enjoy together. This is a difficult task as we have different interests in games and the days of couch co-op are all but an old save file now. Thankfully, Nintendo created The Legend of Zelda just a few years after we were born. Of course, it was a few decades later that we met and fell in nerdy love. However, Nintendo used the “Song of Time” to bring us a great multiplayer experience for The Legend of Zelda that we can both enjoy. This is where Hyrule Warriors: Age of Calamity comes in.

Hyrule Warriors: Age of Calamity is an amazing prequel to Breath of The Wild. In it, the player experiences what occurred 100 years prior to the original game. Together, my wife and I are exploring Hyrule pre-Ganon. This is truly an awe inspiring game with amazing fights and a great story. At this point of writing, we have made it about half of the way through now and are truly loving how we can easily run over to assist each other in taking on a beastly Lynel or a mischievous Wizzrobe. The game really allows for you to get involved in a multiplayer aspect as you fight your way through ‘ancient’ Hyrule. We love starting a new level and taking a quick glance at the map so we can make up a battle plan for the mission. Usually we divide and conquer. Depending on locked gates or mission requirements, we may opt to fight through the hordes of beasties together. It truly gives each of us a chance to shine and annihilate the forces of Calamity.

However, The Legend of Zelda has rarely been a multiplayer game. To name a few, there has been the enjoyable Four Swords Adventures and of course the previous Musou game, Hyrule Warriors. These were both really great games and I had the great fortune of playing the latter for the first time with my wife as well. For my wife and I, having a really fun multiplayer game is great, having one that is based on a series we both absolutely love? That’s priceless. Some gamers have different thoughts though. Some may feel that focusing so much on the multiplayer aspect may pull from the plot or even the core gameplay value.

What do you think of Hyrule Warriors‘ multiplayer? Do you think there should be more multiplayer in the Zelda series? Maybe less? Leave us your thoughts and opinions in the comments below.