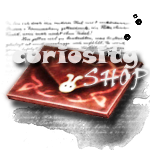 Hey hey hey you guys! Got Curiosity Shop #11 for you! Haha, sorry if you were expecting the question count to be bigger again. It’s only 11 this time. To be honest, I’m not entirely sure I’ll ever be able to pass 12. Maybe if I have a lot of tiny questions sometime!

Here are the questions and their timestamps:

Don’t forget to send your questions to [email protected] for next week’s mailbag!

So, what about you guys? What’s your guys’ input? What are your favorite or least favorite bosses in the series? Do you agree with me, do you feel exactly the opposite or do you have a different opinion entirely? And are you excited about E3 like I am?! Tell me in the comments!