Could We See a Release Date for Zelda Wii U Soon? 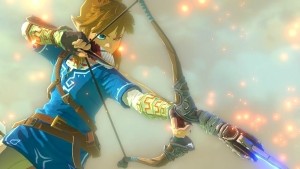 According to some speculation from the folks over on Master Herald we might be getting the release date to Zelda Wii U very soon. In their recent article they mention that due to the upcoming release of Triforce Heroes, Nintendo can begin focusing solely on Zelda Wii U and with the previous promise that the game will in fact be released on the Wii U and not a new console, then we should see a release date from Nintendo in the near future. The article also touches upon the ways the game might be seen negatively from fans. In that the mix of hype and constant delays might let fans down or only prepare them for disappointment when the game is eventually released.

Jump inside to check it out for yourself.

“Nintendo announced the action-adventure video game ‘The Legend of Zelda‘ on Wii U as early as June last year during the Electronic Entertainment Expo (E3) 2014. Back then, the consensus among gamers was that the Japanese gaming company would roll out the game this year. Unfortunately, more than one year, after the game was officially announced, ‘The Legend of Zelda‘ on Wii U has yet to be released and it is unlikely to happen within the year too,

Nintendo may have a valid reason in delaying the release of “The Legend of Zelda” on Wii U. But when it pushed back the release of the highly-anticipated game to an undetermined date, the Japanese gaming company did not only take the anxiety of the fans to near-anger levels, it has actually put pressure on itself.

There is also a risk involved in the further delay of the game as the excitement may have thin out already by the time “The Legend of Zelda” on Wii U is released, it may eventually end up being a failure.”

It is quite a bit of speculation on their part but it makes sense. There is a limited amount of time left in the life of the Wii U and after Triforce Heroes is released then we should not see anything else taking up the spotlight. Plus 2017 does seem like it will be way too late in the life of the console to even bother.