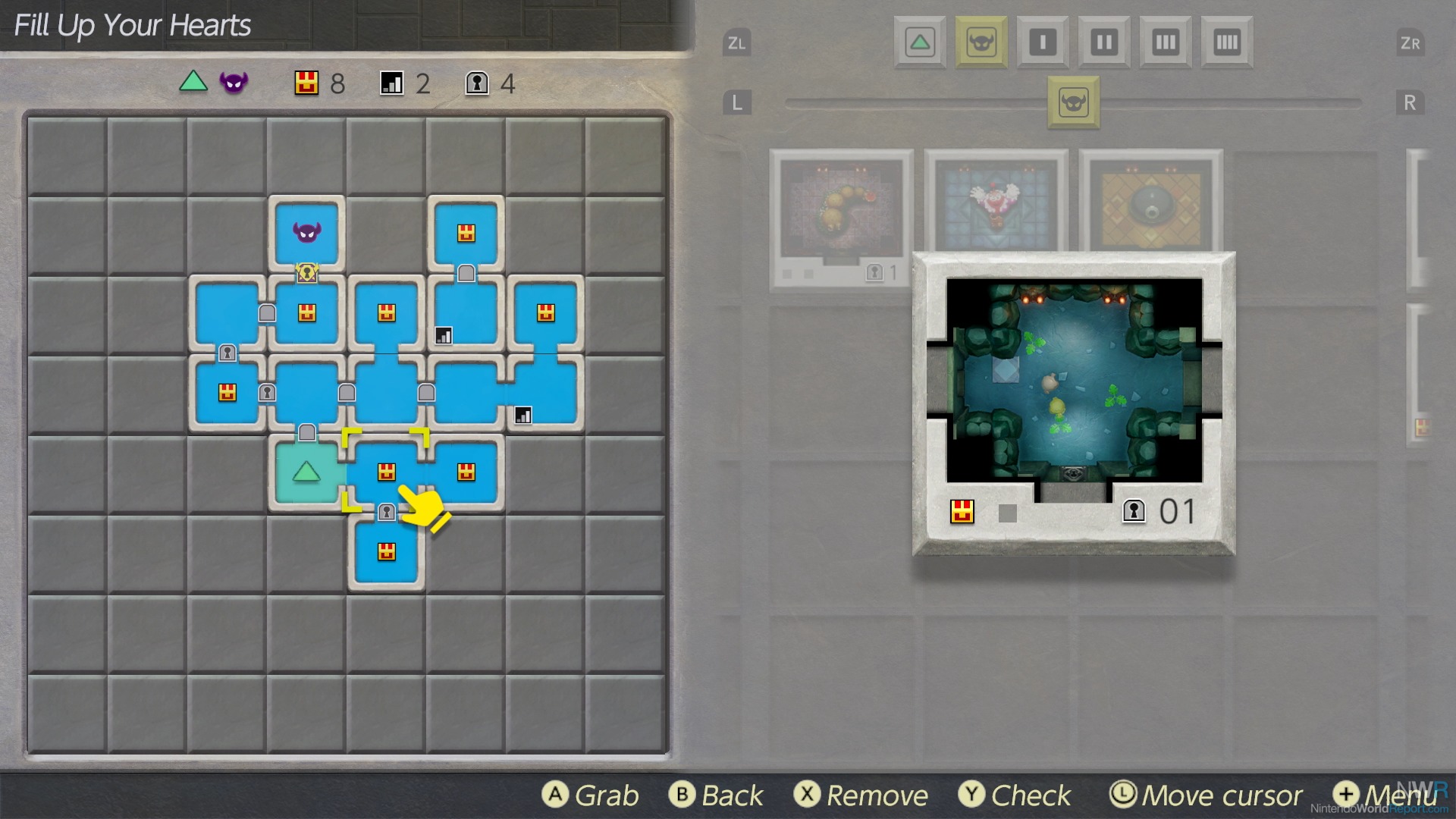 In Tal Tal Heights, Dampe resides in a shack offering the challenge of the Chamber Dungeon. The idea is to make your own dungeon using cleared rooms from other dungeons in the game. You can mix up dungeon rooms, play through the dungeons you created to set a completion time and also gather your friends to challenge them with beating your best time.

Additionally, the Link’s Awakening amiibo works with the Chamber Dungeon, adding a “Plus Effect”. These effects are layered onto the chambers creating new gameplay variants. One mentioned was Shadow Link, who chases Link through several rooms of the Chamber Dungeon; managing to defeat him rewards players with a lot of Rupees.More info on other Plus Effects will be shown in the future, so be sure to stay tuned to Zelda Dungeon for more information.

Does the Chamber Dungeon seem like an interesting new addition to Link’s Awakening? Do you see yourself spending a lot of time messing around with the closest thing to Mario Maker that we have for Zelda currently? Sound off in the comments!