Cave Story 3D – A Taste of What Could Be in Terms of 3DS Classic Remakes?

Posted on May 05 2011 by Nathanial Rumphol-Janc

Cave Story. For those of you who aren’t familiar with it, it’s a classic side-scrolling shooter built by Daisuke Amaya (a.k.a. Pixel) at home during his spare time. Pixel cites games such as Metroid and Castlevania as inspirations for his style, and while his game’s not quite as non-linear, you can definitely see something of a resemblance. For a long time, it existed as a freeware game running its course online, but a strong fan following garnered attention for a WiiWare (and later DSiWare) release. Apparently these paid downloads were successful enough that Pixel’s publishing partner, Nicalis, decided to give the game a full-blown makeover and a traditional retail release on the 3DS.

Every hopeful game-maker’s dream, right? Well, recently a bunch of screens popped up for the 3DS edition to show what exactly the 3D makeover will mean, and seeing the difference prompted me to pose an interesting question: is this kind of re-treatment something that could work well for other “classic-style” titles like Super Mario Bros., Kid Icarus, or the rumored Miyamoto remake of A Link to the Past?

First of all, you have to understand that part of what I mean when I say Cave Story is done in a “classic style” is that it has classic graphics – characters are made up of only a handful of pixels, and there’s not a ton of detail to them. The 3DS remake, on the other hand, consists of full 3D models and environments – still side-scrolling, of course, but everything has depth to it, kind of like the WiiWare game LostWinds. Here, take a look and see what I mean:

even the WiiWare version got some graphical updates, which while comparatively minor were also controversial in their day:

As for me? I’m not really sure! – and by that I don’t mean that I simply don’t have an opinion, but that I’m genuinely in crisis about whether I think it’s a positive direction. I definitely sympathize with the fan outcries, since I think a lot of the charm of the original just doesn’t translate over to the new version, but at the same time there are a lot of things in the new version that I’m loving as well.

I thought about it for a long while, and I finally came to the idea that perhaps it’s a good thing – those who love classic Cave Story can still get it via freeware, WiiWare and DSiWare (the last of which you can even transfer over to your 3DS come this month’s major system update), while those who might not really dig the retro vibes can try out the 3DS retail edition. That way, everybody’s happy – right? (If I disappear in the next few days, I’ve probably been chopped up and eaten by the Cave Story fanclub for suggesting such a heinous proposition.)

This leads me to my real question: what do you guys think of this kind of update? It’s somewhat parallel to what we’re seeing happen with Ocarina of Time 3D in terms of graphical enhancement, but could it work for other classics as well? How about A Link to the Past, which Miyamoto has already expressed interest in recreating in 3D? Note that I’m not necessarily talking a 3D graphics overhaul – just some updated visuals so these remade classics are more than just the original sprites popping out of the screen. 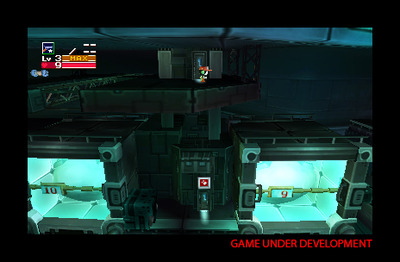