Cave of Trials: Kass Takes on Mr. Song of Storms Himself, Guru-Guru in Musical Bout! + The ZeldaMania Match Ups Are Finally Revealed! 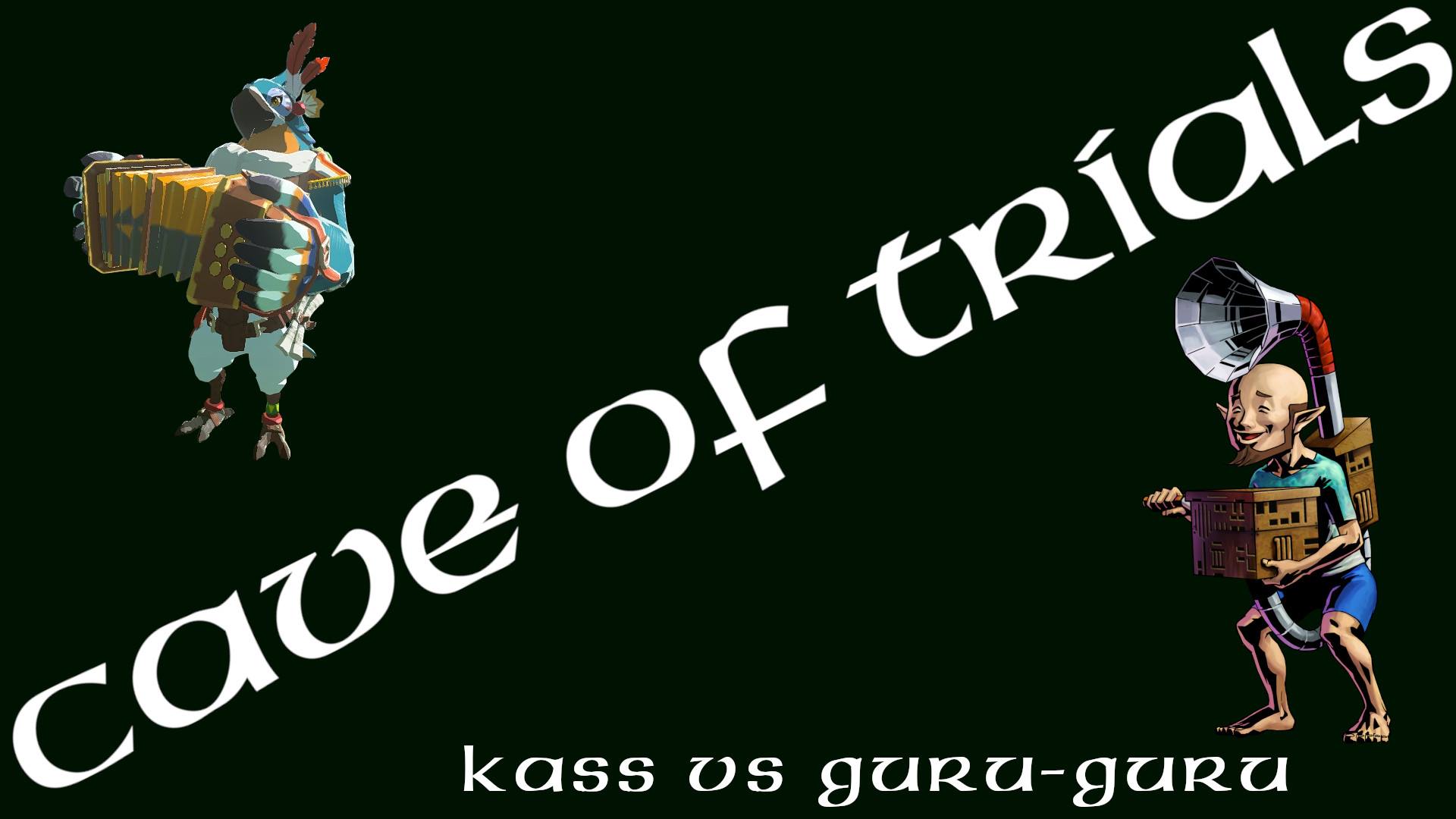 Ladies and gentleman, my name is Kristen. Rosario. And I am your host for the CAVE OF TRIALS! Now before we talk a little about what’s to come for this week (as well as next week), let’s get into the winner of last week’s bout. Let’s start off by announcing that unfortunately, Demise was not able to vanquish the undisputed one known as Midna. So this, of course, means that STILL your NEW ERA Cave of Trials Champion, Midna! Her reign moves forward.

Now before we get into what’s to come in our MEGA event next week, I decided to give Midna a break this week. With ZeldaMania right around the corner, I thought it would be smart to let her rest up for what is sure to be one of her biggest fights yet. With that being said, I still wanted to give you folks some form of competition this week, so why not another Musical Battle?

That is why this week, the winner of the last Musical Battle, Kass, will be taking on another musical prodigy (of sorts) in the form of Guru-Guru. The Phonograph-playing man responsible for teaching/being taught by Link the Song of Storms should have some musical talents up his sleeves.

Who wins this Musical Battle?!

It is now time folks for me to wonderfully announce the official match lineup for the 2nd ZeldaMania event! These matches are sure to amaze and captivate, if not, astound!

In our second match, mighty mountain dwellers are sure to rock the arena when they square off! The Hyrule Champion faces off against the Sage of Fire as DARUK takes on DARUNIA!

The third match is a battle of crossover-sized proportions that’s been done before elsewhere but is a first around here. Two, strong female warriors have come to ZeldaMania to prove who is the more dominate combatant from their respective series. The intergalactic bounty hunter SAMUS ARAN will duke it out against the wielder of the Triforce of Wisdom, PRINCESS ZELDA!

Our fourth match is one of EPIC HERO PROPORTIONS! I decided that we didn’t need one Link to make ZeldaMania amazing, we needed them all! Announcing the first ever LINK GRAND SCALE BATTLE ROYALE! All Link’s big and small will do battle in order to determine who is the best Link!

The fifth match is a tag team match that is a clash of unique styles. The yin & yang of the Guardian of Time will fight two women who come from mighty warrior races and know a thing or two about vanquishing their foes with ease. LANA & CIA will clash against URBOSA & IMPA!

And in our main event for ZeldaMania is a rematch from last year’s big event. I have scoured the globe for who will be the newest contender for the NEW ERA Championship when I should have been looking at the past. Somebody who actually gave Midna a run for her money a while back. With that being said, our main event will be MIDNA defending her Championship against MIPHA!

That’s it for this week! Who will win? Who will prevail? Will Kass remain dominant on top of the Musical Tower? Tune in next week to find out and make sure to get ready for ZeldaMania!