Howdy, all you Zelda fans! Are you prepared for another exciting edition of the ZD Caption Contest? With the summer months slowly coming to an end and autumn just around the corner, one of my favorite seasonal delights is finally back in supermarkets: pumpkin spice coffee creamer. I have been an advocate for pumpkin spice all year around, but unfortunately, for now, I’ll simply have to enjoy as much of its flavored sweetness as I can over the next few months. And, in honor of pumpkin spice’s return, our hero Link is stocking up on the pumpkins in this week’s Caption Contest.

Link nearly sunk below the surface in last week’s contest.

Link is definitely shouting something in this photo. 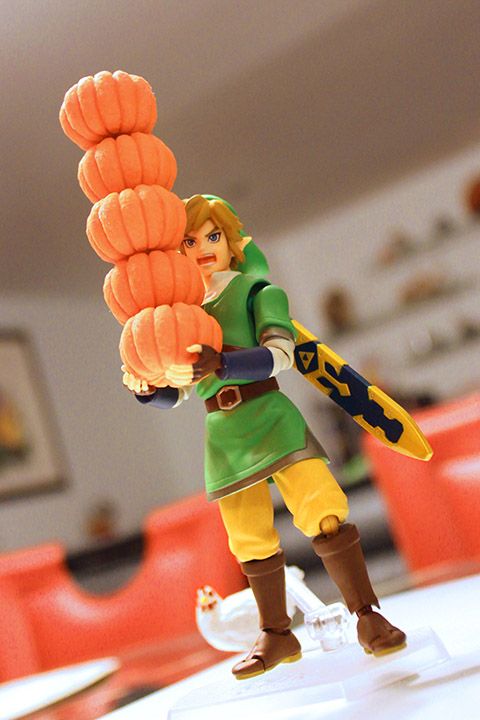 Comments
Sorted Under: Breath of the Wild, Caption Contest, Games, Original Content
Tagged With: No tags were found for this entry.