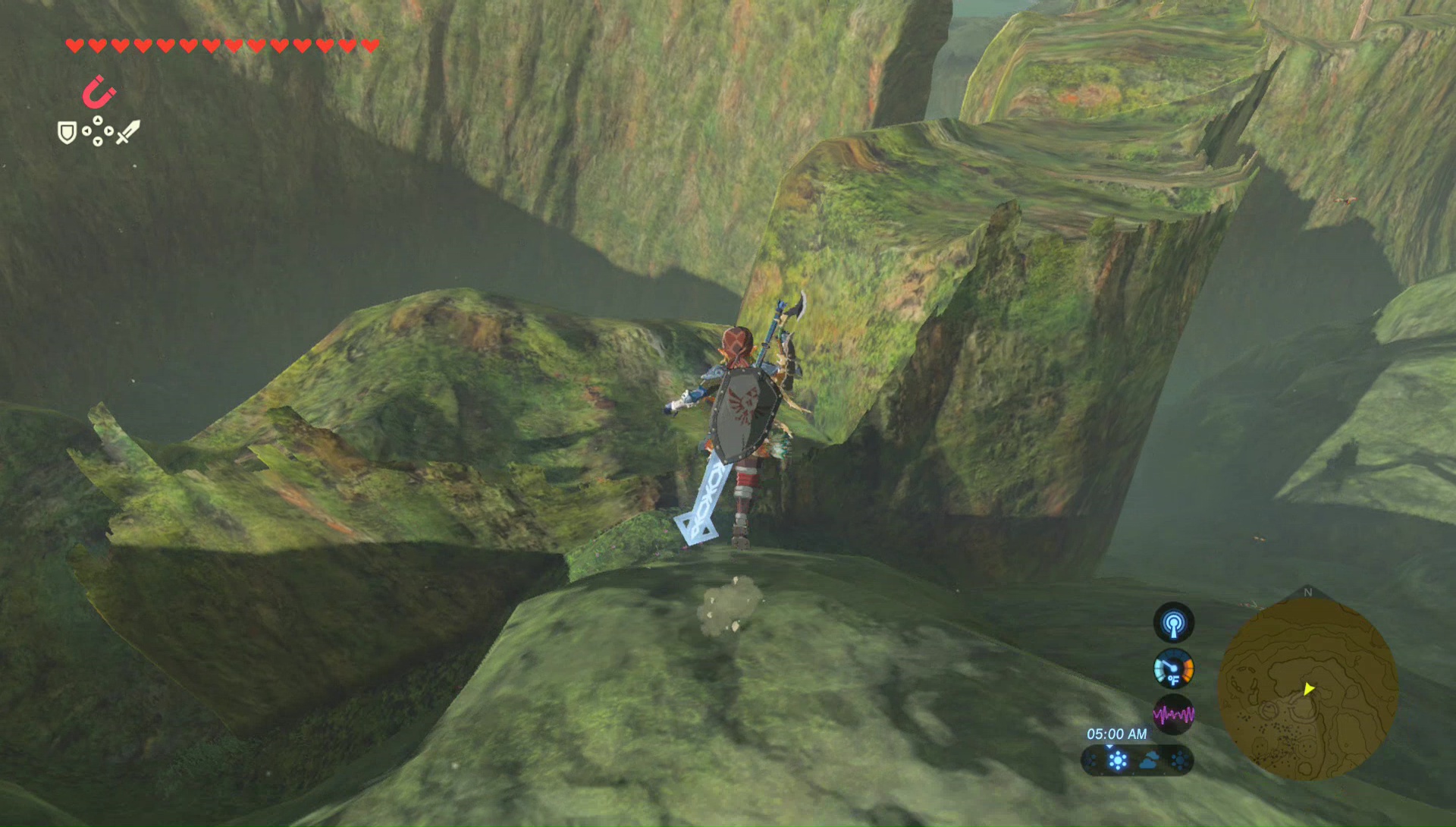 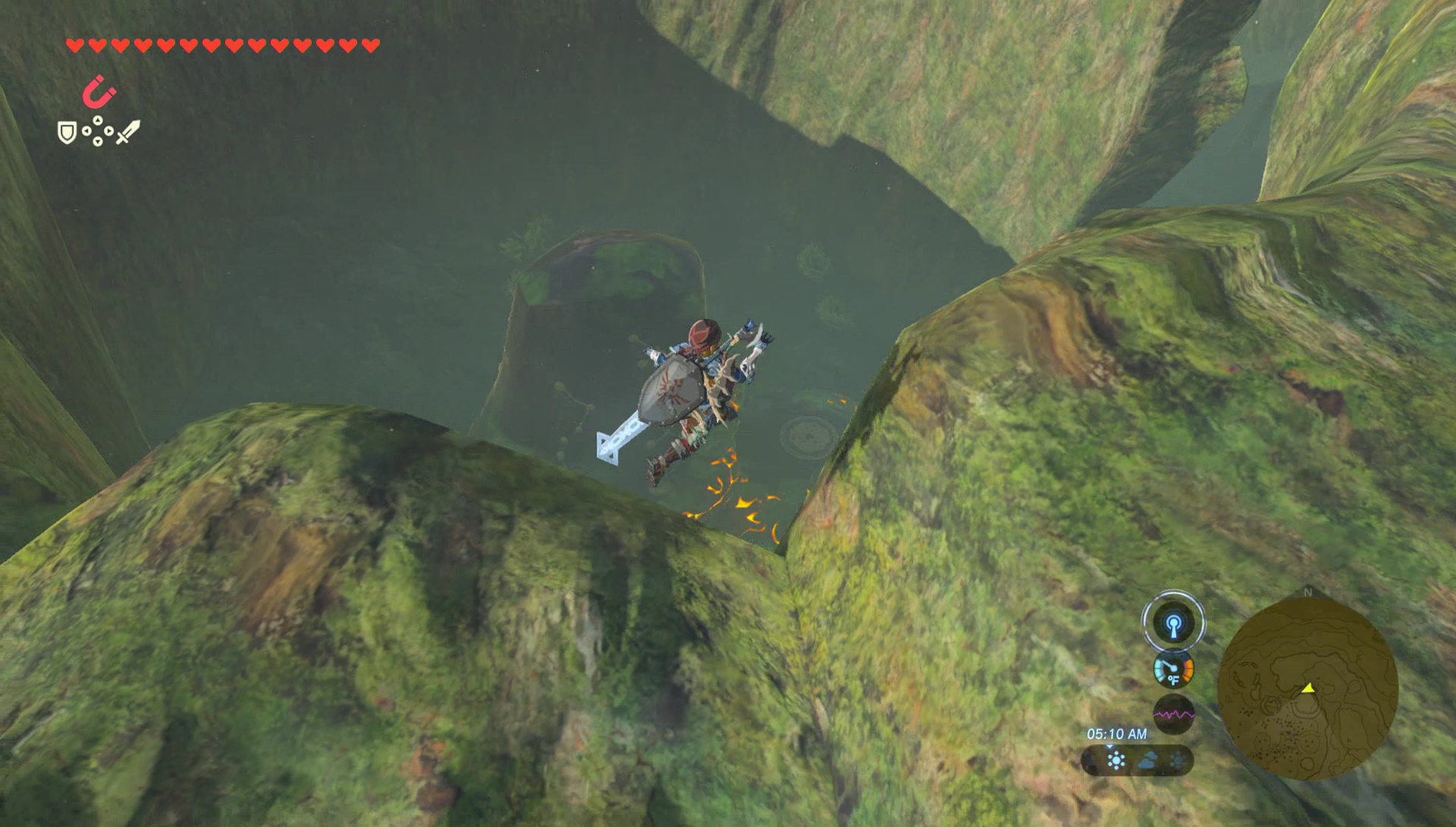 The modest test of strength pits you up against a Guardian Scout III. During the first phase try to perform a perfect dodge, followed by a Flurry Attack. This will allow you to deal significant damage. When the Guardian Scout jumps back to perform a spin attack, hide behind one of the boulders and he will crash right into it, stunning him in the process. 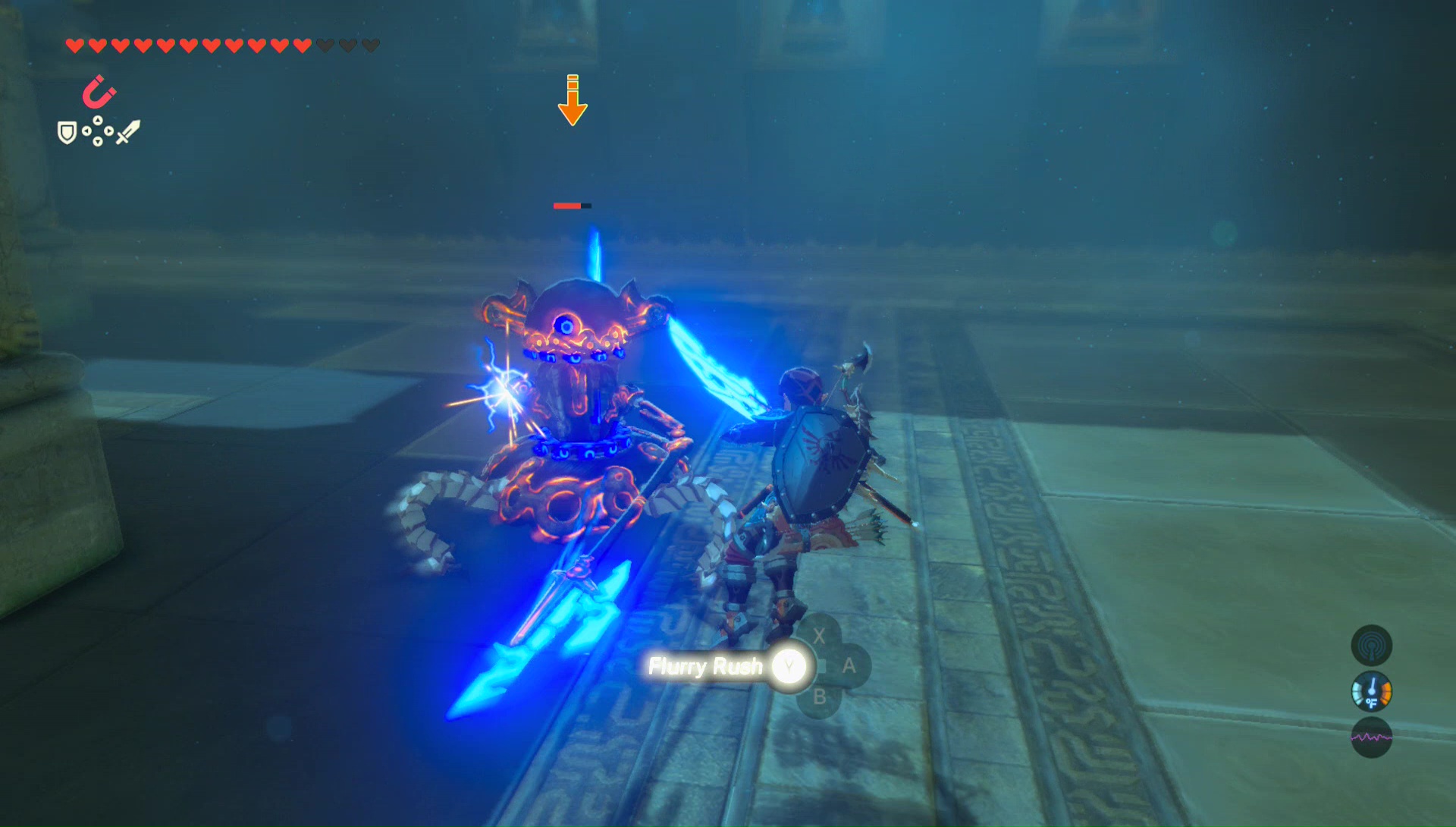 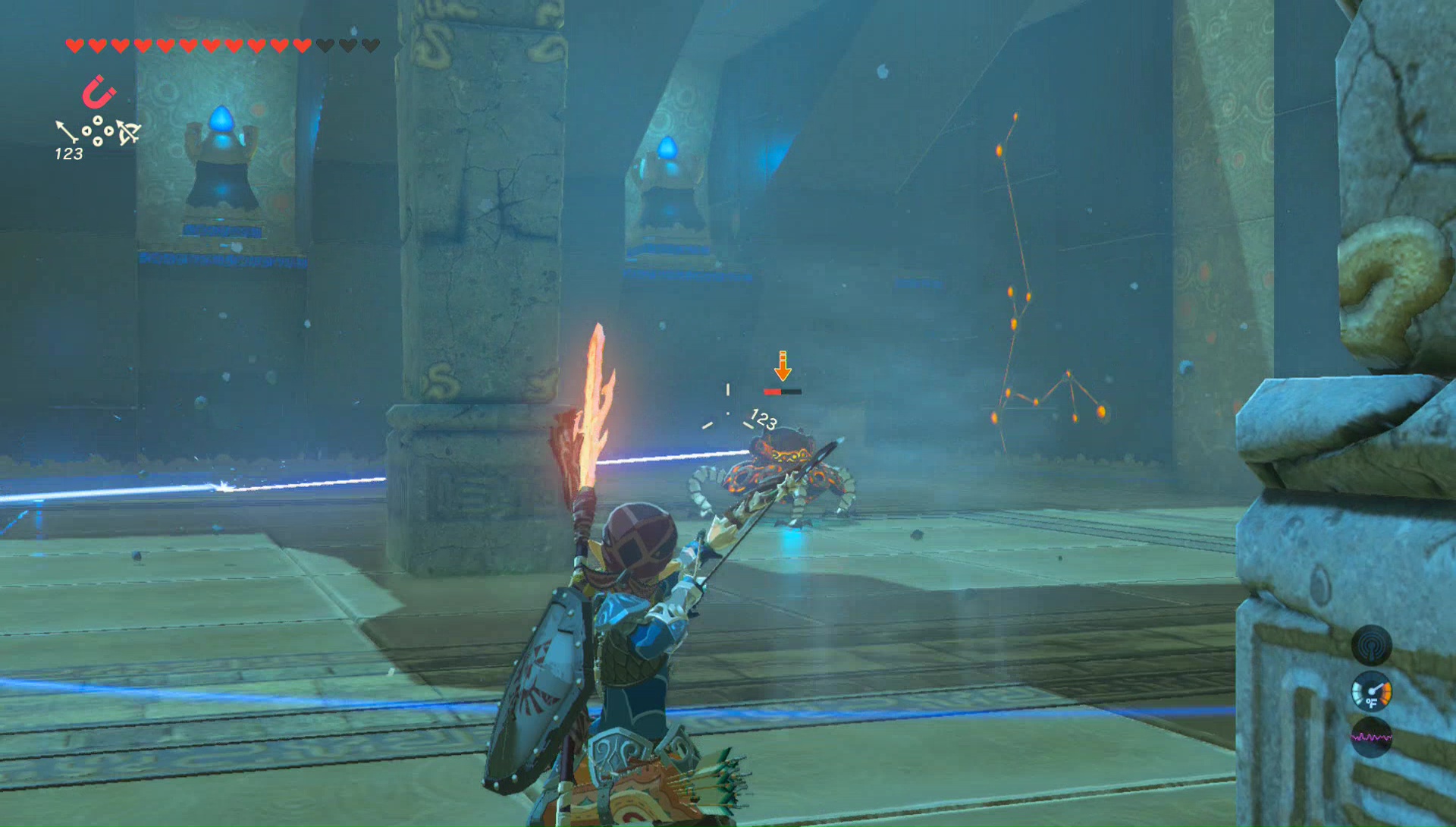 During the later phases, the Guardian Scout will start shooting a circular laser attack. Shoot its eye with an arrow and if you need, paraglide over using the updraft to get a close up shot. When the Guardian Scout is really low on health, he will charge up and shoot four consecutive laser shots. Right after he shoots the fourth shot, run up and deliver a number of sword slashes.

Once the scout has been defeated, opening the treasure chest to get a Frostspear. Speak with the monk, Namika Ozz, and he will reward you with a Spirit Orb.