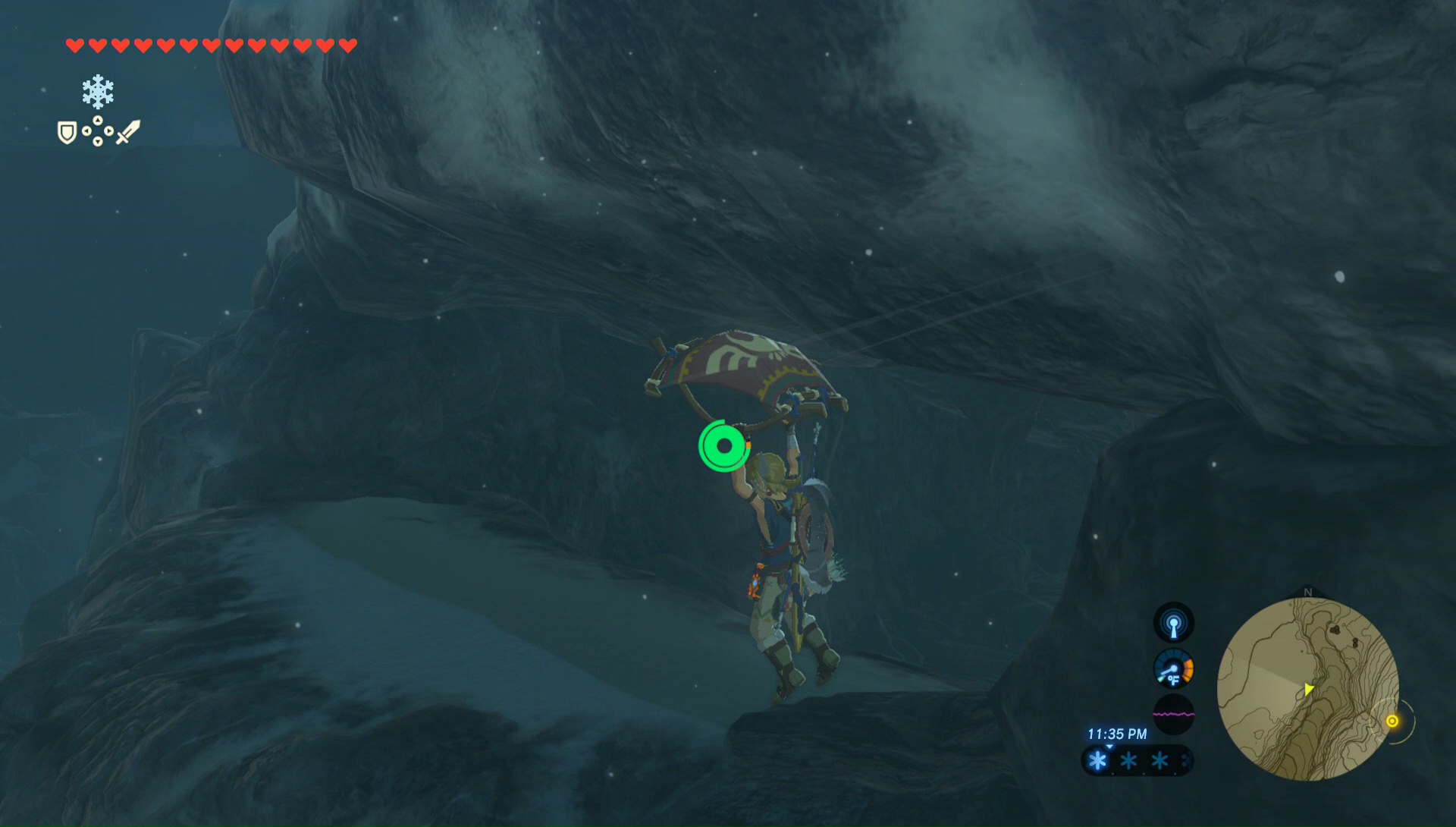 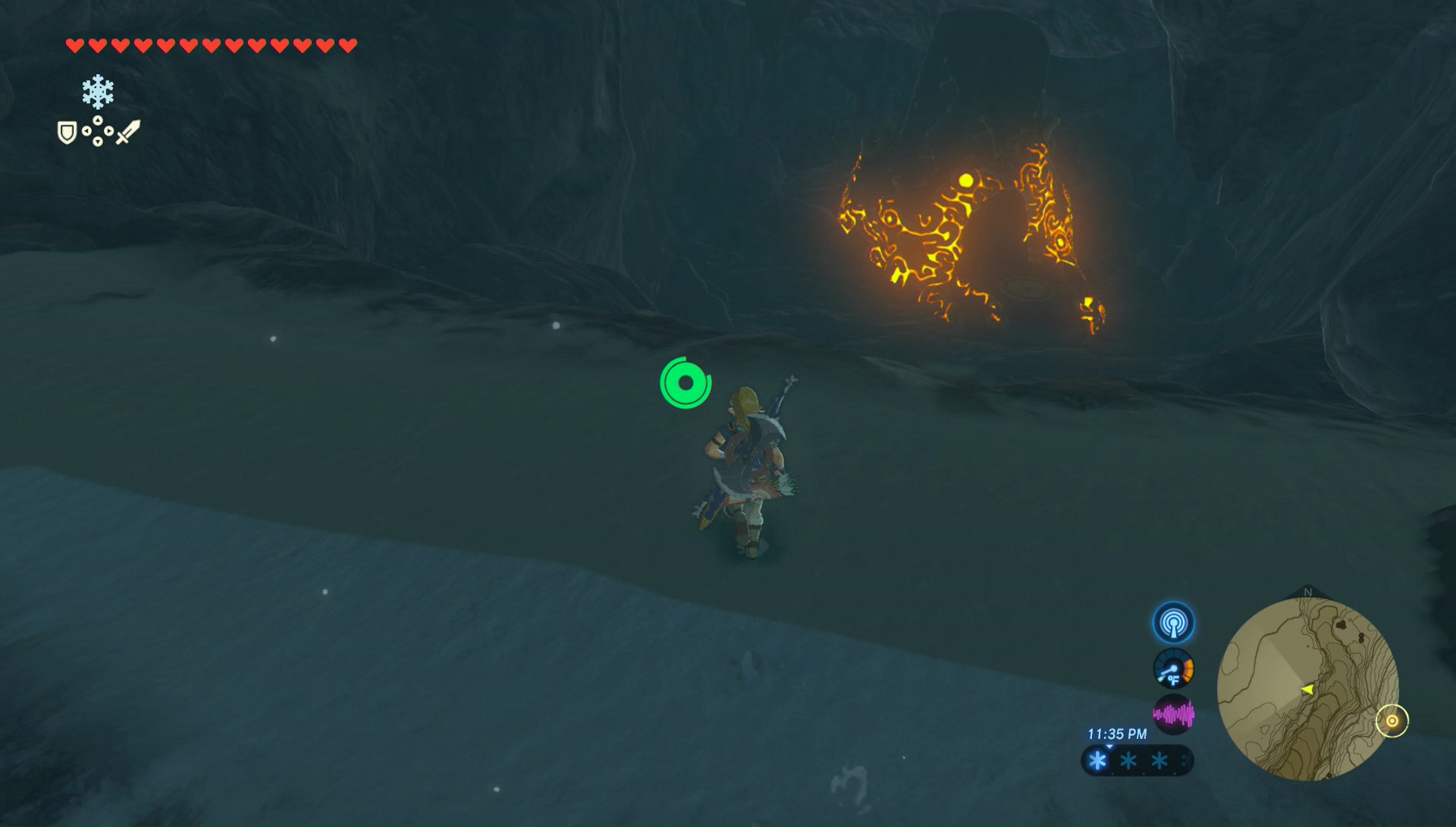 The shrine is another Major Test of Strength shrine. Given its location, it is very likely that this is not the first time you’ve done a test of strength shrine, and even likely that it is not the first time you’ve done a major one either. There is a Guardian Scout and he is very powerful. It will take quite a few hits to take him down, so be sure you have some powerful weapons as well as some food to eat. Early on in the battle, try to perform some Perfect Dodges, followed by flurry rushes to do maximum damage. 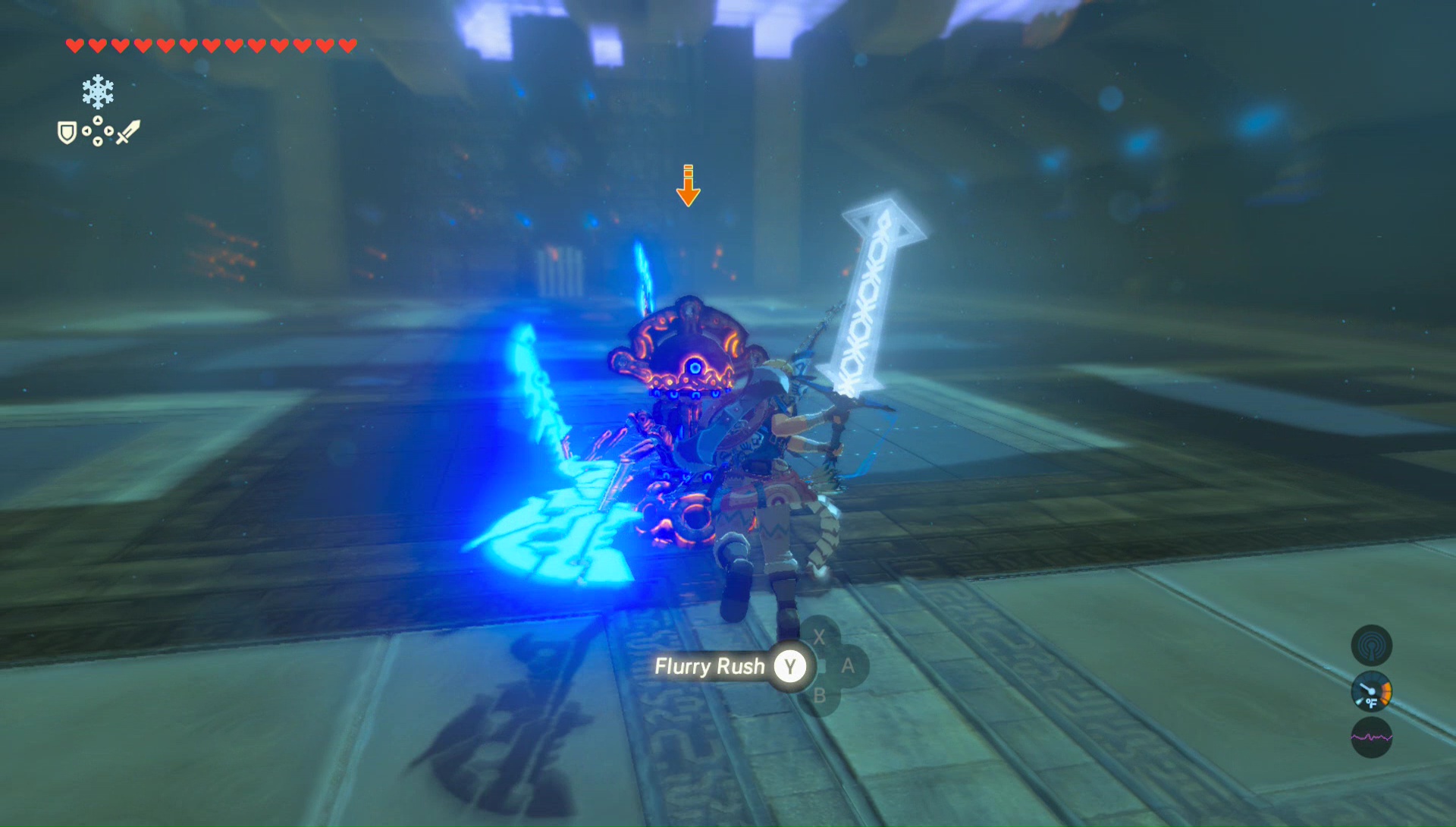 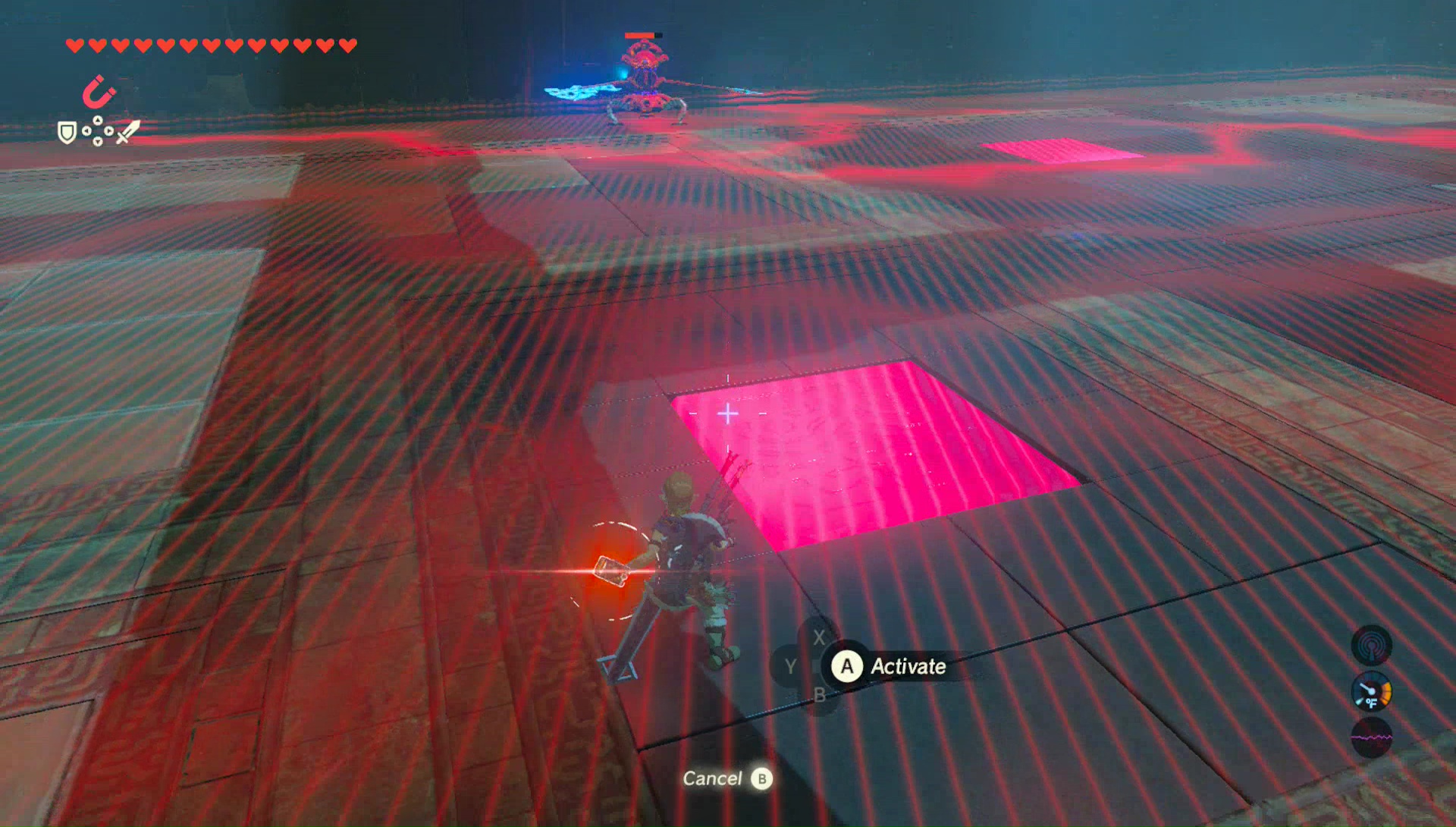 When the guardian leaps back to perform his massive spin attack, there are no walls to hide behind in this shrine. However, if you use Magnesis, you can pull up platforms from underground. Do so, so that these platforms are right in between you and the guardian. The guardian will knock right into it, allowing you to hit him while he is stunned. 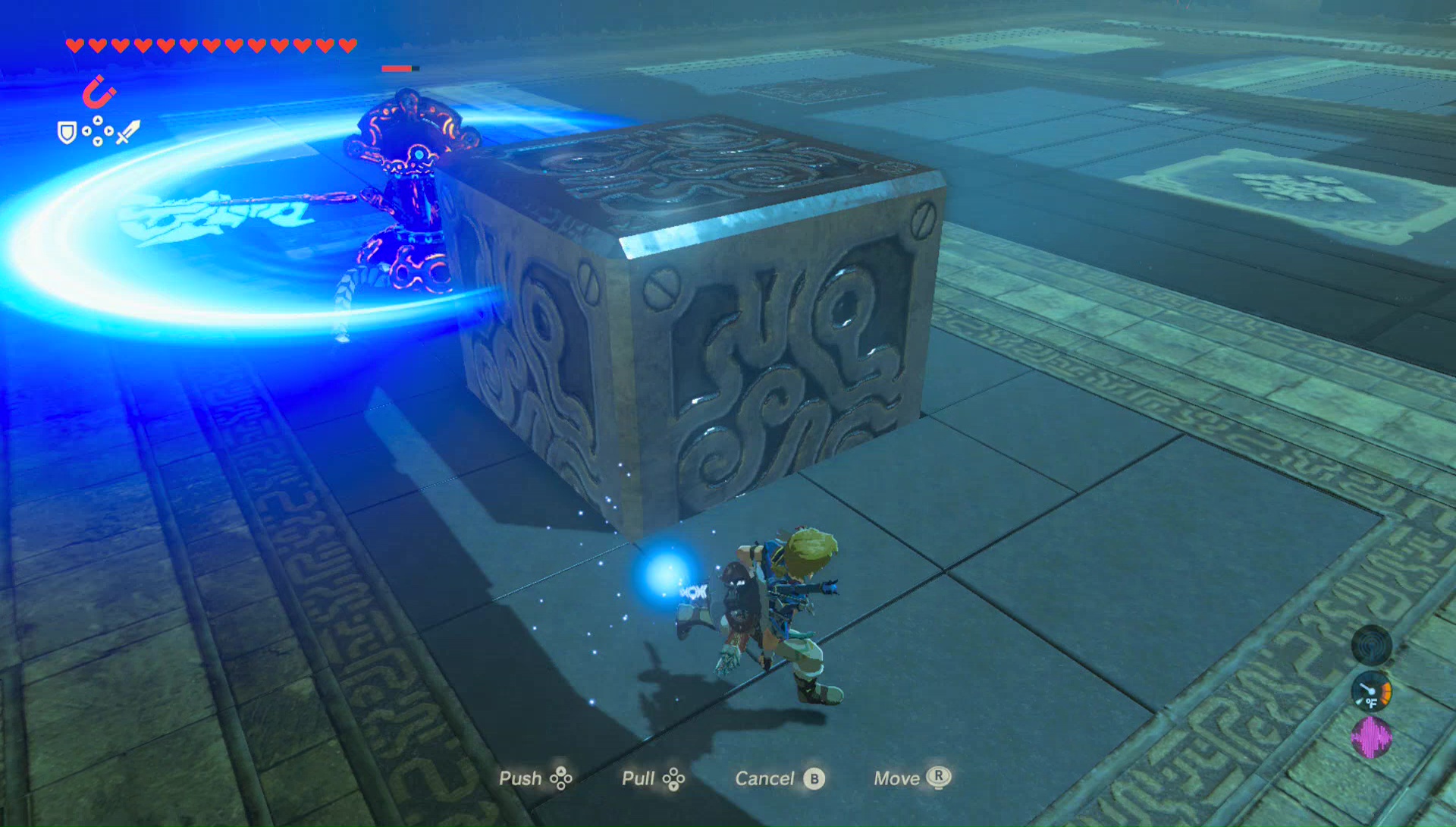 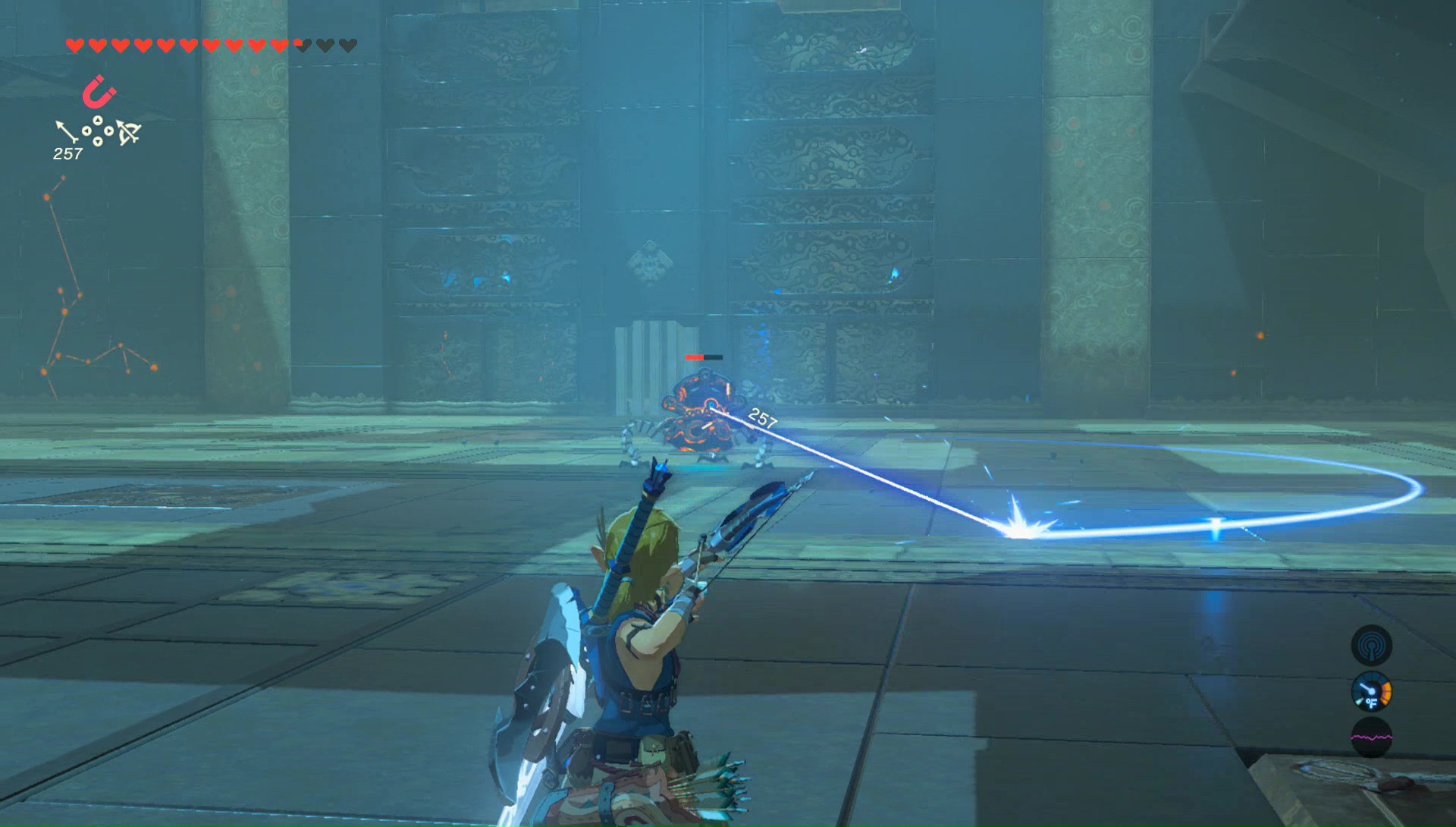 As always, when the guardian is low on energy, it will start using its blue laser attack, creating a circle around it. You can shoot its eye directly with an arrow to stun the guardian. If you want to try to get close, use the updraft and glide right next to the guardian.

In its final attack, it will charge and shoot four consecutive lasers. Just keep on the run and when he is recharging, run up and deliver a number of sword slashes. When the Guardian Scout has been defeated, open up the treasure chest ahead and get a Diamond. Speak with the monk, Mozo Shenno. He will reward you with a Spirit Orb.