When looking for this shrine, drop down into the canyon, as it will make it much easier to find. It is located at the far south end of the Hebra Tower region, and it’s actually closer to the Rito Stable than anything.

Run forward and you will see a gear that is rotating a platform. You can use Stasis on this gear, freezing it in time and depending on how it is setup, the boulder can role across the platform. The goal here is to get the large boulder to roll across so that it can hit the large switch. I find you want to freeze the gear just after the platform is level, so that the left side is slightly higher than the right side. Most likely you will not hit the switch in on one shot, but instead, you can gradually hit it. After several hits, the switch will push all the way in, opening the nearby door. 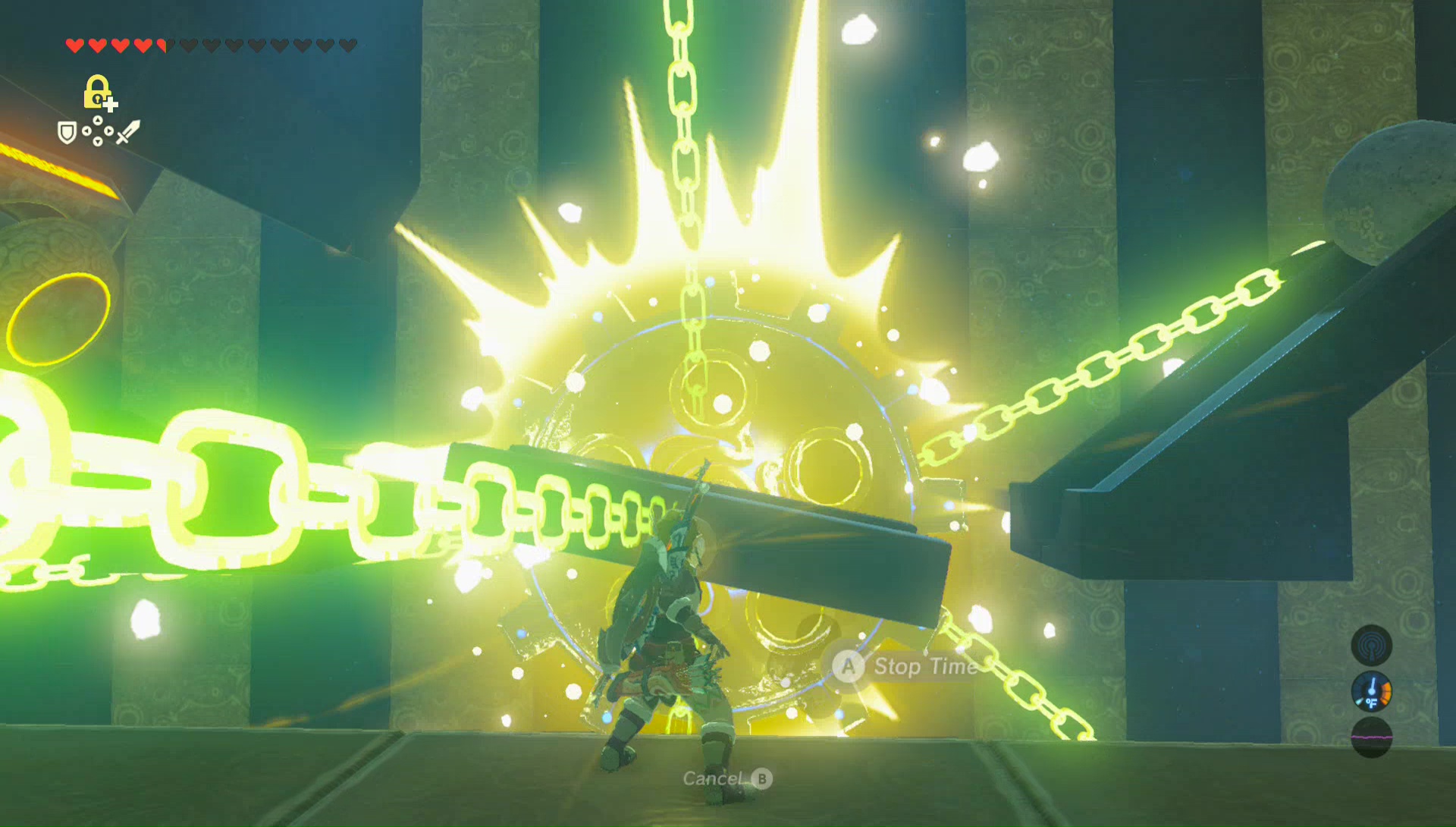 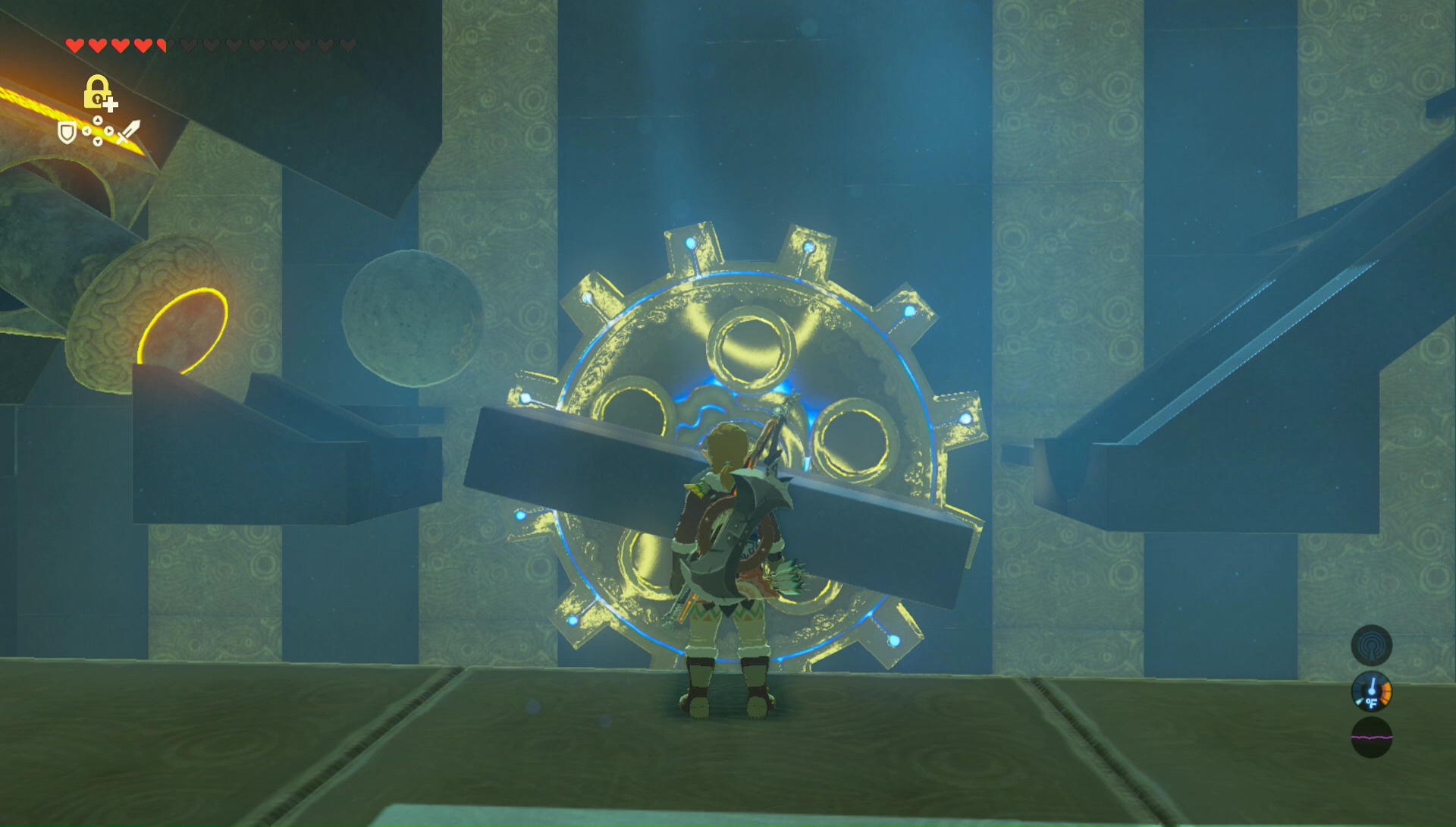 Go through the gate and take the first left. If you glance at the left side you will see a wall of blocks. I recommend walking right up to the edge and then tossing bombs over. Detonate them when they are close by the blocks to knock some of them down, revealing a switch behind it.

Now walk over so that you are straight ahead from where the switch is. There are some large barrels nearby and you want to lift one up, placing it down right by the edge. Use your Stasis ability to freeze it in time and then hammer away with a weapon. Hit the barrel a bunch of times to increase its kinetic energy. If aimed properly, it will hit the switch all the way in, opening the nearby gate. Run over and open the treasure chest to get a Falcon Bow. 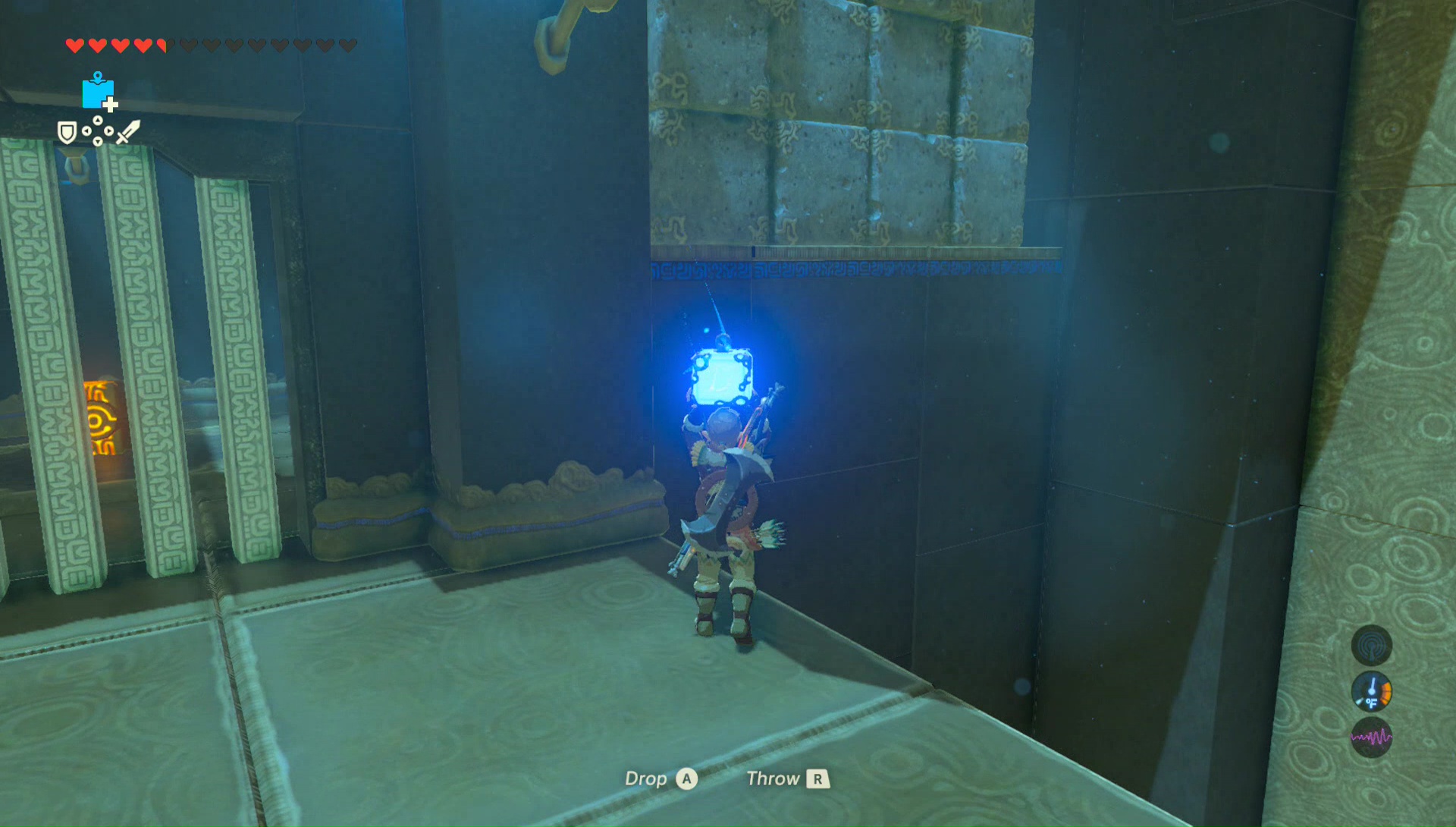 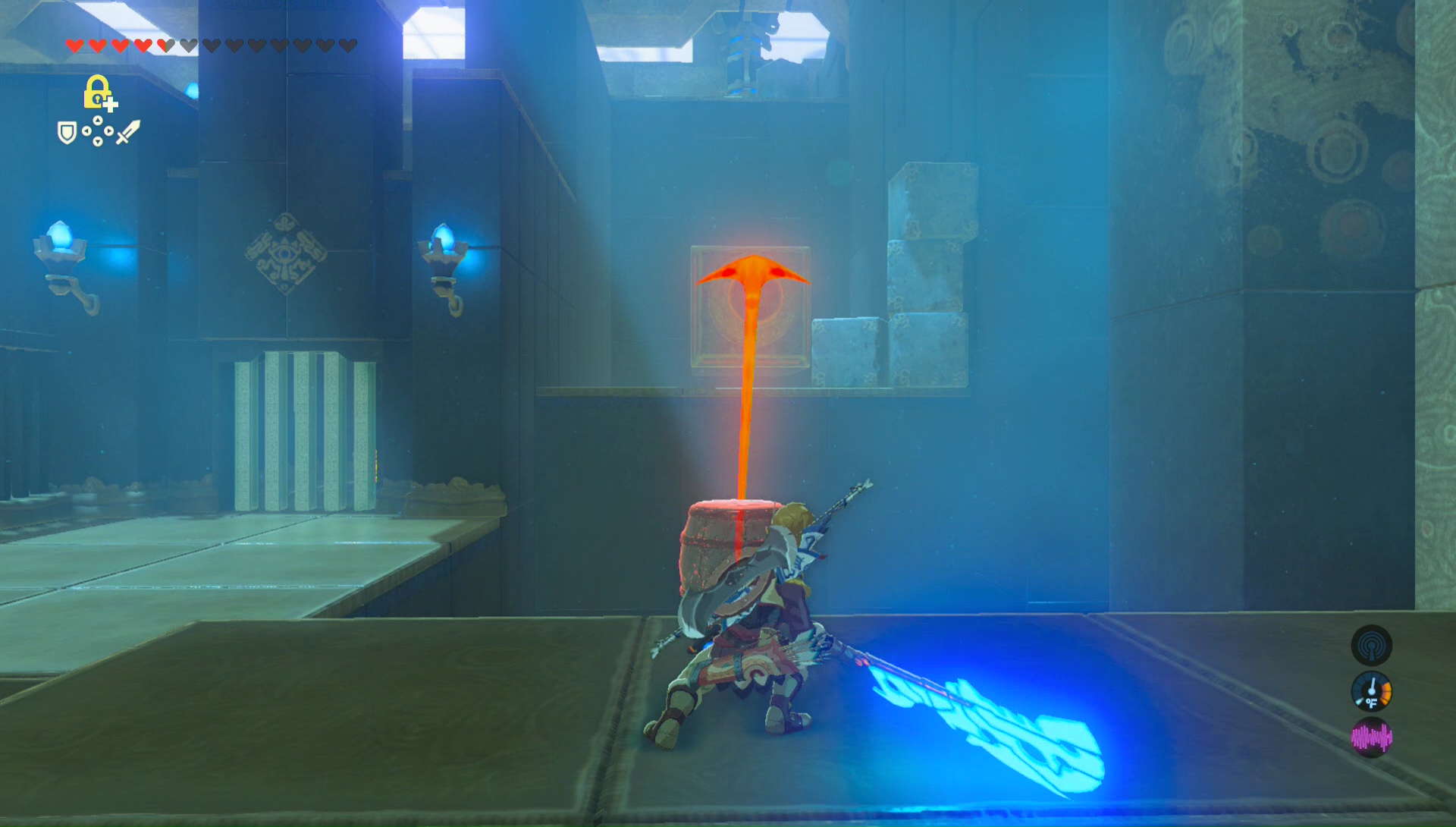 Now make your way to the next area, just behind where the barrels are. Down below you will see a large boulder. Push it so that it is closer to the ramp and then use Stasis on it. Hit it so it will move in the direction of the ramp. This one doesn’t need to be hit too many times. Hit it so that it rolls over the ramp and lands on the switch. Run ahead and open the treasure chest to get a Great Thunderblade. 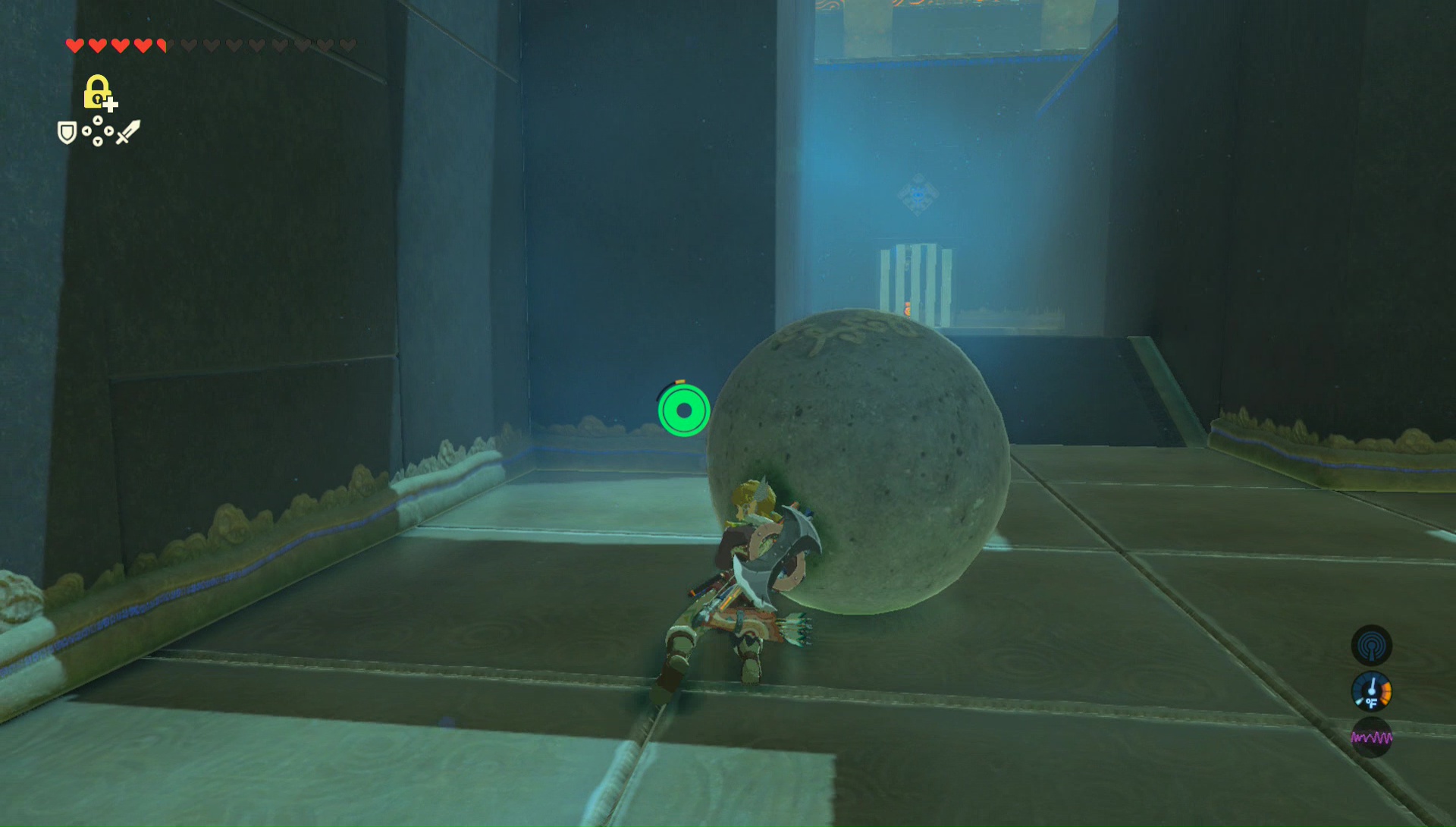 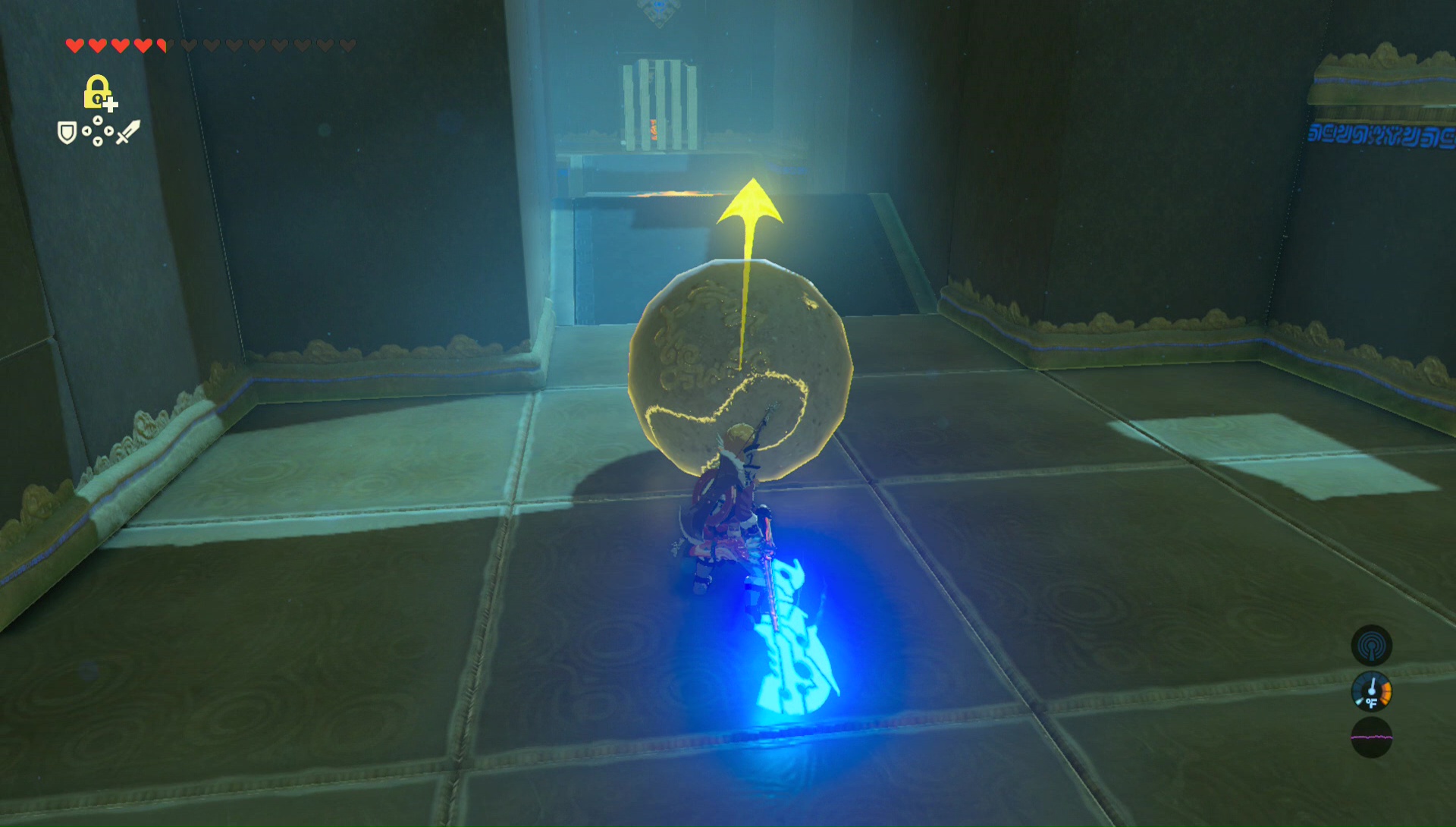 In the main part of this large room you will find a massive bridge just standing vertically. On the other side of the bridge is a switch on the ground. What we want to do is hit the bridge so it falls over, landing on the switch. To do so, we will once again need to use our Stasis ability. Bring over one of the barrels that are nearby and then freeze it with Stasis. Hit it with large two handed weapons until the arrow turns red. This will give it enough momentum to knock the bridge down, landing on the switch. 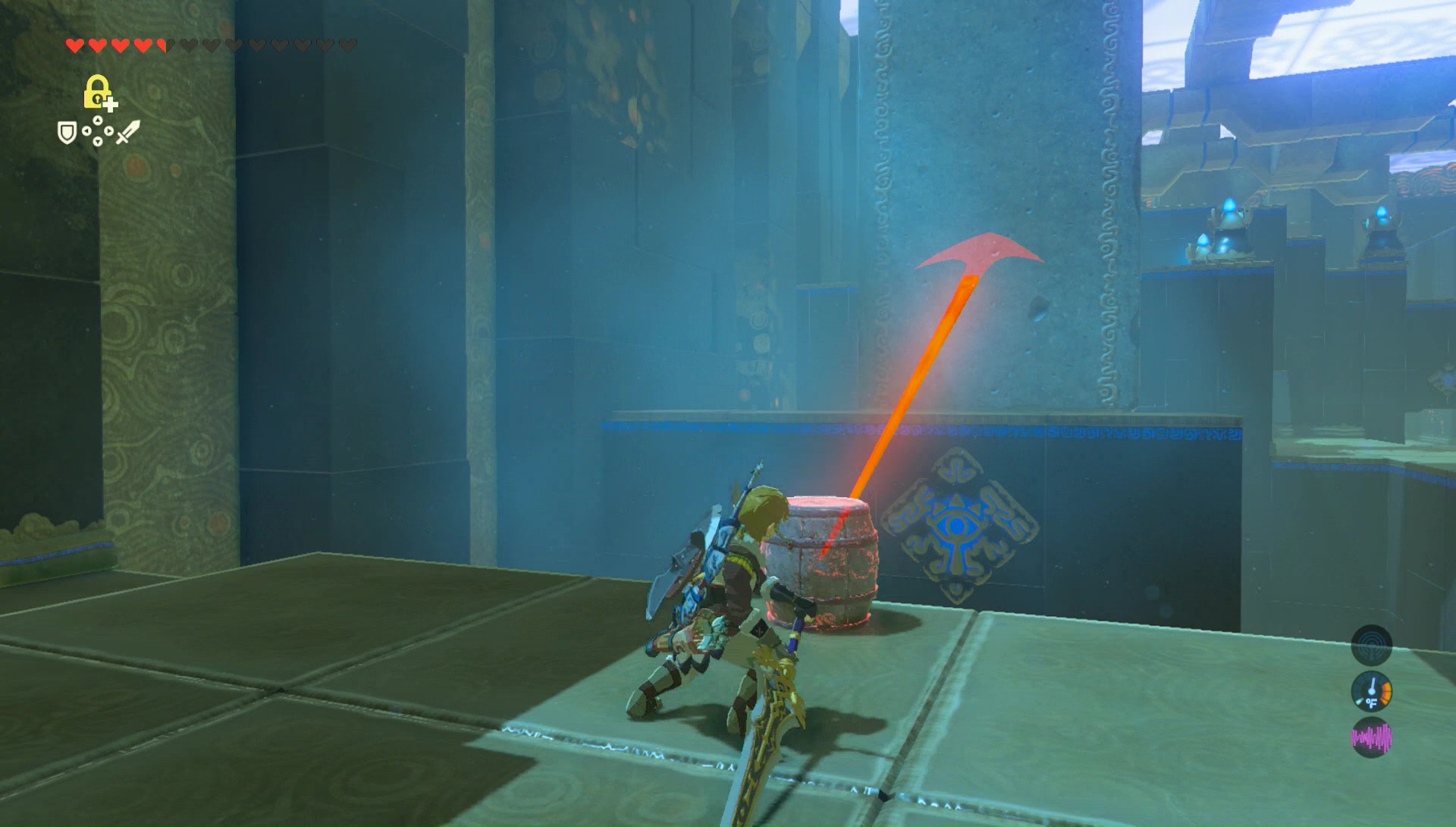 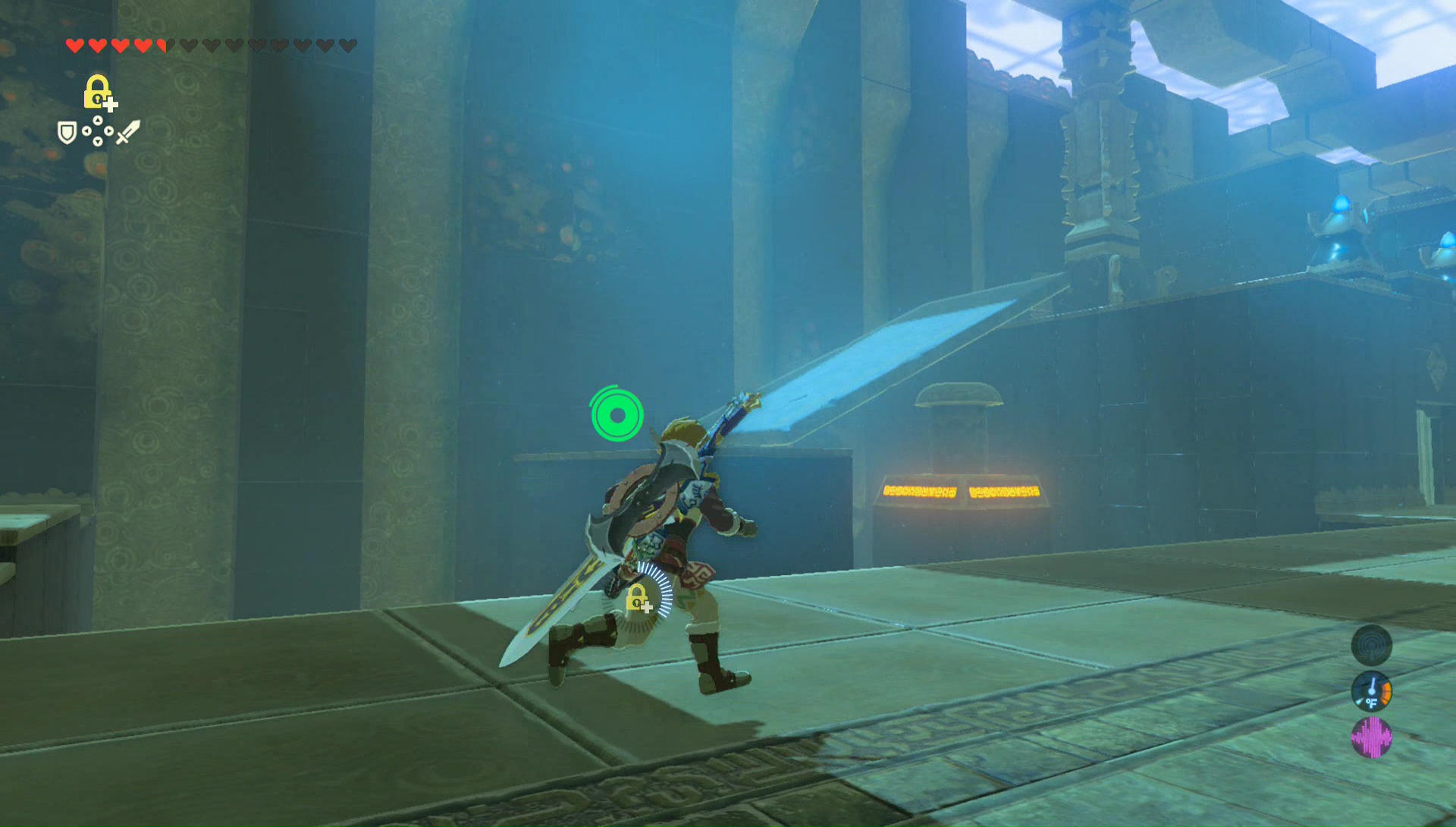 Run over and speak with the monk, Dunba Taag. He will reward you with a Spirit Orb.