The actual Shrine Quest can only be activated after you have completed the Vah Ruta Dungeon. However, you can go through all of the same steps prior to completing the dungeon and complete the shrine. You just won’t get the Shrine Quest objective highlighted in your inventory.

You can walk around Zora’s Domain and you’ll find a child Zora by the name of Laruto. If you talk to Laruto after completing the Vah Ruta Dungeon, it will trigger the Shrine Quest The Ceremonial Song. If you assign the Shrine Quest on your map, you will see that the target location is in the water, just beneath the western bridge that leads out of Zora’s Domain. 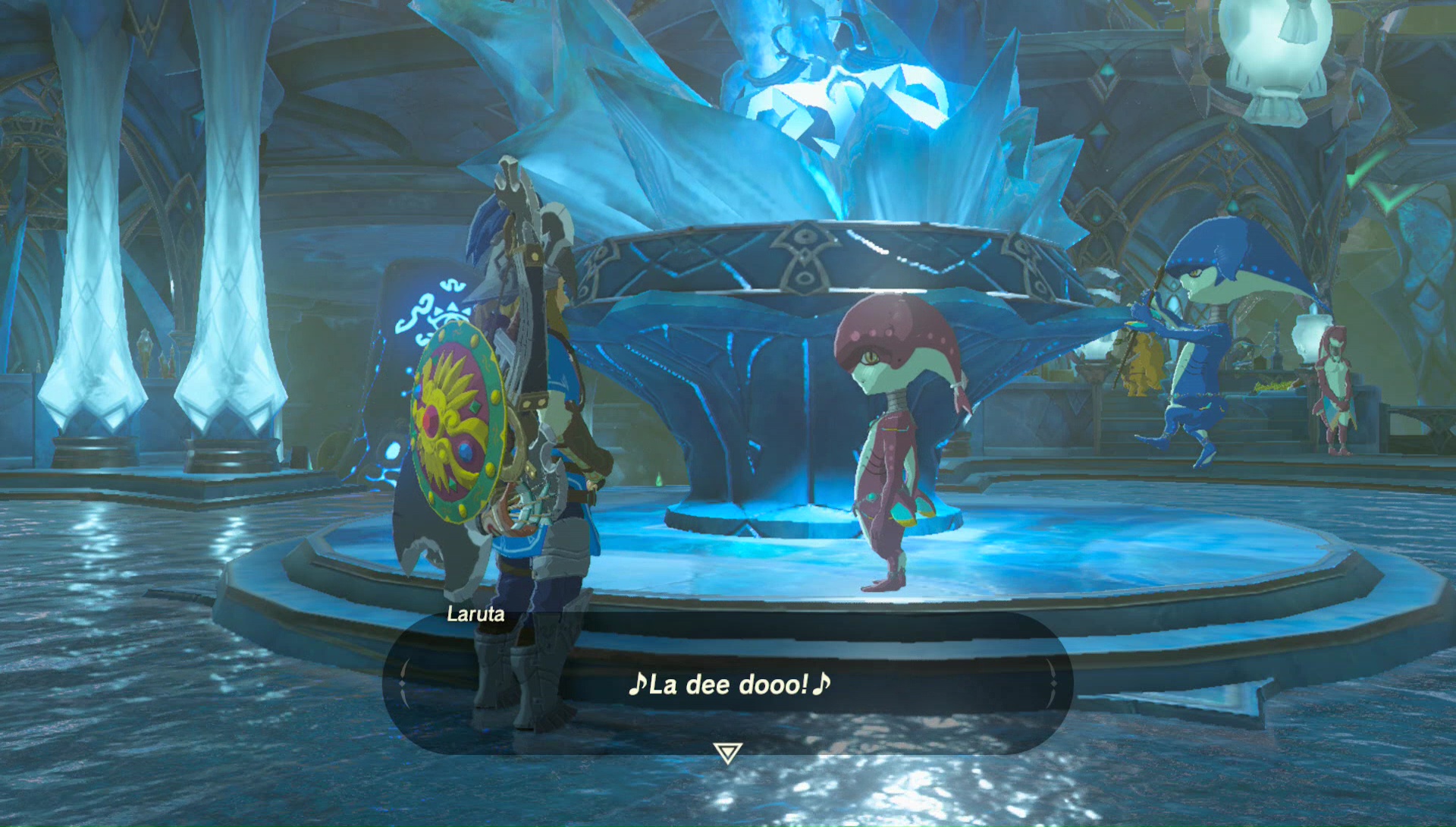 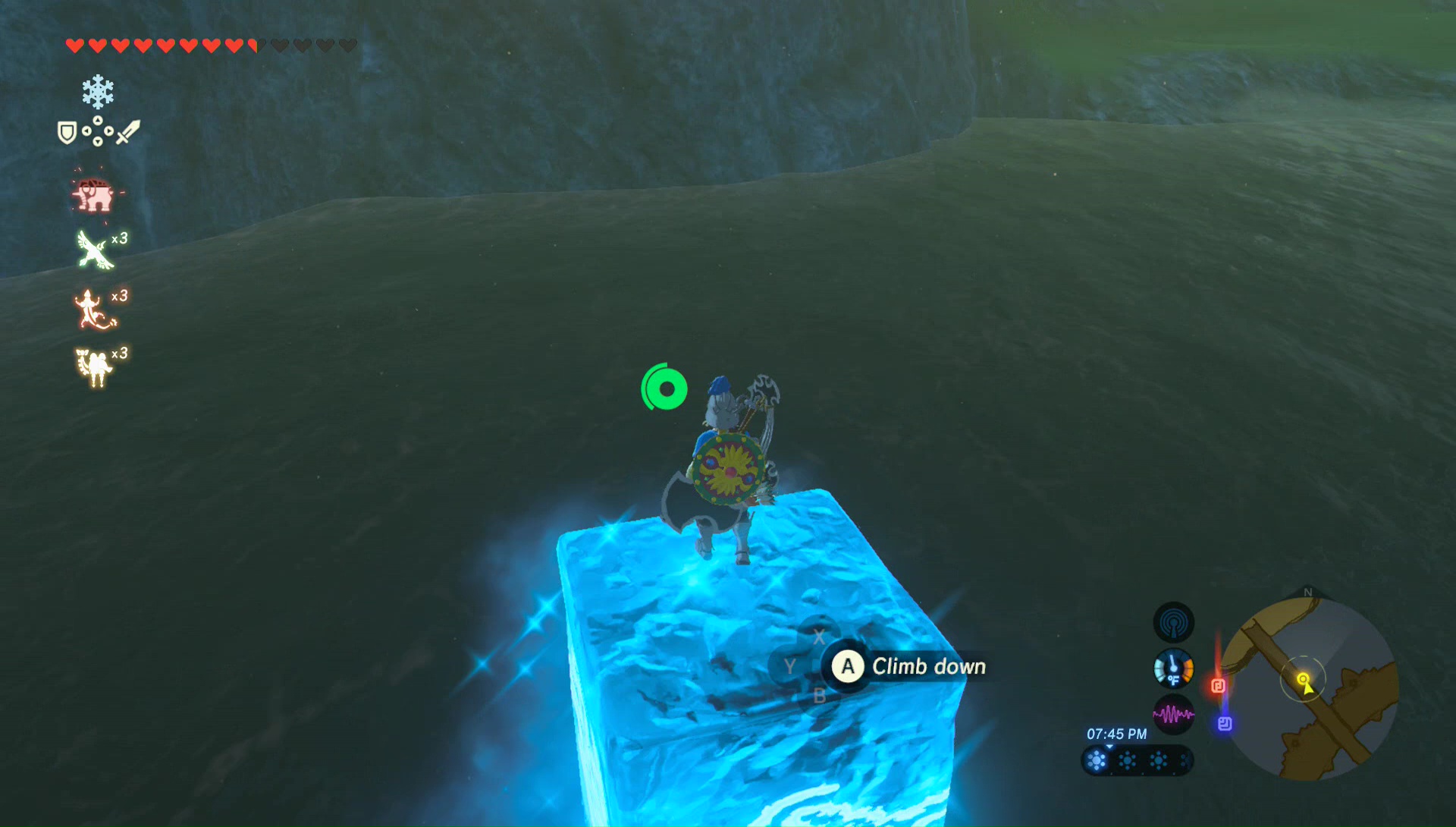 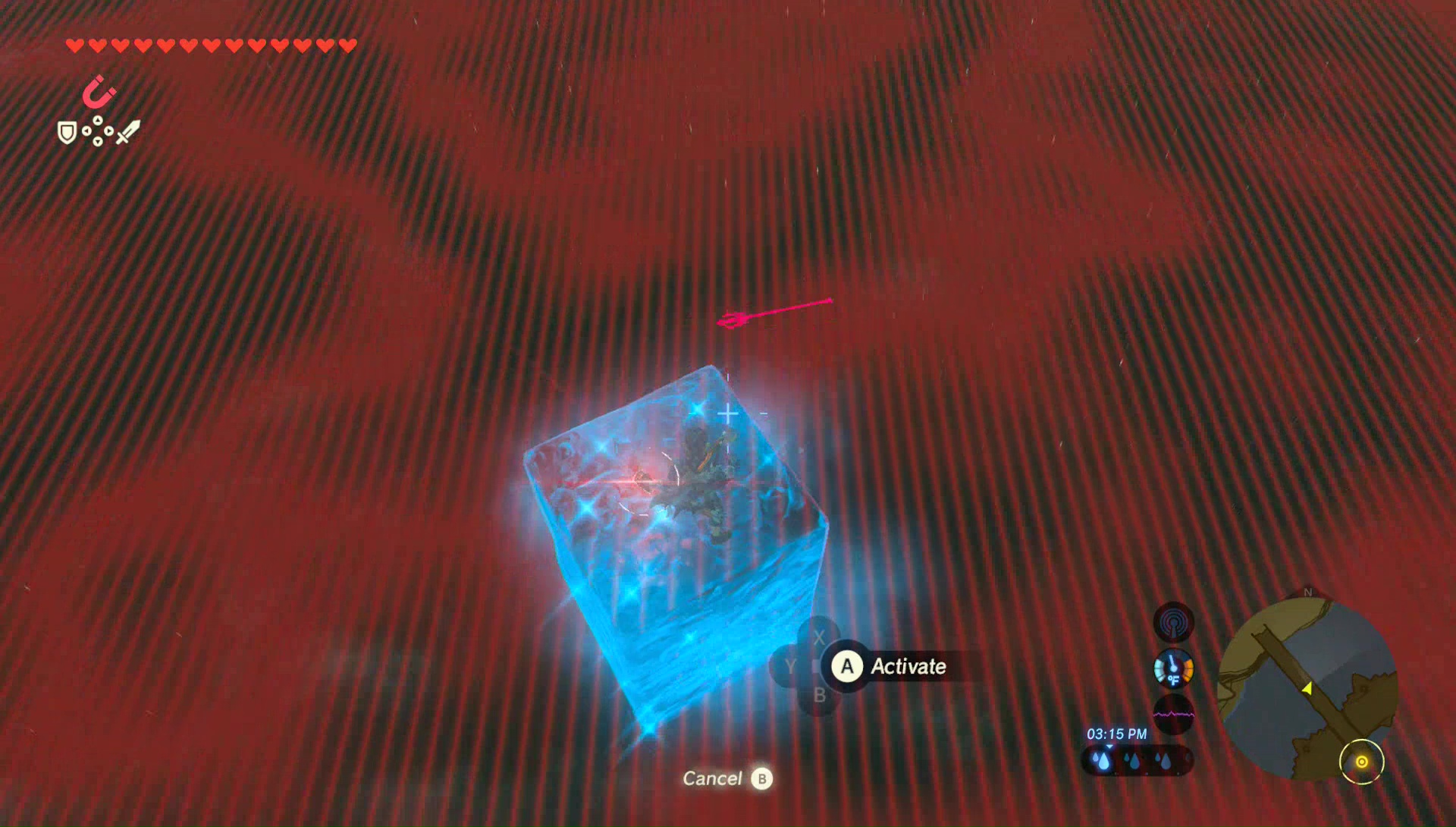 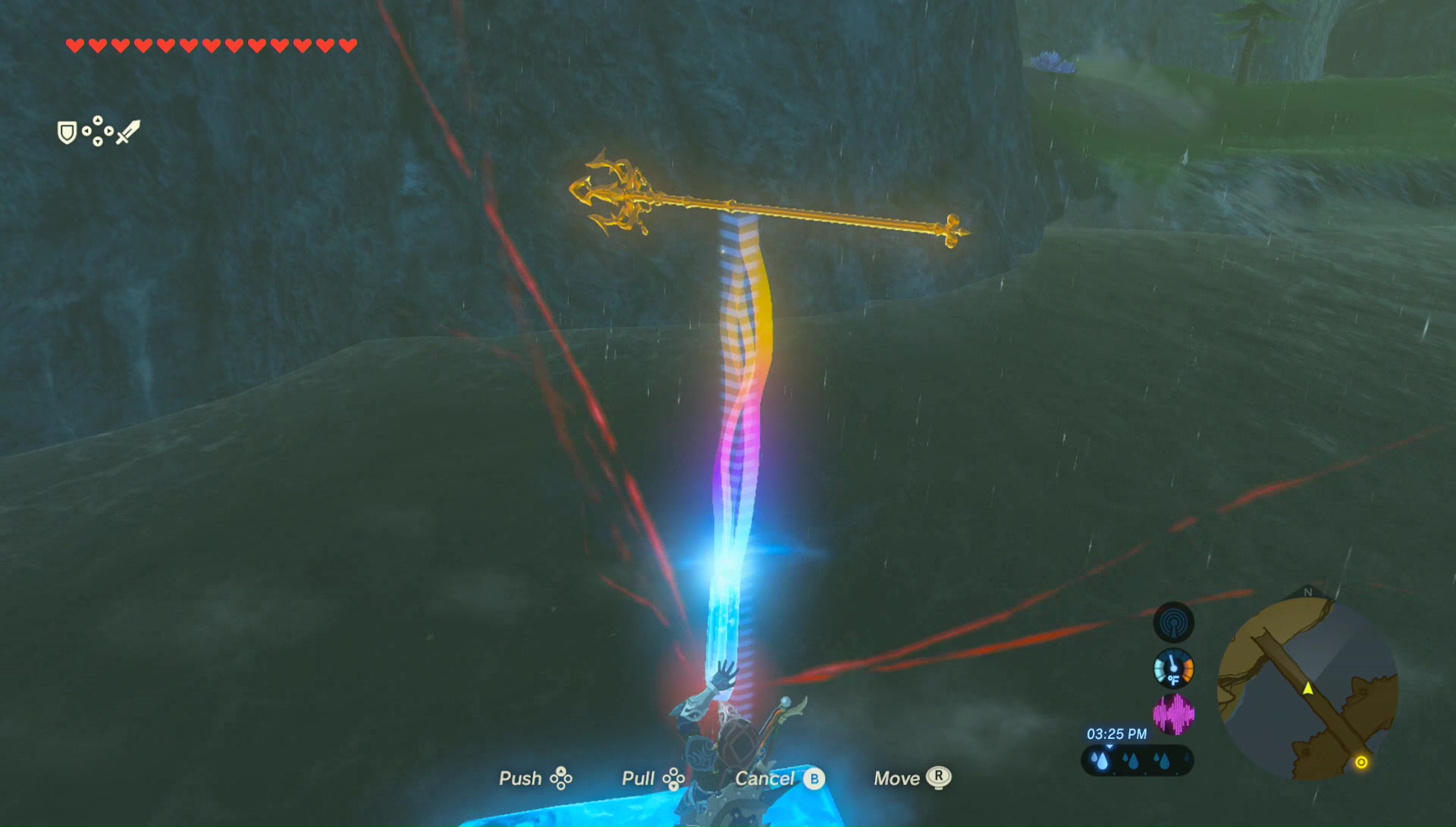 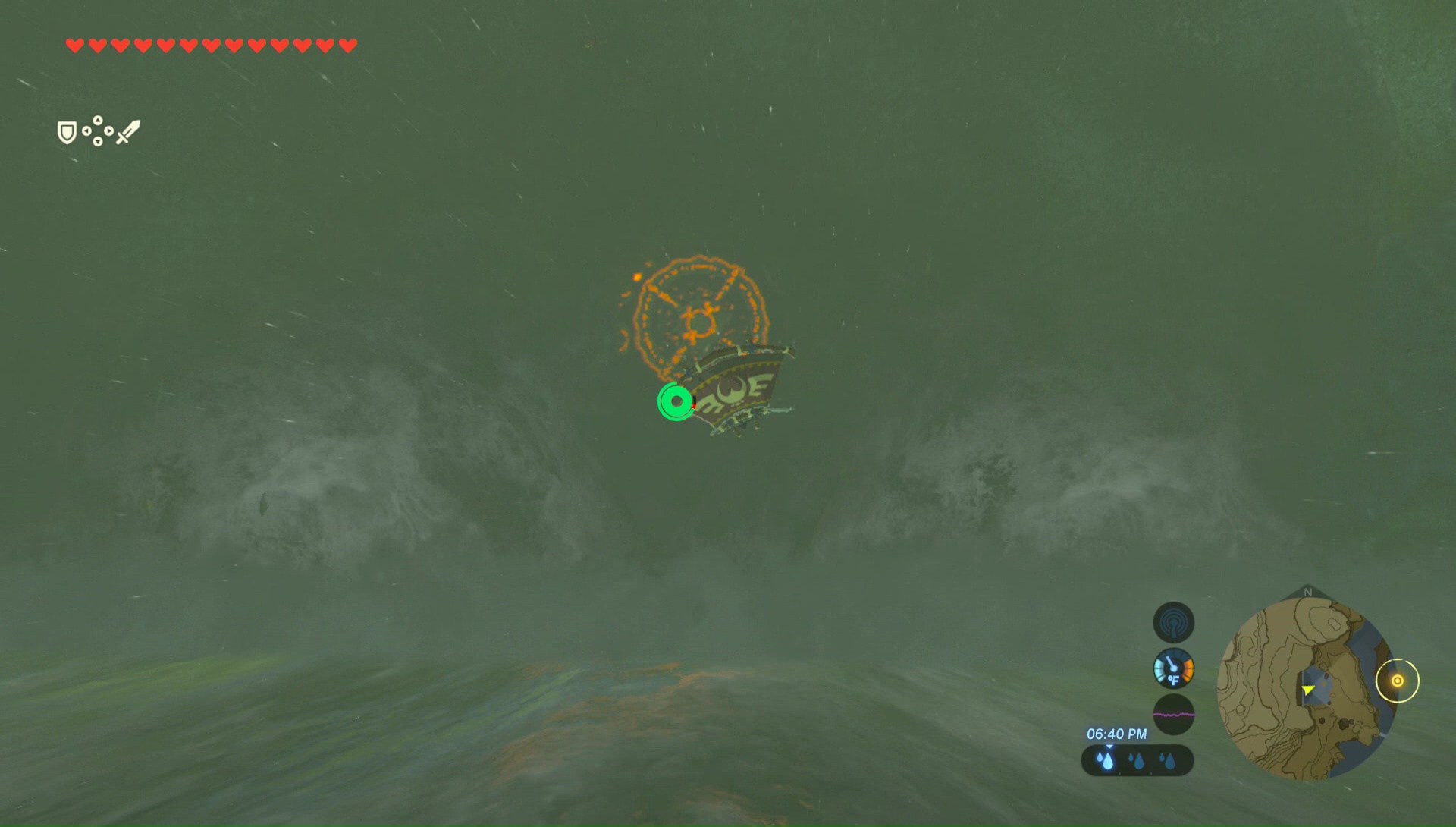 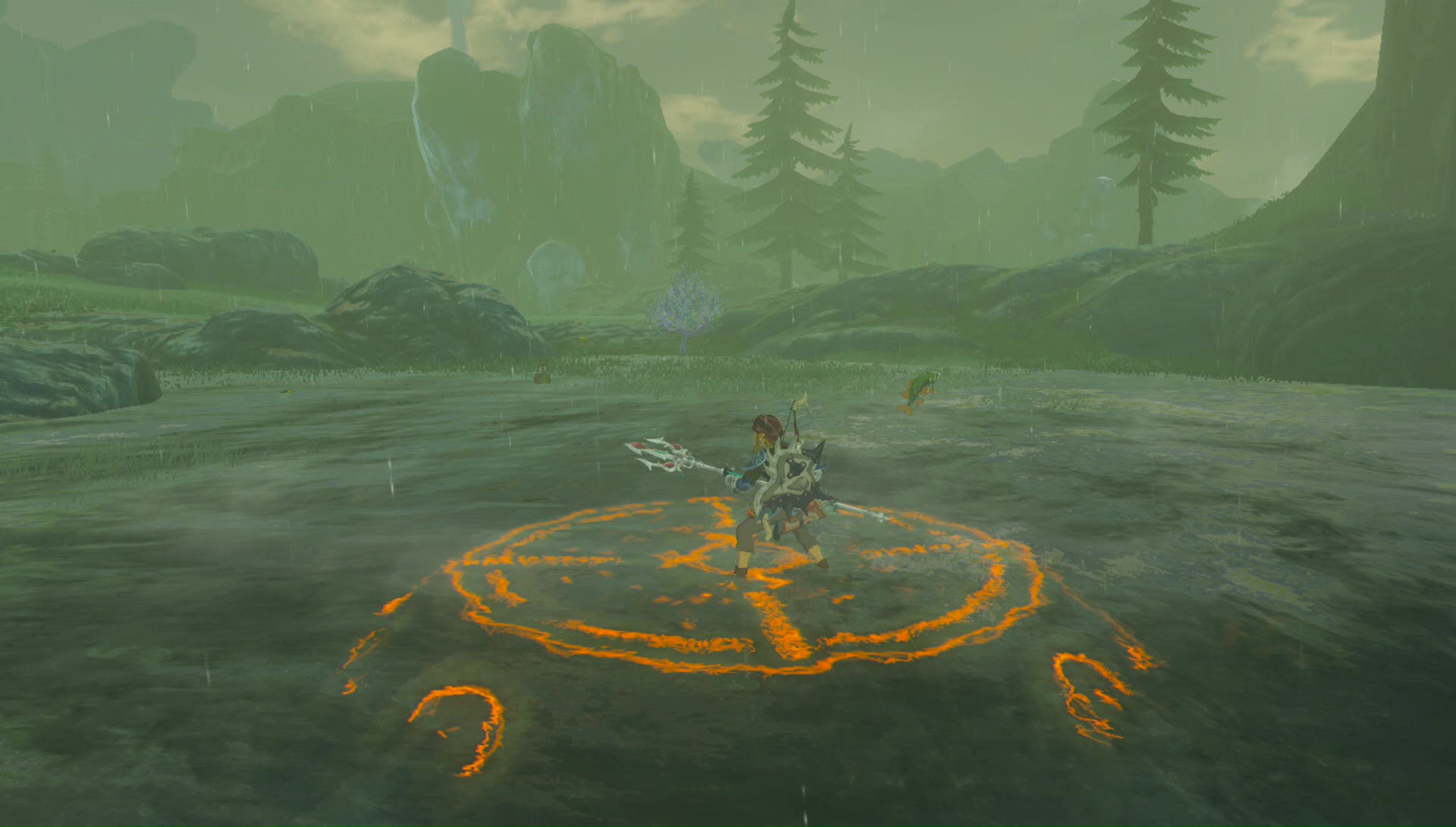 Inside the shrine, just run up to the treasure chest and open it up to get a Silver Rupee. Then speak with the monk, Dagah Keek. He will reward you with a Spirit Orb.